Amazon founder Jeff Bezos to head for space, know all about the launch timing, live webcast and its India connection

One of the engineers who built New Shepard, the suborbital rocket by Blue Origin that will take Bezos and three others to the edge of space, hails from Kalyan near Mumbai in Maharashtra.

New Delhi | Jagran World Desk: Amazon founder Jeff Bezos’ spaceflight company Blue Origin is all set to carry the billionaire business tycoon to the edge of space in its New Shepard rocket. A total of four people will travel to space with Bezos, who will go up to 100 km above earth’s surface and will return back the same day. The complete timeline of the flight in the air will last for 10-12 minutes.

The 60-feet-tall New Shepard contains a reusable rocket booster and capsule. The capsule is fully autonomous and thus does not require a human pilot.

July 20, 2021, marks the 42 year-anniversary of Neil Armstrong and Buzz Aldrin’s moon landing in Apollo 11 Lunar Module Eagle, the first humans to place their feet on Moon.

One of the engineers who built New Shepard, the suborbital rocket by Blue Origin that will take Bezos and three others to the edge of space, hails from Kalyan near Mumbai in Maharashtra.

Also Read
These 4 countries are reporting a spike in daily COVID-19 cases; read to.. 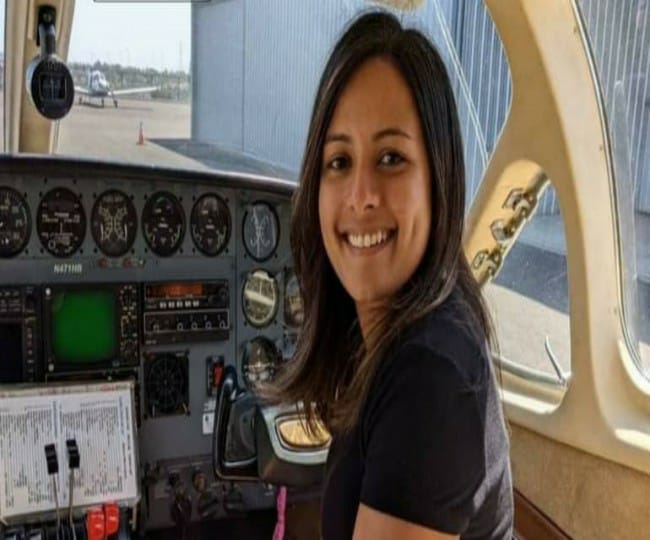 Sanjal Gavande, a 30-year-old mechanical engineering graduate from Mumbai University, had earlier applied to NASA but could not secure the job due to citizenship related issues. Sanjal is working with Blue Origin since April this year, after pursuing her higher studies from Michigan Technology University. Gavande has also worked for the marine engine division of Mercury Marine as a design analysis engineer. After three years at Mercury Marine, she joined Toyota Racing Development as a mechanical design engineer.

"People told us that she is a girl, so why has she opted for mechanical engineering? I also thought sometimes about whether she would be able to handle such hard work. She has now made us all proud. She had a dream of design aerospace rockets and she has achieved it," Sanjal’s mother Surekha told India Today.

Jeff Bezos will be accompanied on the spaceflight by his 53-year-old brother Mark Bezos, an 82-year-old former pilot Wally Funk, and Oliver Daemen, 18.

Jeff Bezos’ spaceflight: Launch timing, where to watch it live?

The launch is scheduled to take place at 6:30 PM (IST) on July 20. The live webcast will begin from 5:00 PM (IST) on blueorigin.com, where people from all over the world can view the launch of New Shepard.