Tisca Chopra wishes Mirabai Chanu for her silver medal at Tokyo Olympics, gets brutally trolled by netizens; here's why

New Delhi | Jagran Trending Desk: Indian weightlifter Mirabai Chanu won the silver medal and gave an amazing start to the Indian contingent at Tokyo Olympics 2020. The 26-year-old won the medal in the 49kg category and lifted a total of 202kg (87kg+115kg). Chanu created history as she became the first-ever female weightlifter to win a silver medal in weight lifting for India and second Indian to win a medal in weightlifting.

Soon after her win, an influx of congratulatory messages started to pour in. All the prominent personalities from Prime Minister Modi to Riteish Deshmukh AR Rahman, Mahesh Babu, Kunal Kemmu praised her for her win

Among them, Tisca Chopra’s congratulatory message raised many eyebrows, as the actress tweeted, “You make us proud girl! @mirabai_chanu #Tokyo2021 #Olympics2021 #indiaattheolympics." 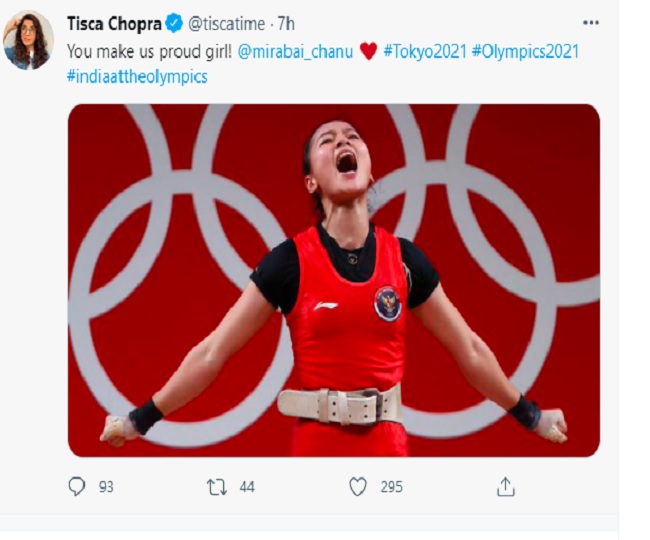 However, Tisca's tweet carried the picture of Indonesian weightlifter Aisah Windy Cantika’s. Soon after, people over Twitter started to troll the actress, where one user said “She is not even Mirabai. She is the Indonesian lifter who won bronze." While another said, “Putting the wrong image for a national hero is so disrespectful." 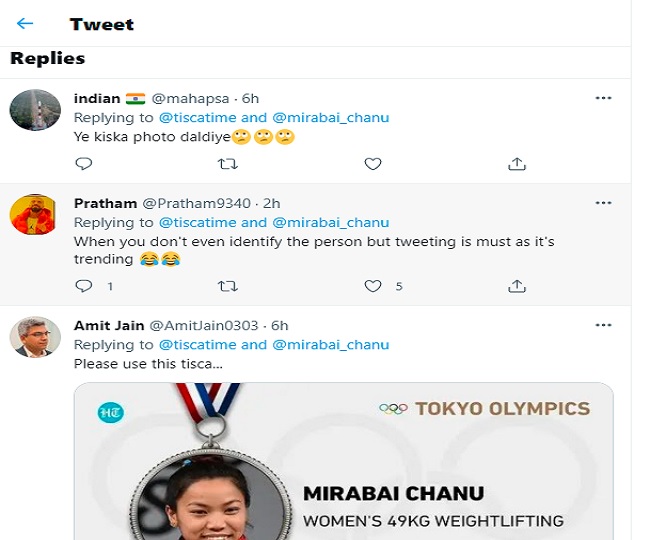 However, after facing a lot of criticism the actor took down her tweet. The tweet was there on her Twitter handle for 3 hours. Tisca's last appeared in 'Good Newwz' which was directed by Raj Mehta and produces by Karan Johar.

Meanwhile, the Bollywood actress is all set to direct a film now and the shoot of the film will take place by the end of this year. While talking about the actress's acting career then Tisca has multiple projects in her kitty including ‘Penthouse’, ‘Secret’, ‘Screwdriver’, ‘Kakasparsh’, and ‘Rashna: The Ray of Light’.

Recently in another incident, Alia Bhatt took to her Instagram and posted a good luck message for the entire Indian contingent competing in the Tokyo Olympics 2020. However, the actress posted an old pic featuring Sushil Kumar