Teen YouTuber Who Left Home After Spat With Family, Found In Train Coach In MP

A teen YouTuber who ran away from home after spat with family was found inside a sleeper coach in Madhya Pradesh's Itarsi railway station.

A famous YouTuber who goes by the name of ‘Bindass Kavya’, left her house after she was scolded by her father. According to the parents of a 16-year-old YouTuber, she went missing on September 9, 2022. However, on Saturday, the teen was found inside a train coach at a Madhya Pradesh railway station, the police said.

The girl hails from Maharashtra's Aurangabad and was found in a train coach at Itarsi railway station. The parents of the YouTuber live-streamed their entire journey and the anxiety they faced while traveling from Maharashtra to the neighbouring state Madhya Pradesh after the police informed them that their daughter has been found. Ever since the parents of the 16-year-old live-stream their journey, the video is doing rounds on the internet.

Kavya Yadav's YouTube channel 'Bindass Kavya' has over 44 lakh subscribers, and is managed by her mother. The girl's parents appealed to the subscribers to help find their daughter through a YouTube live.

Also Read
This Temple In Thailand Is Now Without Monks After All Fail Drug Tests;..

"We have been looking for her since last night ... We have filed an FIR. If anyone sees her, please let us know," her father said as his wife sat next to him in the car. 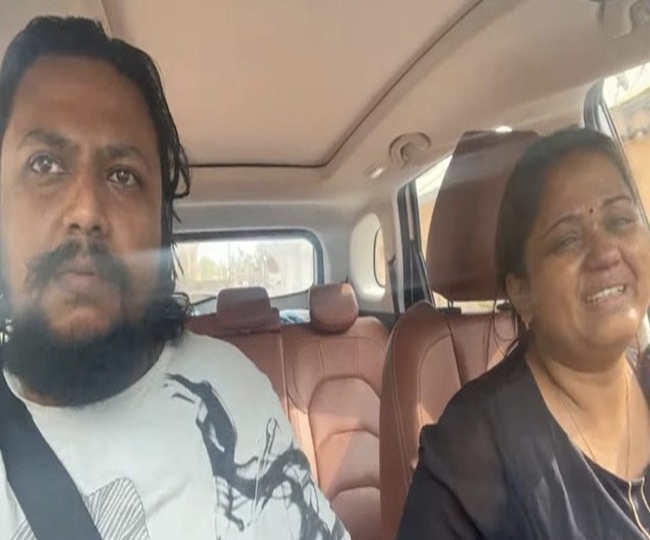 Screenshot of the video

A popular YouTuber from Aurangabad ran away from home after being shouted at by her father and was found in a train coach at Itarsi railway station.Once found, her parents live streamed their reaction when on their way to pick her up @ndtv @ndtvindia pic.twitter.com/7lKpDHqWYK

How was the girl traced?

As the 16-year-old went missing on September 09, her parents filed a missing complaint at Aurangabad police station. Later, her picture was shared with the Government Railway Police (GRP) in Itarsi.

As soon as the information was received from Chhaoni police station limits in Aurangabad, an intensified search was made on trains arriving at the Itarsi railway station, news agency PTI reported. The railway station is nearly 500 km away from the Maharashtra district.

Later, the girl was found in Kushinagar Express from Bhusawa. The 16-year-old was located in a sleeper coach of the train on Saturday. After the girl was found, the GRP informed the Aurangabad police as well as Kavya's parents.

While travelling to Itarsi to pick up the YouTuber, her parents once again took to YouTube and shared the information that their daughter has been found. "Kavya has been found. She was on her way to our village in Lucknow," the father said.