Kili rose to fame after he lip-synced a video on the song "Raatan Lambiyan" from Siddharth Malhotra and Kiara Advani-starrer "Shershaah" with sister Neena Paul.

New Delhi | Jagran Trending Desk: Internet sensation, Tanzanian boy Kili Paul in a very short time span has managed to gather a large fan base. Kili Paul is known on the internet for his famous lip-syncing videos and dancing to Bollywood songs. Every now and then, he attracts the limelight but in an unfortunate event on Sunday, Kili was attacked and beaten with sticks by some unidentified people.

Taking to Instagram on Sunday, Kili himself confirmed the news of the attack and said that he was attacked by 5 individuals with Knife and in the attack, he was injured.

His story included a picture of himself on a stretcher with the caption, “People want me down but God will always take me up. Pray for me”.

In another Instagram story, Kili wrote, "I was attacked by 5 people in the movement of defending myself. My right-hand toe was injured by a knife and I got 5 stitches. I was beaten by sticks and clubs, but thank God, I defended myself after beating two people. They ran away but I was already injured. Pray for me."

Take a look at his Instagram update on the whole situation here: 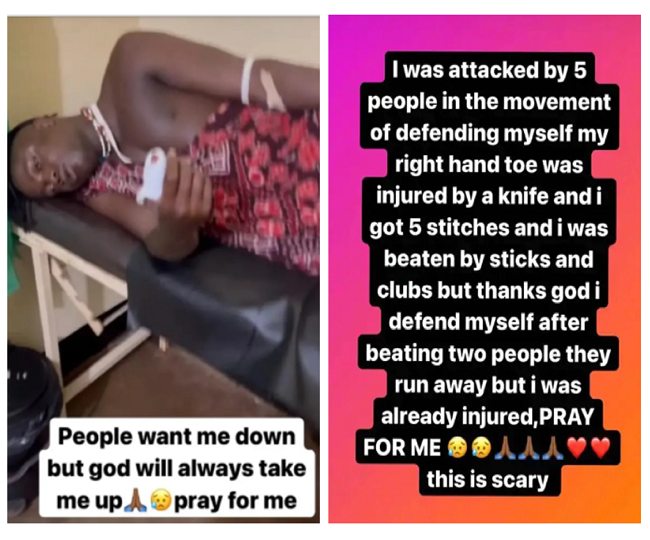 Meanwhile, the Indian High Commission in Tanzania in February this year had honoured Kili. He had posted about the award on his Instagram handle. He was also praised by Prime Minister Narendra Modi in feb. Paul thanked PM Modi, saying he is "mind blown".

Let us tell you that Kili rose to fame after he lip-synced a video on the song "Raatan Lambiyan" from Siddharth Malhotra and Kiara Advani-starrer "Shershaah" with sister Neena Paul. He instantly went viral on social media last year.

PLT IN SECOND = 0.003258327
Jagran English brings you all the latest and breaking news from India and around the world. Get live English news from India, World, Politics, Entertainment, Lifestyle, Business, Education, Sports, Technology, and much more. Follow english.jagran.com to stay updated with the latest English news.
Copyright © 2022 Jagran Prakashan Limited.