In the video, this little innocent dog interrupts the actor's performance as he is seen lying on the ground.

New Dehi| Jagran Trending Desk: We all have heard that dogs are called man's best friend but here is a proof that makes it clear that canines are always going to be there for us. A heartwarming video is doing rounds on social media in which a stray dog comes to check on a street actor who pretends to be injured in a play.

In the video, this little innocent dog interrupts the actor's performance as he is seen lying on the ground. This dog thinks the man is hurt for real thus he rushes to check on him by rubbing his face against the man before he is patted and stopped by other actors in the play.

The heartwarming moment was captured during a theatrical performance in Turkey earlier in September, where actor Numan Ertuğrul Uzunsoy played a character who had been injured. 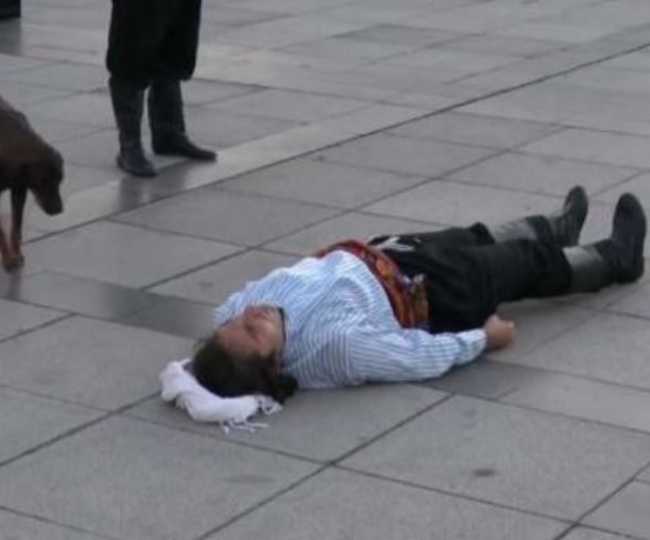 Numan while talking to The Dodo said, "The character I played was injured and in great pain. He’d fallen off a horse and was breathing hard. I felt warmth on my face. First, I thought my co-star was approaching me. I was very happy when I felt the dog’s kisses. I was very touched. He was like an angel who wanted to help me. It was a very emotional moment for me. I was not expecting it.”

Numan went to the same place to look for the adorable dog.

Also Read
'Artemis Mission': NASA plans to land first woman and next man on Moon in..

He said, "The next day I went to the same place, looking for him. People told me he usually hangs out there. I went again today. I’ll look for him until I find him. I’ve always loved animals.”