An imitation of a giant doll featuring in South Korean survival drama 'Squid Game' was launched this week at a Seoul park and will be on display till November 21.

Seoul | Jagran Trending Desk: We have enjoyed our share of the popular Netflix series 'Squid Game' but it seems the world can't get enough of it. Be it the games or characters everything related to Squid Game is trending nowadays. Recently, the popular giant doll 'Younghee' which featured in the game Red Light Green Light has made it to the Olympic Park of Seoul for the fans.

An imitation of a giant doll featuring in South Korean survival drama 'Squid Game' was launched this week at a Seoul park, giving fans and curious onlookers a chance to experience a bit of what it feels like being on Netflix’s mega-hit show, reported Reuters.

Take a look at pictures from the Park here: 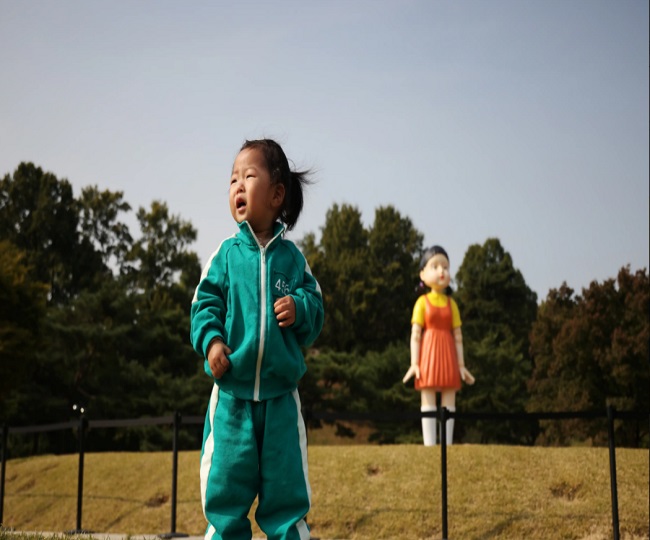 Visitors to the park on Tuesday played the Korean traditional game 'mugunghwa ggoti pieotseubnida’ to music, meaning mugunghwa (flower) has bloomed, equivalent to the 'Red Light, Green Light' game in the show. 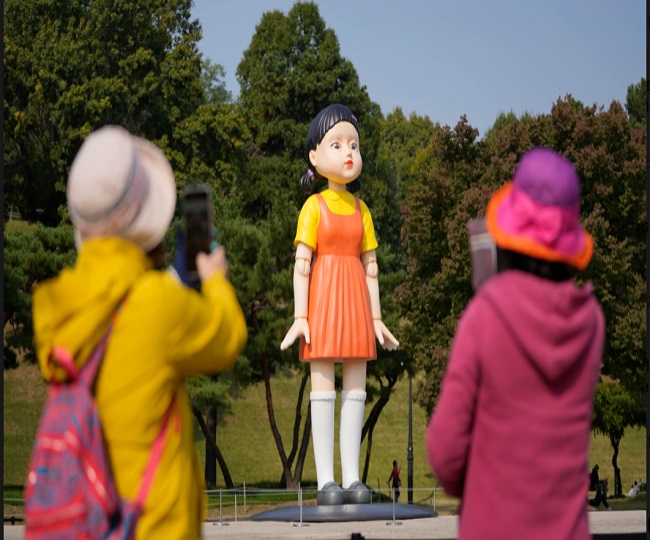 “I really wanted to know how it feels to be in the game. It's like we are on the game, hearing the music and seeing this doll,” Seoul resident from the Philippines, Sung Hye-jin, said, standing in front of the doll.

From toddlers to adults to even dogs, some park visitors were seen wearing green tracksuits with the number tag ‘456’, similar to the outfits of the show's main character.

'Squid Game' has been watched by 142 million households since its September 17 debut, helping Netflix add 4.38 million new subscribers. The web series is currently trending in more than 94 countries.