The condition of Bihar's National Highway looked straight out of 'Takeshi's Castle'. The devastating pictures depicts massive potholes on the highway.

Every time when the monsoon hits the country, roads in several states turn into an adventure ride with potholes and water flooding out of them. A similar case was seen in Bihar when pictures of the state's highway that connects to Madhubani were full of massive potholes. It is not hidden that many accidents happen due to potholes in India and they are extremely dangerous and can lead to loss of life.

The pictures were taken by journalist Praveen Thakur of Dainik Bhaskar, which show the devastating condition of National Highway 227 that passes through Bihar's Madhubani area. The photos are enough to scare a person as it depicts giant potholes. 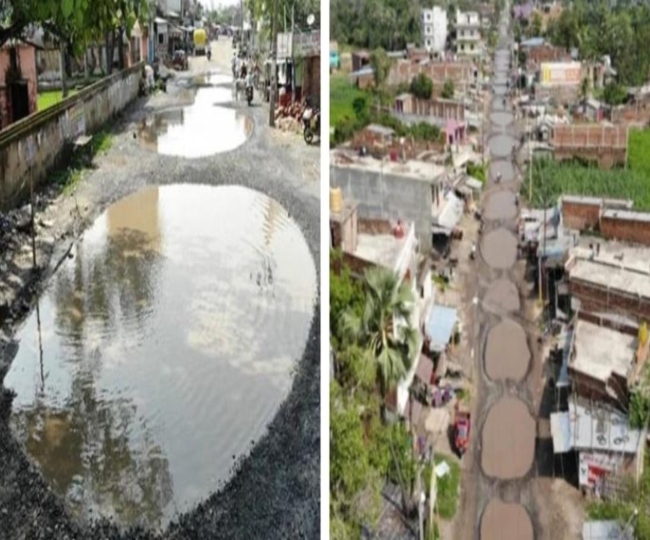 As soon as the pictures went online, people compared the situation of the road to the famous show Takeshi's Castle obstacles. The photos also evoked a bunch of reactions online and also from political strategist Prashant Kishor. For the unversed, Kishore is a frequent critic of Bihar Chief Minister Nitish Kumar.

Apart from Kishore, Tejashwi Yadav, the leader of the Opposition party also slammed the existing government of the state over the pathetic condition of the highway.

As per a report in Dainik Bhaskar, back in 2015, the condition of the road was completely tumbledown. In order to repair the road, tenders have been changed thrice. However, all contractors are now missing, and have left the work unfinished.