Optical Illusion: This Personality Test Will Reveal What Kind Of Communicator You Are

This quick personality test will tell you how some people have better communication skills than others. To know the type of communicator you are, pay close attention to the picture.

Optical Illusions are brain-teaser pictures that trick your mind into seeing something different from what the real image appears. These mind-boggling pictures often leave everyone baffled. But no matter how these pictures confuse the viewers,  they are always keen to know what these illusions signify.

While many of these claim to tell your IQ level, some pictures also give you an idea of hidden traits of your personality. Netizens excitedly take on the intriguing personality tests to know themselves better.

Here's a similar optical illusion personality test that will tell you the type of communicator you are.

Communication plays a very important role in our lives. Not only humans, but animals too have their way of communicating.

According to yourtango.com, this quick personality test will tell you how some people have better communication skills than others. To know the type of communicator you are, pay close attention to the picture.

Also Read
This Temple In Thailand Is Now Without Monks After All Fail Drug Tests;.. 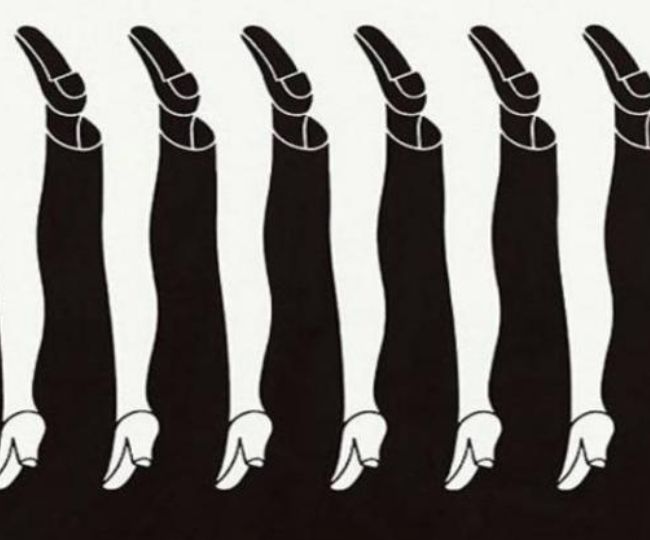 Now, if you're done, scroll down and check it out. The first thing that grabs your attention will reveal how well you communicate with everyone around you.

If the first thing that catches your eyeballs is the man's leg, you are the person who prefers to communicate directly. You say what you have in your mind. You don't face any problem formulating your thoughts and feelings and sharing them with people. And that's an amazing thing as not many people have the guts to make their point clear, unlike you.

But at the same time, you also need to understand that not everyone is like you. Sometimes your direct way of speaking leaves no room for others to speak out their feelings.

If you see the woman's leg first instead of the man's leg, you are the kind of person who thinks before saying anything. While sometimes you tend to take time to match your feelings with your words, sometimes you might end up saying things that contradict one another.

If you see both the legs, the moment you looked at the picture, you are the kind of person who doesn't think before speaking. You have strong opinions, and you like speaking them out as soon as they pop into your head.