Optical Illusion: Only A True Genius Can Spot Hidden Celeb In This Swirls Of Dots

This illusion is a new take on the famous Magic Eye illusions, which used swirls of dots or lines to hide a 3D image, reported a UK-based media.

This illusion is a new take on the famous Magic Eye illusions, which used swirls of dots or lines to hide a 3D image, reported a UK-based media.

Speaking to the publication, Dr Gustav Kuhn, a psychologist and human perception expert at Goldsmiths University in London, said the visual puzzle is the result of how our brains process information.

"Our eyes encode vast amounts of messy sensory information, and our brain uses clever tricks to disambiguate this information to try and make sense of what it is we are looking at," Dr Kuhn said.

Optical illusions are often just a bit of fun, but they also hold real value for scientists. The brain puzzles help researchers shed light on the inner workings of the mind and how it reacts to its surroundings.

Dr Kuhn added that illusions are important to our understanding of the brain. 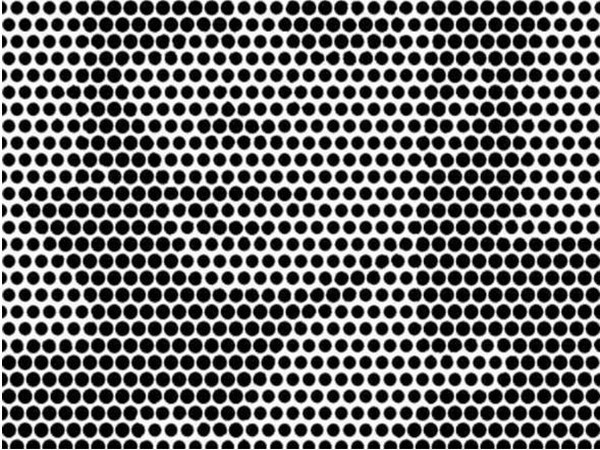 "We typically take perception for granted, and rarely think about the hard work that underpins everyday tasks, such as seeing a cup of coffee in front of you," told Dr Kuhn.

"Visual illusions highlight errors in perception, and they provide important glimpses into the hidden neural processes that allow us to see the world around us."

It follows the release of a spooky illusion earlier this month that makes the viewer feel as though they are tumbling into a black hole.

Now, again see the picture do you see anything or recognise any celebs?

If you want to know the easiest way to spot the celeb, then move away from your phone or PC. The further away you get, the clearer the famous face should become.

There are a few other tricks to help you see the obscured star - from shaking the device it's displayed on to standing at an angle.

By following the above-mentioned process you can easily spot that the hidden celeb is none other than the greatest pop star of all time - Michael Jackson.