Optical Illusion: Only 1% People Can Spot The Hidden Elephant In This Picture

A black and green illustration can be seen in the picture. The hunter as we can see is surrounded by trees in the jungle. But can you see the elephant?

Optical Illusion pictures are making rounds on the internet. These tricky images often leave the netizens confused. But at the same time, these pictures are also interesting and fun to see.

Generally, these pictures are not what you see but a lot more than that. It triggers the minds of its viewers. But we all love a good mind-teasing optical illusion that leaves us scratching our heads. This is one of the many reasons why these pictures create a sensation on social media.

Here is one such picture. According to the Minds Journal, taking this optical illusion test will reveal how smart you are. The image was initially shared by TikTok user Hectic Nick as he challenged viewers to solve the illusion.

Wondering how? It's quite simple. You just need to look at the picture and spot the hidden elephant.

Reportedly, only one per cent of people can spot the elephant.

A black and green illustration can be seen in the picture. The hunter as we can see is surrounded by trees in the jungle. But can you see the elephant? The picture doesn't consist include any single object that resembles an elephant.

Are you ready for the test?
Take a look at the image and get ready to solve the mystery. 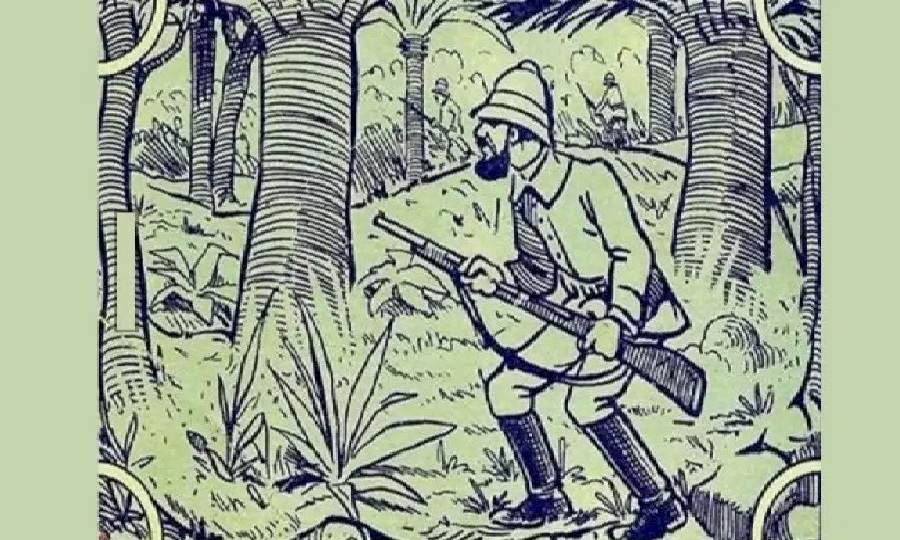 Did you find it?

Look at the picture carefully.

Also Read
Caught On Camera: Class 10 Student Shoots Teacher In UP For Scolding Him

If you are not able to discover the hidden elephant, don't worry. Check the hints.

Many people who have played this quiz have been left baffled as they struggled to find the elephant but the easiest way to do it is to turn your screen. Once you hold your screen upside down, you need to look at the image carefully. 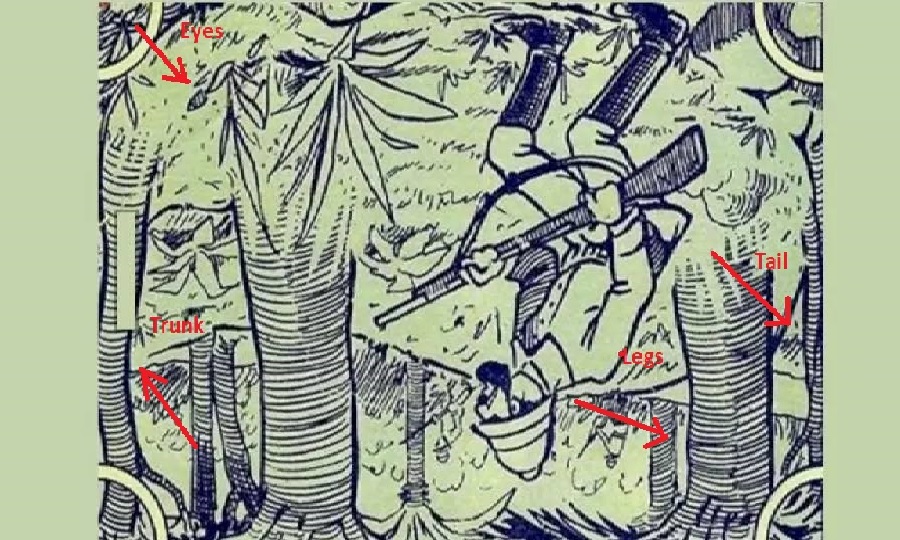 When you will look at the picture with more attention, you will see that the elephant was hidden in the foreground, with two enormous trees which served as its legs and the smaller tree serving as its trunk.

You are quite smart if you passed the quiz without flipping your device.