Optical Illusion: Can You Spot All The 16 Circles In This Picture?

Optical Illusion: Check this optical illusion puzzle and can you spot all the 16 circles in this picture. Check here.

Optical illusions are one of the most interesting things these days. You will find various optical illusion puzzles online that will keep you hooked to your seats for hours. These illusions are the massive center of attraction for people and can hold the interest of users for a long time. . If you are keen to know about your IQ level and personality traits then these puzzles will definitely help you to find that.

The optical illusion from the mid-2000s is doing rounds on the internet. The illusion is challenging people to find the hind round object among several black and white rectangles and straight lines.

“Look closely. There are actually 16 circles in this image. And once you see them, the image appears changed forever,” tweeted cognitive psychologist, Dr. Gavin Buckingham.

If you will watch the image closely, you will circles which appeared within straight lines between the rectangles. This illusion is called Coffer Illusion. In 2006, the illusion was created by San Francisco-based vision scientist Anthony Norcia.

Take a look at the image here: 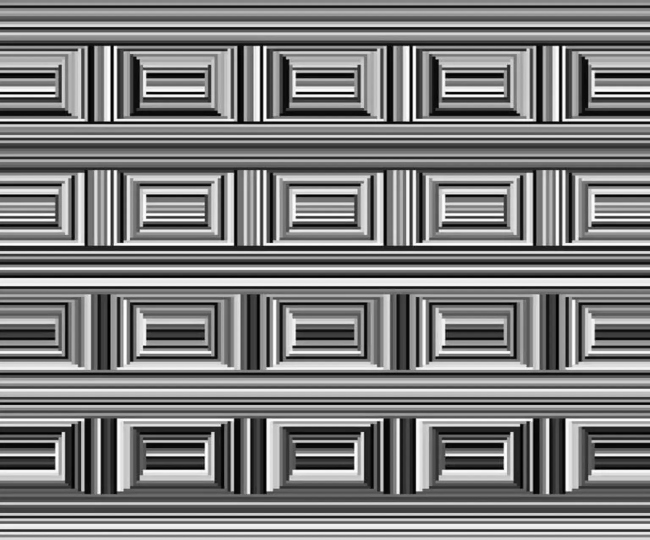 As per Illusionsindex.org, this particular illusion is considered under the top ten illusions from the year it was introduced.

His busy image “belongs in a large class of illusions where a two-dimensional figure or three-dimensional object can be seen in two or more sharply distinct ways,” the site reported.

“What is not agreed is whether the visual experience of the figure changes when the perspectival switch takes place between seeing the circles versus not seeing them, or whether the experience itself does not change, and it is some post-experiential belief, judgment, or other mental processes which changes,” the site reported.

“Ambiguous figures like the Coffer have been cited in debates about whether the nature of experience can be fully accounted for by appealing only to its representational content,” it added.

So, tell us that were you able to spot all the 16 circles in the picture.