Optical Illusion: Can You Guess The Trick To Stop This Image From Moving?

The picture is an example of illusory motion or motion illusion, a type of optical illusion in which a static image appears to be moving.

The optical Illusion trend has created a buzz over the internet. Netizens go crazy looking at the pictures and enjoy taking personality tests. These pictures are widely shared on the internet and become a topic of discussion. Here is a bewildering optical illusion that will leave you scratching your head.

Take a look at this picture: 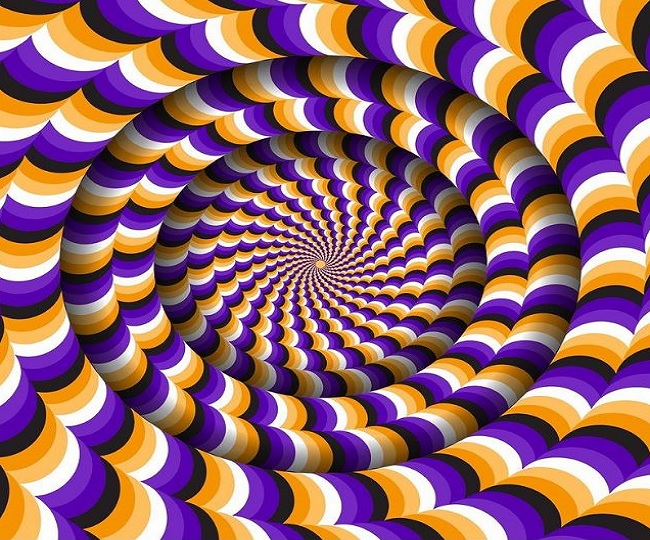 This image will leave you wondering if it's static or in motion. It appears as though it's both three-dimensional and moving but is in fact stationary and flat. The picture is an example of illusory motion or motion illusion, a type of optical illusion in which a static image appears to be moving. This motion tricks the brain into seeing motion using contrasting colors, object shapes, and position.

Since our brain reads a change in light as motion, the lines in the picture appear to move. But these are actually static. It also creates an illusion of depth, which means a sense of looking into the picture while we are in reality looking at a flat surface.

Interestingly, this trick relies on the viewer scanning their eyes across the image for the full effect. If you continuously state on the centre of the picture, the illusory movement slows down or stops altogether.

Optical Illusion for viewers might just be fun, but they hold some significant value for scientists. These brain-teasing pictures help researchers to put light on the inner workings of the mind and how it reacts to its surrounding.

Also Read
Sturgeon Moon: When And Where To Watch Last Supermoon Of 2022

A report by The Sun, a UK-based news website, suggests that humans typically take perception for granted, and hardly think about the work that forms the basis of everyday tasks such as seeing a cup of coffee in front of you. Visual illusions highlight an error in perception and provide important glimpses into the hidden neural processes that allow us to see the world around us.