A food blogger Arjun Chauhan from UP's Noida shared the video of a street vendor making Maggi with Roohafza in the sector 18 markets of the city.

New Delhi | Jagran Trending Desk: The year 2021 is coming to an end but it seems, experiments with food and especially with everyone's beloved Maggi is not coming to an end any time soon. People have already witnessed enough cringe-worthy food fusion, but the saga is a never-ending cycle that goes on. Proving that right, an entry in UP's Noida is serving a horrible combo of 'Rooh Afza and Maggi' that will literally blow your mind away.

Rooh Afza is a rose flavoured drink which is served by mixing water in it mostly during winters and Maggi everyone knows Maggi. But this absurd combo has blown netizens' minds away.

A food blogger Arjun Chauhan from UP's Noida shared the video of a street vendor making Maggi with Roohafza in the sector 18 markets of the city. Anuj shared the video on his Instagram profile and captioned it ”Ever Tried RoohAfza Maggie? with crying emojis".

In the video, the vendor can be seen making the normal maggie and then adding Rooh Afza and stirring it. He served the maggie to the food blogger and the reaction of the person eating maggie as expected, his face cringed as he took the first bite of the said' Rooh Afza Maggie'.

The clip has garnered over 3.3 million views and several disgusted reactions from netizens. 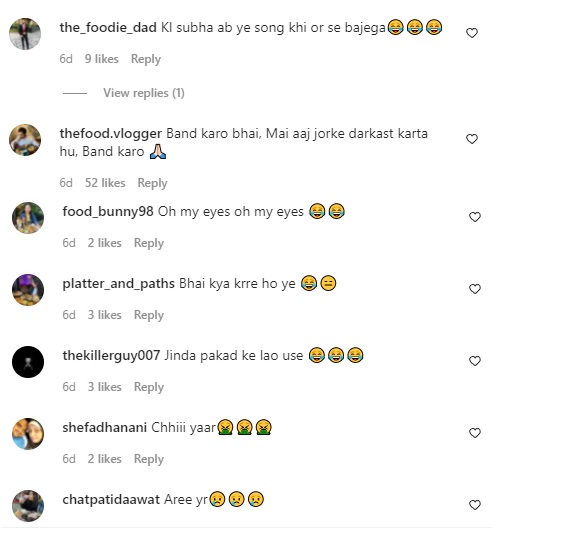 For the unversed, this is not the first time anyone has tried experimenting with maggie, Prior to this internet has already witnessed Oreo Maggi, milkshake Maggi, fanta Maggi, chocolate Maggi, Maggi golgappa and several other bizarre food experiments with Maggi.