Momin Saqib, who is a Pakistani cricket fan and got famous with epic rant after Pakistan lost a match against India in the year 2019.

New Delhi | Jagran Trending Desk: The most anticipated match of ICC T20I World Cup 2021, India vs Pakistan is just around the corner and fans are already beaming with excitement. As the count down has begun the Maaro Mujhe Maaro guy has reappeared on the internet with another video.

The video has gone viral on the internet as the internet is reacting to his emotions in a hilarious way. For the unversed, Maro Mjhe Maaro Guy's name is Momin Saqib, who is a Pakistani cricket fan and got famous with epic rant after Pakistan lost a match against India in the year 2019.

Take a look at the viral video here:

In the viral video, “Kya aap taiyyar hai jazbaat se bharpoor Pak-Bharat ka match? Do hi toh match hain. Ek Pakistan India ka aur dusra Aamir Khan ka Lagaan movie wala (Are you ready for the nail-biting match between India and Pakistan? There are only two matches, one is India versus Pakistan and the other is the Lagaan film one),” he said.

Also Read
Shashi Tharoor ‘rice to the occasion’ while replying to ‘naansense’ tweet..

Ever since the video surfaced on the internet it has been doing rounds as netizens are mocking the fan for his emotions.“Phir ekbar jazbaat palat jaayenge ek pal me,” a user said. Another user commented, “Another meme contest is on the way.” 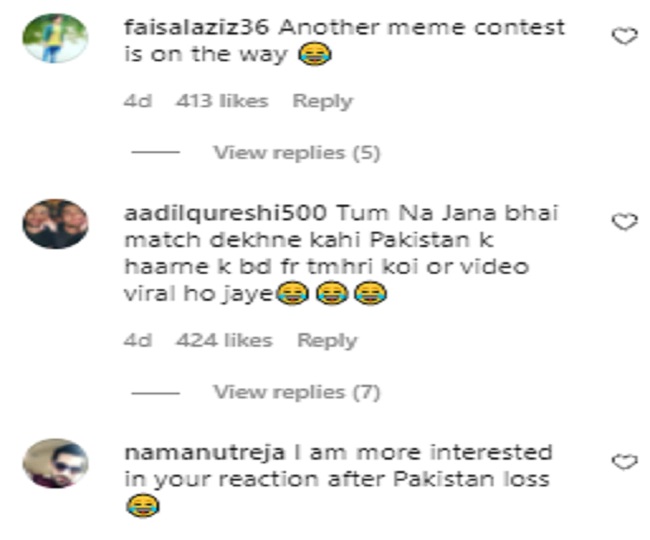 India vs Pakistan match will be played on October 24, 2021, Fans are rather excited for the biggest clash. Are you? Do share.