The space agency NASA shared a picture of 'Nebula Energy' on their Instagram account. Ever since the photo appeared on the internet, Netizens are left to gaga again over it

New Delhi | Jagran Trending Desk: Space is no less than a mystery, what goes on there is very difficult to understand. Yet, it mesmerizes each time with something new, something that has never been seen before. The celestial objects have a beauty that cannot be matched and NASA makes sure to bring that beautiful eye-treat to us. Recently, The space agency NASA shared a picture of 'Nebula Energy' on their Instagram account.

The image of Nebula energy shared an uncanny resemblance to a hand. And, Nasa captioned the picture with an explanation of Nebula Energy is. NASA wrote, "The hand-shaped structure, seen in gold in these images, is a nebula of energy & particles blown by a #pulsar left behind after a star exploded. The pulsar, known as PSR B1509-58, is about 19 kilometers (12 miles) in diameter and it's spinning around almost 7 times per second!"

Take a look at the Celestial beauty here:

In the photo, we can see a golden hand-like structure with dark-colored space background. Ever since the photo appeared on the internet, Netizens are left to gaga again over the picture. Many compared the beautiful pic with a hand and named it 'Hand of God'.

“The first image in the post is about 230 light-years across. PSR B1509-58 is located about 17,000 light-years from Earth in the constellation Circinus," NASA responded to a comment asking dimensions and distance of Nebula from Earth.

Also Read
Are you a momos lover? This 24-karat gold plated Bahubali momo will leave..

The post so far has garnered over 24 K likes and several comments. Awestruck netizens have reacted to the images and expressed their excitement.

"It should be called "hand of Midas"!" one netizen wrote comparing the fairy tale where a king turns everything into gold. 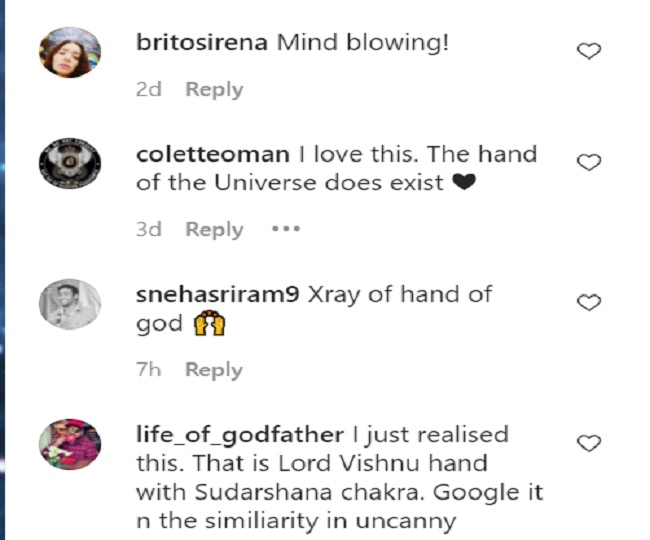 Some Internet users thanked NASA for the amazing views while others were drowned in the beauty of the celestial object. "Really amazing! I've been watching it for 10 minutes now," an Instagram user wrote, Goodness we are lucky to be HERE!" While a third person expressed, "it looks like a bird flying." 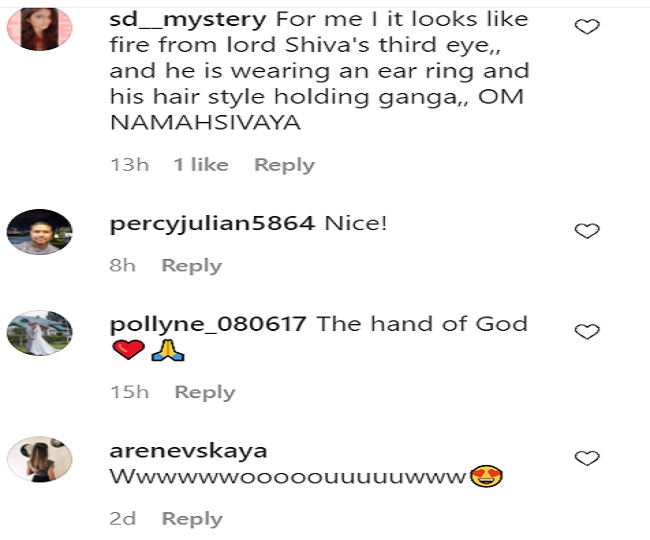 Meanwhile, some compared to Lord Shiva's hand and wrote, "For me, it looks like fire from Lord Shiva's third eye, and he is wearing an earring and his hairstyle holding Ganga."

What are your thought about this 'Hand of God'? Do share.