The stunning high-resolution images were taken when The Orbiter was about 48 million miles (77 million kilometres) from the Sun, about halfway between the Sun and the Earth.

New Delhi | Jagran News Desk: The scientists at NASA spacecraft have captured stunning closest pictures ever taken of Sun by Solar Orbiter, a new Sun-observing mission, and released it on the official website on Thursday.

The Solar Orbiter which was launched on February 9, 2020 (EST) is an international collaboration between the European Space Agency or ESA, and NASA to study our closest star, The Sun. The Orbiter completed its first close pass of the Sun in mid-June and the images snapped of the Sun are now available to the public. The images that reveal countless little campfires flaring everywhere around the Sun were launched from Cape Canaveral in February. These campfires set were captured by the Extreme Ultraviolet Imager (EUI) from Solar Orbiter’s first perihelion, which is the point in its elliptical orbit closest to Sun.

Check out the stunning video posted by NASA on Twitter:

#SolarOrbiter has made its first close pass by the Sun, studying our star and space with a comprehensive suite of instruments — and the data is already revealing previously unseen details. This is #TheSunUpClose. https://t.co/rVMjz45DoY pic.twitter.com/YLKBXRNQZb 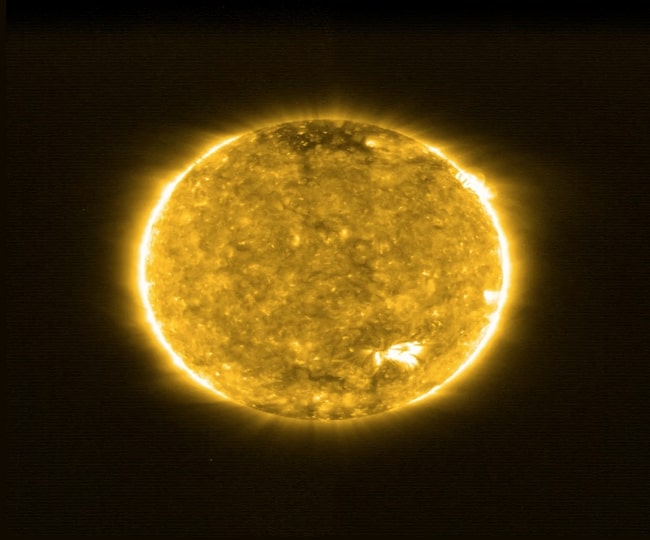 Holly Gilbert, NASA project scientist for the mission at NASA's Goddard Space Flight Center in Greenbelt, Maryland said, “These unprecedented pictures of the Sun are the closest we have ever obtained."

"These amazing images will help scientists piece together the Sun's atmospheric layers, which is important for understanding how it drives space weather near the Earth and throughout the solar system," added Gilbert.

Daniel Muller, ESA's Solar Orbiter project scientist said that Solar Orbiter's new pictures show vibrant swirls of yellow and dark smoky gray are the first images from so close at such small scale are so precious. The team had to create a new vocabulary to name these tiny flare-ups. 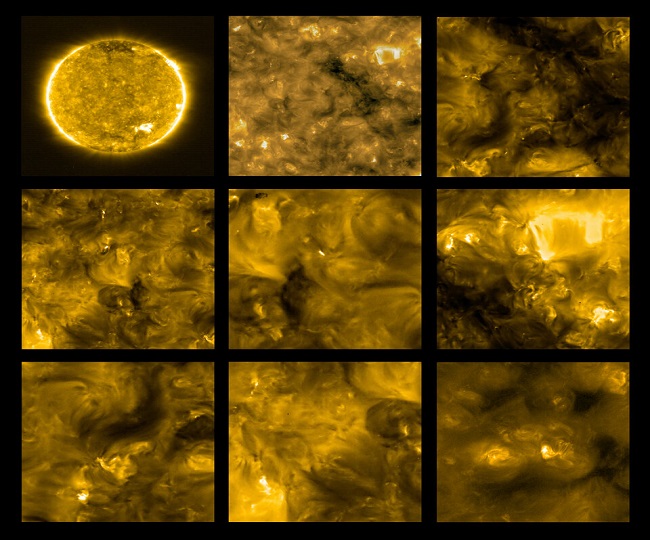 According to a report published by European Space Agency, However, It's not yet clear what these campfires are or how they correspond to solar brightenings observed by other spacecraft. But it's possible they are mini-explosions known as nanoflares -- tiny but ubiquitous sparks theorized to help heat the Sun's outer atmosphere, or corona, to its temperature 300 times hotter than the solar surface.

"The pandemic required us to perform critical operations remotely -- the first time we have ever done that," said Russell Howard, principal investigator for one of Solar Orbiter's imagers. He also revealed that during the time of commissioning, the period when each instrument is extensively tested, ESOC staff were reduced to a skeleton crew. All but essential personnel worked from home.