Gehraaiyaan Trailer: Keeping up with trends, Brihanmumbai Municipal Corporation (BMC), without wasting any time, took inspiration from one of the scenes of Deepika Padukone starter Gehraiyaan, to spread a message about waste disposal.

New Delhi | Jagran Entertainment Desk: Deepika Padukone, Siddhant Chaturvedi and Ananya Panday's highly anticipated film, Gehraiyaan, is creating a heavy buzz on social media ever since makers unveiled the trailer on Thursday. Keeping up with trends, Brihanmumbai Municipal Corporation (BMC), without wasting any time, took inspiration from one of the scenes to spread a message about waste disposal.

Taking to their Instagram handle, the civic body dropped a clip wherein Deepika is schooling Dhairya Karwa over not disposing of garbage properly. Sharing the clip, BMC captioned it as, "Understand the ‘Geheraiyaan’ of the situation and dispose of waste wisely. #BetterHalfOfMumbai #SwachhMumbai #SegregateWaste #WasteManagement”

A post shared by My Mumbai My BMC (@my_bmc)

As soon as they shared the post, Mumbaikars were quick to react, hailing their creativity. One of the users wrote, "I am in love with bmc insta page and your sense of humour.. From R/C war room" and another wrote, "@my_bmc your social media manager deserves a raise!"

The post also grabbed the eyeballs of Siddhant and Ananya, former wrote, "Ha ha!", while the actress reshared at her Instagram story with a laughing sticker. 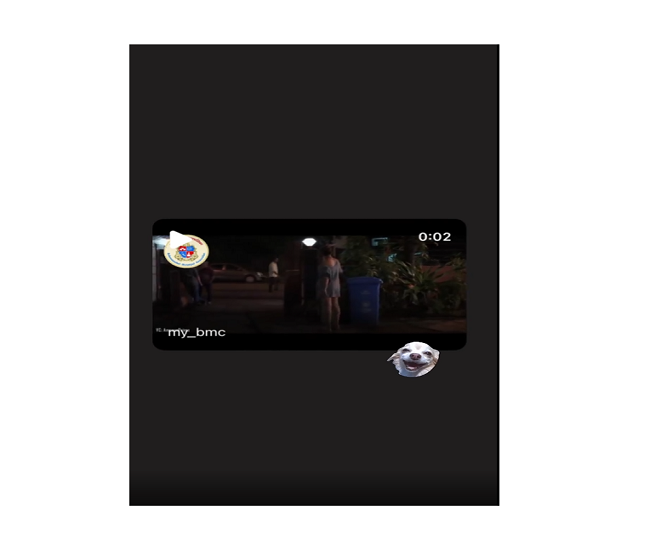 Helmed by Shakun Batra, Gehraiyaan documents the truth of modern-day relationships that are complex. During the launch of the film, Ananya revealed how she reacted when Shakun and scriptwriter Ayesha DeVitre approached her for the film. She said, "When Shakun and Ayesha were narrating the film to me. I actually was like 'Can I just go to the bathroom?' And then, I did not come out for 20 minutes. I think they got scared that I fainted in the bathroom or something. The fact was that I could not believe that this project was even going to come to me. I was just happy to be part of the film."

The film also stars Naseeruddin Shah and Rajat Kapur in pivotal roles. The film is produced by Karan Johar and will stream in Amazon Prime Video on February 11, 2022.

PLT IN SECOND = 0.003162062
Jagran English brings you all the latest and breaking news from India and around the world. Get live English news from India, World, Politics, Entertainment, Lifestyle, Business, Education, Sports, Technology, and much more. Follow english.jagran.com to stay updated with the latest English news.
Copyright © 2022 Jagran Prakashan Limited.