Heaviest Cricket Bats: The cricket world has witnessed the rise and fall of the greatest players that exist in every generation. Out of these majestic players, who do you think uses the heaviest cricket bats? Explore the top 5 heaviest cricket bats used by David Warner, MS Dhoni, Sachin Tendulkar, and more such players.

Heaviest Cricket Bats: Being an Indian, you have a crystal clear idea of how cricket is being praised and raised amongst people. We love it when David Warner hits the ball over the ropes, we go crazy when swingers from Bumrah shatter the stumps like a house of cards, and we love it when superhuman fielder, Ravindra Jadeja, catches the ball traveling at hundreds of miles per hour out of nowhere. This being said, it is also a truth that the game of cricket is now more dominated by batsmen all over the world.

We want to know what great batsmen eat, how they practice, and what’s the secret behind their focused minds and superior consistency. Along the same line, there are a few legendary cricketers from past and present that are, along with their other skills and traits, known for using heavy cricket bats. And we have compiled a listicle of the top 5 heaviest cricket bats used in this beautiful game. And since we don’t want you to feel obsessed but not able to find where to find such amazing cricket bats, we have given a few online purchase options too. Take a look: 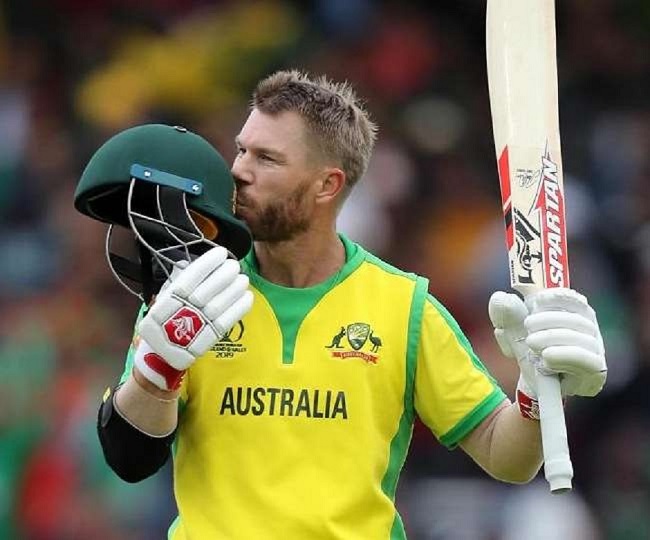 Well well, Warner is one of the most feared and bold batsmen the cricketing world has witnessed. Known mostly for his monstrous hitting capabilities, the Australian opening batsman has gained a lot of popularity due to his batting and fielding skills. The southpaw, left-handed batsman uses the Gray Nicholls Kaboom cricket bat that weighs around 1.24 kg. Versed with a wide face and thick edges, Warner’s cricket bat has moved a lot of eyes in the cricketing world.

And since you will be looking online to purchase a cricket bat just like David Warner’s, here’re are a couple of buying options you may find interesting: 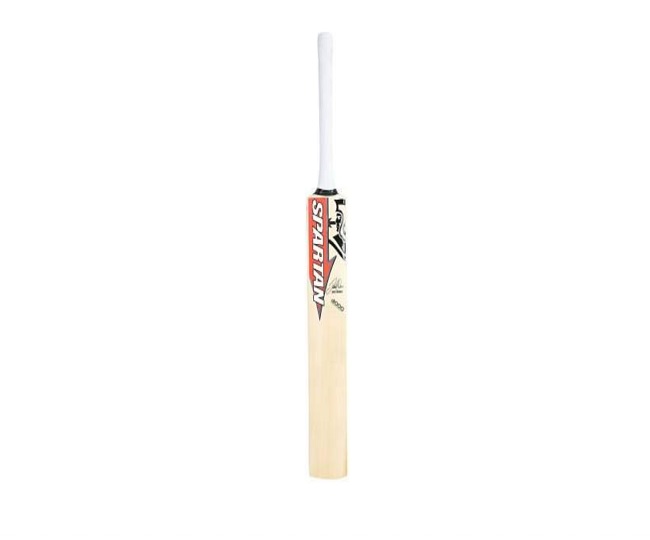 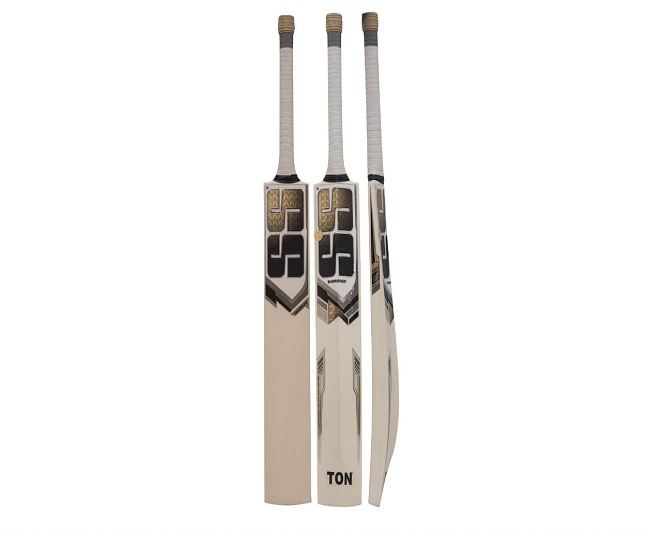 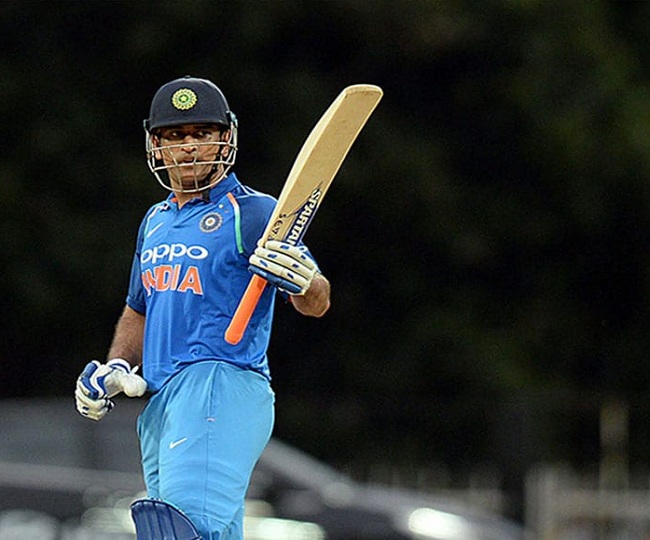 Mahendra Singh Dhoni or Mahi or Thala is one of the game changers of how cricket is played in the modern world. The inventor and implementor of the ‘Helicopter’ shot, the captain who won 3 ICC trophies for India (including two world cups), MS Dhoni was known to display his power and skill wrapped in some of the most unorthodox shots played in the game of cricket. A lot of his shots came from the bottom hand, owing to the strength and a heavy cricket bat that he used. Being linked with the brand Spartan, he uses its cricket bat that weighs around 1.27 kg.

The other alternative options available online similar to MS Dhoni’s cricket bat are: 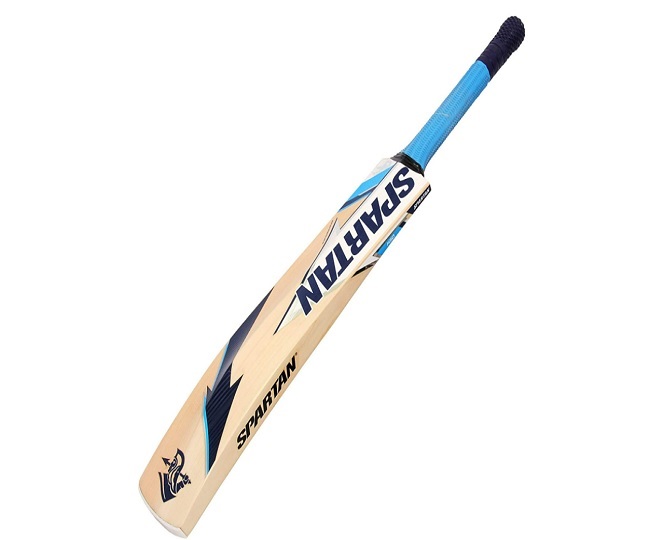 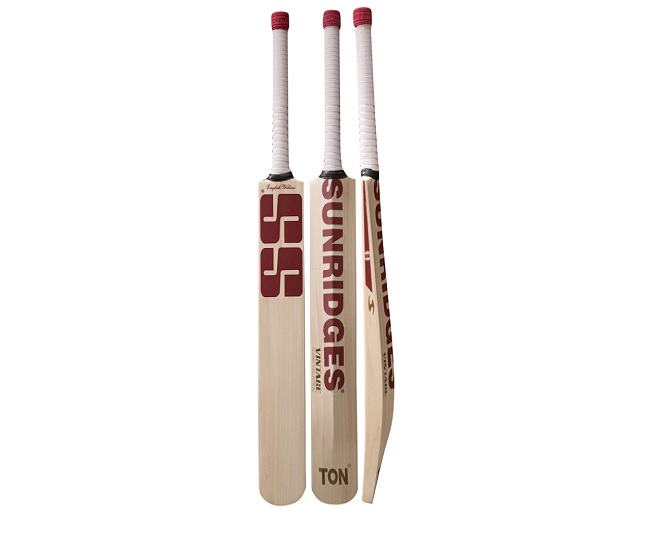 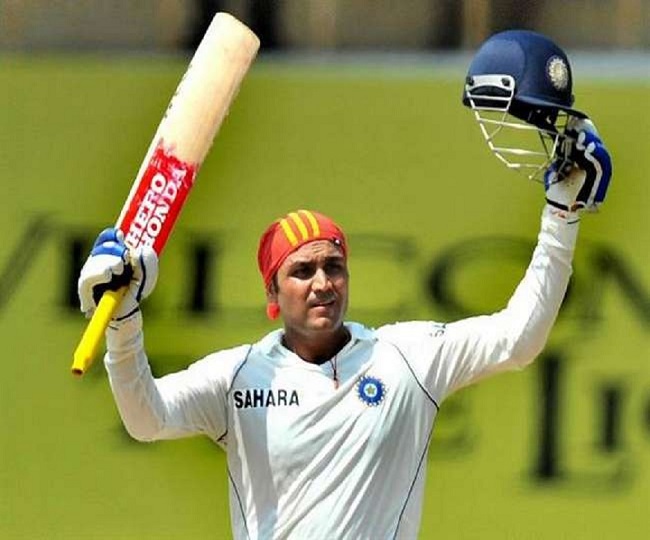 The first Indian player to score a triple century in tests, Virender Sehwag is undoubtedly one of the most destructive opening batsmen the world has ever seen. Easily countable with legends like Gilchrist, Hayden, Saeed Anwar, Jayasurya, and more, Sehwag has been a brutal force behind Indian batting strength during the 2000s. Even in the ODI cricket world cup 2011, Sehwag entertained fans and terrorized bowlers by making a record to hit four in the first over (which wasn’t achieved completely though). So, Virender Sehwag, like others on the list uses a heavy cricket bat. His SG VS cricket bat weighs around 1.35 kg.

Some of the purchase options for cricket bats similar to that of Sehwag’s are: 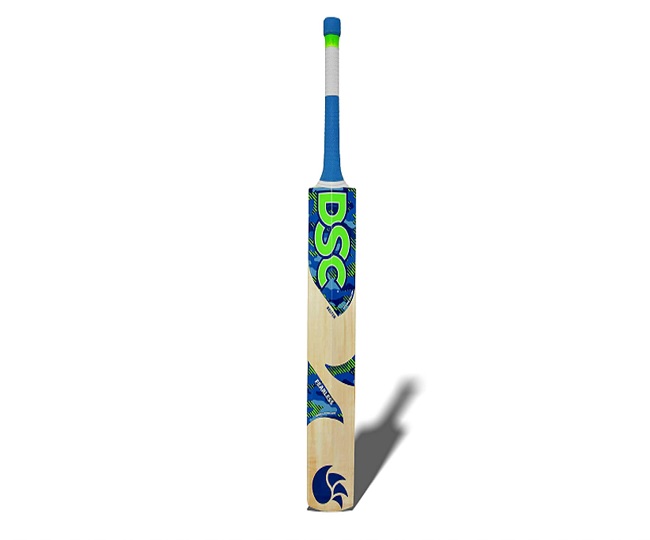 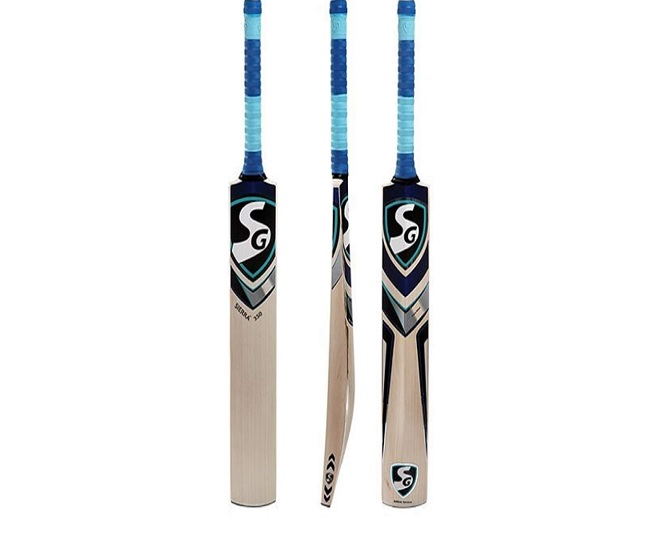 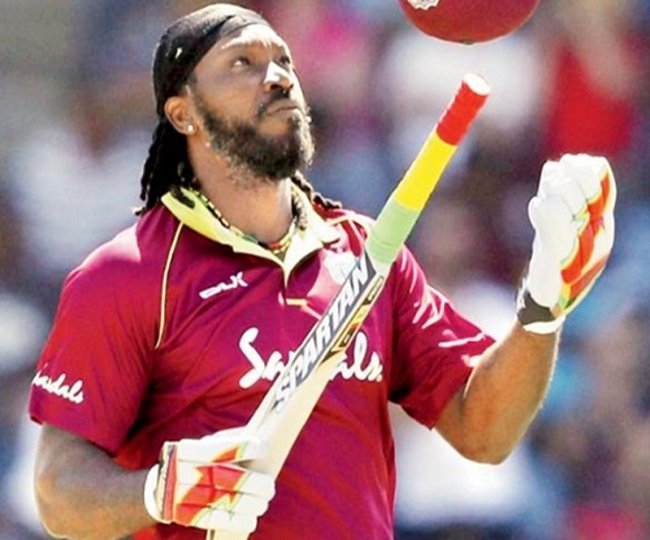 He can bat, he can bowl, he can dance, the ‘Universe Boss’ Chris Gayle has been one of the most popular cricketers in the history. Known for his god-level hitting and his calm nature, Chris Gayle was an integral part of T20, ODIs, and Test Matches for a decade almost. His rocketing sixes and unmatchable shot strength always keep him in a special place in the match and in fans’ hearts. The cricket bat used by Chris Gayle is the Spartan CG Bat, which weighs around 1.36 kg.

Some of the similar purchase options online vis-a-vis Chris’s cricket bats are: 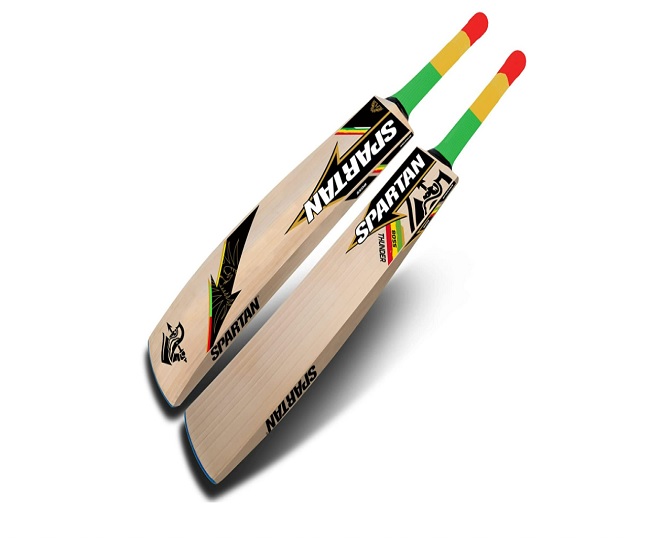 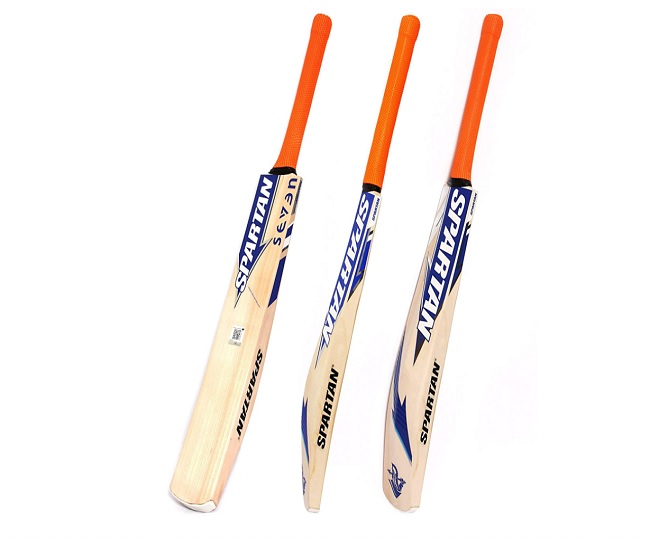 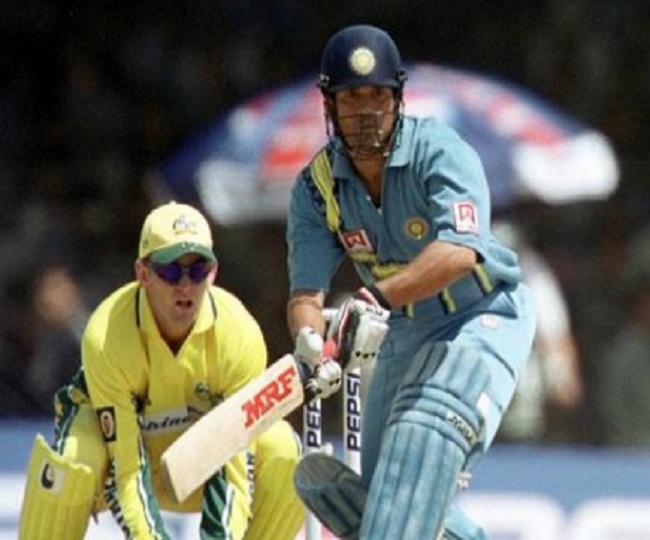 Sachin Ramesh Tendulkar needs no introduction at all. In the cricketing world, Sachin Tendulkar is referred to as the “God”. He has the most runs in ODI cricket, the Most centuries, the Most Test runs, and many more records. Known for his classy plus modern batting skills, Sachin Tendulkar is perhaps one of the main reasons why Indian kids born in the 80s and 90s started watching cricket. His bat was always the talk of the cricketing town and rightly so. Sachin used to play with MRF and Adidas bats. And the weight of his cricket bat is 1.47 kg, the heaviest of all.

Some of the top cricket bats available online similar to that of Sachin Tendulkar are: 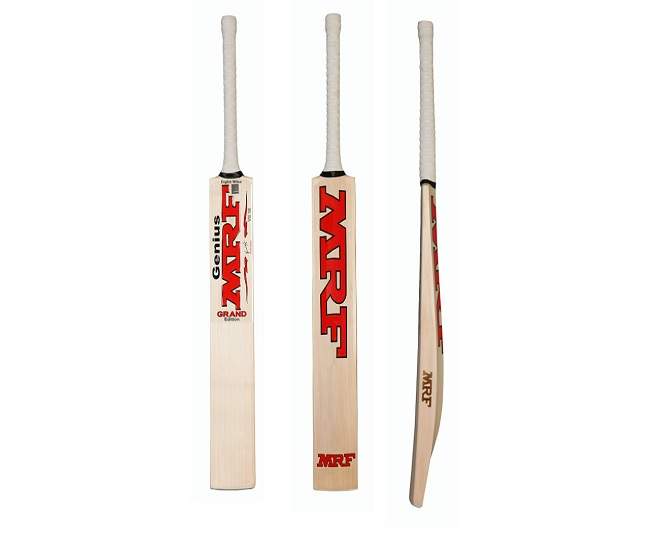