Whatsapp has hinted at allowing its users to move chat history and messages from Android to iOS. Here's when it it will happen and how to enable.

New Delhi | Jagran Technology Desk: Messaging app WhatsApp is reportedly testing a new feature to export chats from Android to iOS devices. The company has started the testing of the feature last year. According to WABetaInfo, WhatsApp has been working on an 'import chat history' that would allow Android users to migrate their chats to iOS.

WhatsApp has rolled out WhatsApp beta for iOS version 22.2.74 gives more evidence and enough information to speculated the testing of the new 'Move to iOS' feature. Currently, the feature is not available to any user but it might appear in the app on all devices soon.

“We need permission to restore your chats…You will not be able to import later if you skip this step,” WhatsApp says on screen when the process is initiated. 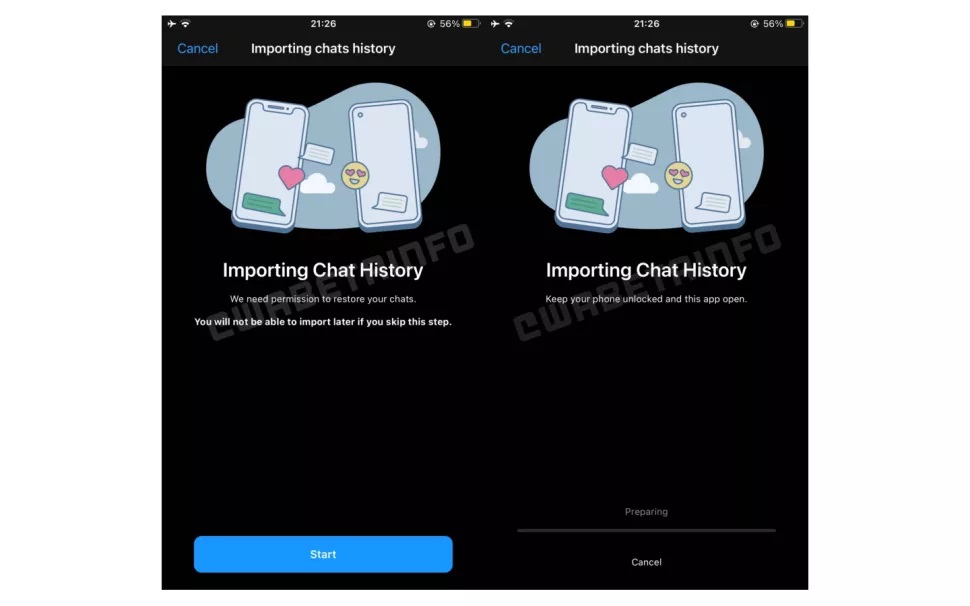 According to WABeta Info, Whatsapp would require you to grant permission to access your chat history in order to start the migration process. In the screenshot shared by WABeta info, it was mentioned that " Users will not be able to import later if you skip this step".

Furthermore, at present chat transfer on WhatsApp is available from OS to Samsung devices and Google pixel since last October. Users can also migrate chats from iOS to devices based on Android 12 out-of-the-box using several other processes.

But all the problems of the users can be resolved with one simple step by WhatsApp. The app is also reportedly rolling out some new features such as 'Disappearing messages' and a new global voive note player on its iOS beta that will allow the users to listen to the voice-generated messages even when switched to a different chat.

Earlier, WhatsApp official Will Cathcart had informed the function to move a chat history from Android to iOS and vice-versa. But he hadn't mentioned the timeline for the rollout. Only the hint saying, "Want to securely take your WhatsApp history from one platform to another? We’re working to make this possible starting with @SamsungMobile devices, and it’s coming to @Android and iOS phones soon."

PLT IN SECOND = 0.0029953
Jagran English brings you all the latest and breaking news from India and around the world. Get live English news from India, World, Politics, Entertainment, Lifestyle, Business, Education, Sports, Technology, and much more. Follow english.jagran.com to stay updated with the latest English news.
Copyright © 2022 Jagran Prakashan Limited.