The initiatives include an information search prompt with the Election Commission of India (@ECISVEEP) and State Election Commissions to provide reliable information around the elections; a custom emoji to encourage participation; a series of pre-bunks and de-bunks to tackle election-related misinformation; and a youth discussion series titled #DemocracyAdda aimed at voter literacy and civic participation among young Indians for the #AssemblyElections2021. These will be activated across six languages including English, Hindi, Tamil, Bengali, Assamese and Malayalam, in order to cater to audiences across India. Additionally, to put a spotlight on women in Indian politics, the service will be bringing back #HerPoliticalJourney, a video series where  women political leaders talk about their personal stories  with leading women news journalists.

Payal Kamat, Manager Public Policy & Government, Twitter India, said, "Public conversation is critical during elections, and Twitter is where this unfolds. With digital penetration accelerating in India, more people now have access to credible, authoritative and timely information - crucial tools for exercising their civic rights. By leveraging the power of the Open Internet, we are encouraging people across India to be a part of the #AssemblyElections2021 conversation. None of this would be possible without support from the Election Commission of India, the State Election Commissions, and hope our efforts contribute to healthy and vibrant civic dialogue.” 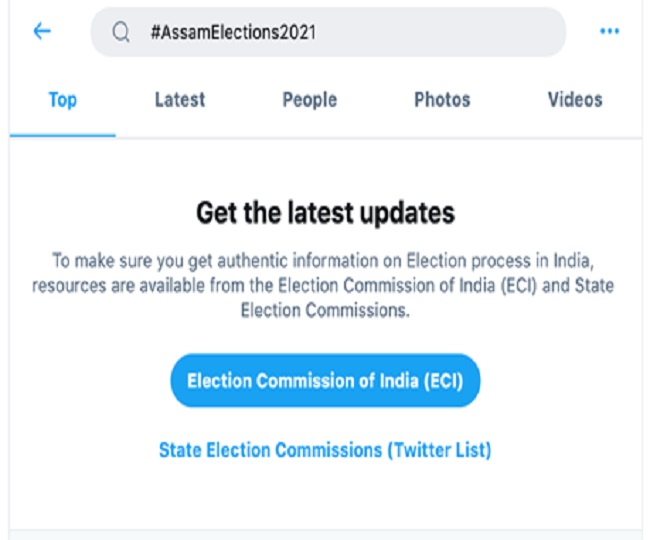 Twitter has launched a custom emoji for the #AssemblyElections2021 to stimulate participation in election-related discussions. Featuring an inked finger to represent a citizen who has exercised their right to vote, the emoji is available now until 10th May, 2021. People can Tweet in English, Hindi, Bengali, Malayalam, Assamese and Tamil to activate the emoji.

Also Read
Twitter services down for many users; company says 'working on fixing a.. 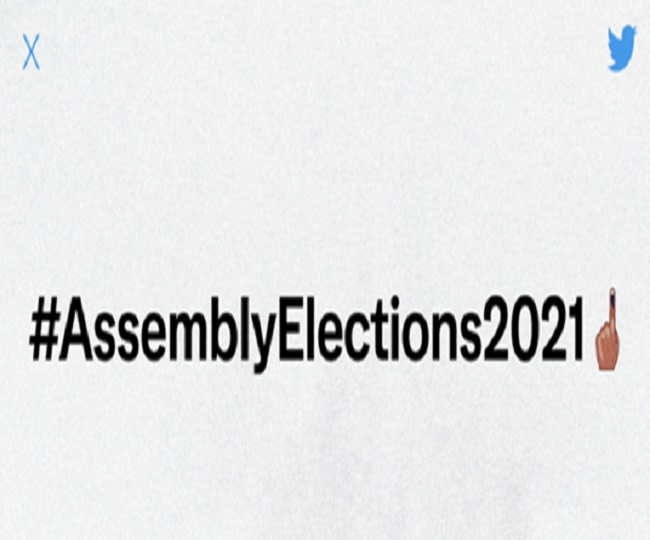 Twitter is staying ahead of potentially misleading information about how and where to vote by publishing a series of pre-bunk prompts across languages including English, Hindi, Tamil and Bengali based on content by the national and State Election Commissions and civil society partners such as Youth Ki Awaz, Association of Democratic Reforms. The prompts will appear on people’s home timelines and in Search, including information about how to register to vote, and details on EVMs and VVPATs. The prompts will also serve the public with relevant voting information about booths, postal ballots, COVID-19 restrictions and accessibility, among other topics. Additionally, the service will focus on de-bunking critical issues as they arise with a curated Twitter Moment. These Moments are created based on high standards of accuracy, impartiality and fairness and are designed to feature compelling, original, and diverse content.

With the youth of the nation engaging in high quality discussions on the service, Twitter, in partnership with Youth Ki Awaaz (@YouthKiAwaaz), is bringing back its multilingual youth discussion series, #DemocracyAdda, aimed at voter literacy and civic participation among young Indians for #AssemblyElections2021. The series will be available in English, Hindi, Tamil, Malayalam and Bengali. Twitter will be hosting live video sessions and Tweet chats with young citizens, civil society groups, changemakers and representative candidates to talk about key issues including gender equality, employment, education, health, among others.

While women leaders are making their presence felt in Indian politics, election coverage continues to be largely male-dominated. With this in mind, Twitter is launching the second season of #HerPoliticalJourney, a video series to put the spotlight on women in Indian politics and their personal stories of challenges and triumph. The series aims to raise awareness about the systemic challenges women face when pursuing political careers. The series will feature women leaders such in conversation with leading women news journalists. The videos will be recorded in English, Tamil, Bengali, Malayalam and Assamese.