New Delhi | Pratyush Ranjan: Tech giant Google on Thursday organised the Google for India 2021, announcing several India-specific features, including the launch of YouTube Shorts, the expansion of Google Pay, Google career certificates, partnership with SIDBI to support MSMEs in India. Following the event, Sanjay Gupta, Google India head, told Dainik Jagran that the tech giant's approach is now "India-first" with the objective to first understand and solve the problems in India empowering the common people here, and then apply the learning to solve similar issues in other countries also.

In an exclusive interview with Jagran New Media's Executive Editor Pratyush Ranjan, Google India Head Sanjay Gupta said that solving India's issues and problems would help Google tackle challenges faced by other countries around the world. For this, Gupta said, Google would double its team in India in the next two to three years.

"Our approach is now 'India-first'. Earlier, it was the 'India-focus' approach, but now we have changed it to 'India-first' now. We have launched YouTube Shorts first only in India. Similarly, we launched Google Bolo earlier. Once these products are successful in India, we launched them globally. So more and more, what we are doing is now is to understand India's issues and solve them. We are learning India better and making products for India and this is 'India-first' approach," he said. 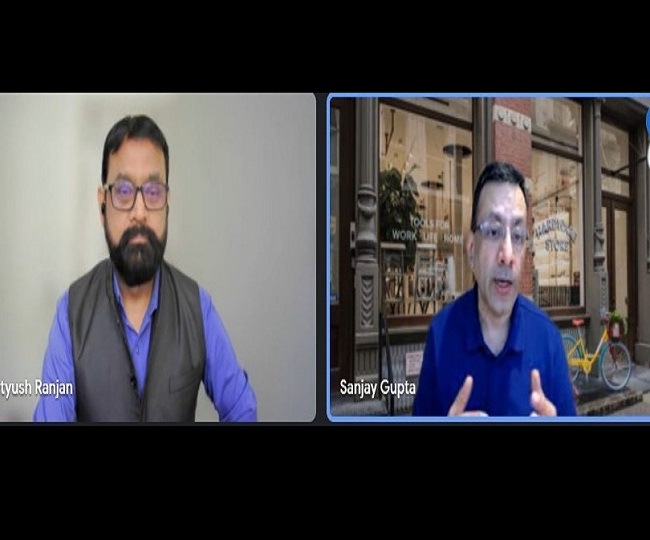 When asked how COVID-19 resulted in the growth of the digital economy in India, Gupta said, "pandemic has been very tough, but it played a crucial role in India's digital growth. More and more people are using the internet now, especially to learn. Each and every member of our family is now using the internet to learn and make payments. This shows everything is possible through the internet. This is the 'building block' for the future growth of India. This would be a 'game-changer".

Speaking about how Google will tackle the digital divide in India, Gupta said that the tech giant has taken three steps for it. Number one, Gupta said, Google will provide people in rural areas with a smartphone.

For this, he gave the example of JioPhone - a smartphone launched by Google in partnership with Reliance Jio - saying it would help more and more people, especially those living in rural India, get internet access.

Secondly, Google will ensure that language is not a barrier for people while using the internet, Gupta said, adding that the tech giant will launch products and services as a part of the third to reduce the digital divide in India.

"I believe that India will reach a different level in this era. I feel in this era, women, children, people from rural area will get equal benefits. I feel technology will help solve the inequalities in India," Gupta signed off.