Apple WWDC Keynote 2022: Apple confirmed its M2 processor and two new laptops and watchOS 9 which comes with new activity features among others. Scroll to know more

New Delhi | Jagran Technology Desk: The first day with the opening keynote of Apple's Worldwide Developers' Conference concluded on June 6th. The WWDC conference will continue till June 10. On the very first day of Apple's second major annual event, the tech giant showed off a new car dashboard that will come in new models including those of Ford and Jaguar, and the iPhone maker rolled out a slew of features for collaboration and data safety.

Here are the major launches made at the WWDC Event Day 1:

The latest operating system for iPhones will have a refreshed lock screen that comes with new widgets, greater personalization and a new approach to notifications. Users will be able to add widgets as well to the lock screen. The lock screen will also get a new 'Live screen' activity feature. There's also a new 'Focus' filter where users can filter out notifications from apps they might not need always.

With the new updated iOS 16, Apple will let users undo sent Messages. Users will also be able to edit out messages after they have sent them.

The new iOS will have to feature fresh updates for CarPlay including new gauge clusters and automakers including Ford Motor Co and Jaguar Land Rover will integrate the feature with their cars.

Apple also beefed up security features on the new iOS. It launched Safety Check in the settings app that lets users revoke access to personal data like the location they had shared with other users.

Users can also log out from iCloud accounts on other devices for added safety from the Safety Check page.

Apple Pay Later will allow users to pay using Apple Pay where it is accepted and pay for it in four instalments over six weeks, without any additional fee. And no, Apple Pay is not coming to India for now.

Apple revealed the M2 chip, the successor to the company's first in-house chip, named M1. The latest M2 chip, which comes with 24 gigabytes of unified memory, is 18% better than its predecessor and can playback multiple streams of 4K and 8K video. Apple also launched a redesigned MacBook Air and a MacBook Pro with the new chip. 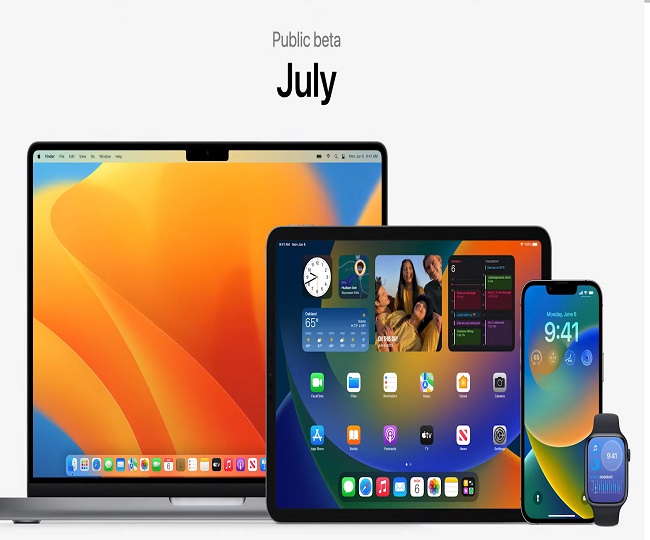 The powerful M2 chip will be loaded on a brand new MacBook Air, redesigned around the M2 chip. Weighing just 2.7 pounds, the new Air is 11.3 inches thick, fitted with a 13.6-inch liquid. Retina display and will have a Magsafe charging system. There is also a headphone jack. 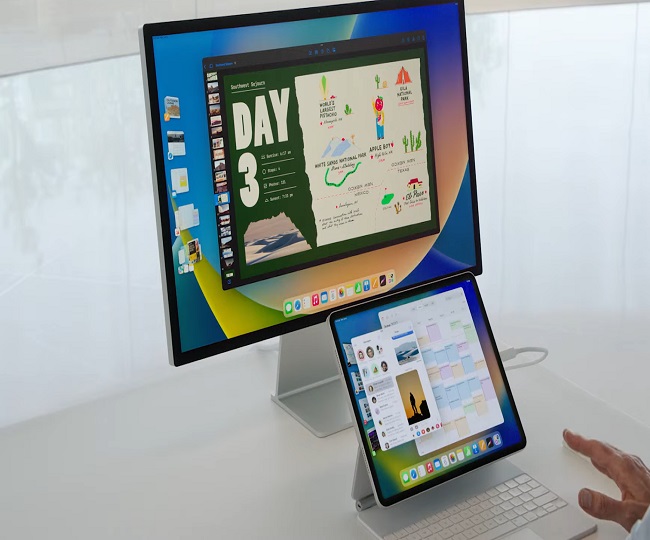 iPadOS 16 will include the Free Form productivity app, which will allow users to share ideas on FaceTime video meetings.The iPad Pro will now be able to show groups of apps on a secondary screen, allowing for greater productivity in a bid to make iPad apps more "desktop-like".

The new macOS, dubbed Ventura, will have updates to the Mail app, camera software updates and improved productivity features. Apple is also bringing Continuity Camera to let users rely on their iPhone camera as a web camera for their Mac.