iPhone 13 has been launched in three variants, starting from a 128GB variant which is priced at $799. Also available in 256GB, and 512GB storage variants, it will come in pink, blue, midnight, starlight, and (PRODUCT) RED.

New Delhi | Jagran Technology Desk: Apple on Tuesday launched much-awaited iPhone 13 with 12 MP wide and 12 MP ultrawide back cameras with optical image stabilization and a larger sensor. Along with iPhone 13, Apple also launched Apple Watch Series 7, iPads and Macs. On the iPhone front, this time Apple launched three storage options for the iPhone 13 and iPhone 13 Mini, which are, 128 GB, 256 GB, and 512 GB. This means the 64 GB option -- which is too small at this point for most uses -- is gone.

The larger iPhone model has also got a storage tweak but in the opposite direction. The iPhone 13 Pro and iPhone 13 Max are available with four storage options; the same three mentioned above, plus a new 1 TB model that's a first for iPhones.

Also Read
From Redmi to Infinix to Vivo; list of smartphones that offer 50 MP..

iPhone 13 has been launched in three variants, starting from a 128GB variant which is priced at $799. Also available in 256GB, and 512GB storage variants, it will come in pink, blue, midnight, starlight, and (PRODUCT) RED. Like last year's model, the new iPhone 13 will come in four different designs, with prices starting from USD 700 to USD 1,100. They're scheduled to be in stores on September 24.

The new iPhone 13 includes a smaller notch allowing for more display area. The notch is 20 per cent smaller, and the new Super Retina XDR display is 28 per cent brighter with 1200 nits peak brightness. It has a new A15 Bionic chipset under the hood, which Apple says is up to 50 per cent faster than the leading rival chips and offers up to 30 per cent better graphical performance. As for biometrics, the iPhone 13 gets support for Touch ID (in the power button), and Face ID as well. 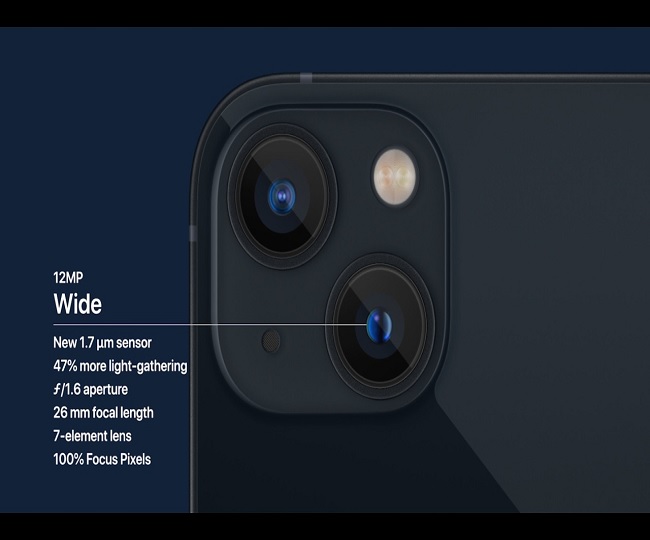 The primary camera comes with sensor-shift stabilisation. Apple has slightly tweaked the camera module design and placed the lenses diagonally. The new iPhone 13 series camera comes with Cinematic Mode, manual tracking of focus and more. In addition, the iPhone 13 packs a bigger battery. Apple has introduced iPhone 13 Pro as well as iPhone 13 Pro Max with an all-new Super Retina XDR display with ProMotion featuring an adaptive refresh rate up to 120Hz and comes in the same size as last year -- 6.1 and 6.7 inches. iPhone 13 Pro has been launched at a starting price of $999 while the iPhone 13 Pro Max starts at $ 1099. 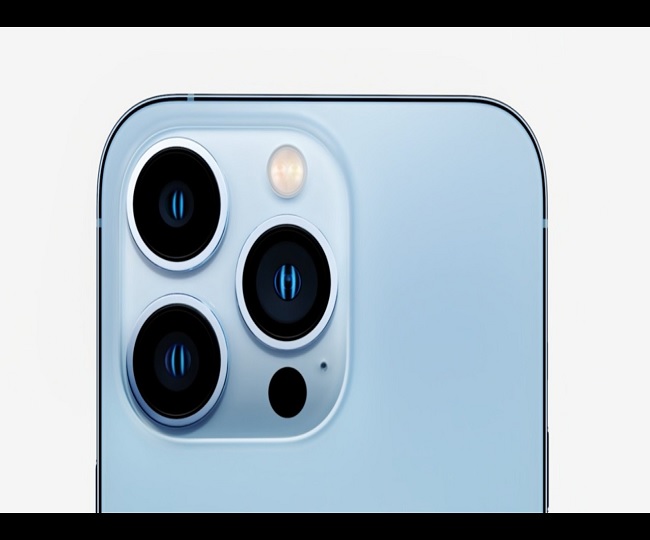 The all-new Wide camera has a larger sensor with 1.9 um pixels, the largest ever on iPhone, for less noise and faster shutter speeds needed across lighting conditions, producing even more detailed photos.

Sensor-shift optical image stabilization (OIS) - unique to iPhone - is available on both models, stabilizing the sensor instead of the lens, so images are smooth and video is steady, even when the user is not.

The new Ultra Wide camera features a much wider f/1.8 aperture and a new autofocus system, bringing a 92 per cent improvement for low-light environments, producing images that are brighter and sharper.

Video takes a huge leap forward with Cinematic mode for beautiful depth-of-field transitions, macro video, Time-lapse and Slo-mo, and even better low-light performance. Both models also offer end-to-end pro workflows in Dolby Vision, and for the first time, ProRes, only available on iPhone. 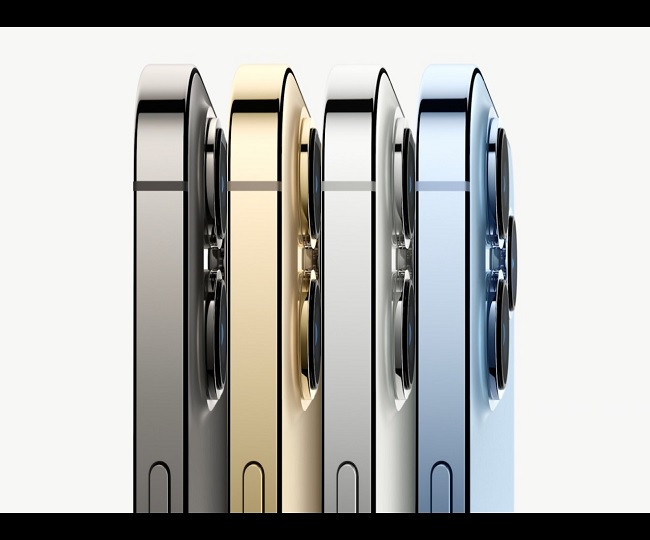