Liverpool are placed on top with 15 points after wins in all five matches. Man City, on the other hand, has won three matches, drawn and lost one each. They are placed second with 10 points.

Others teams like Everton, West Ham and Southampton with their mixed performances feature in the top ten list of the premier league standings. 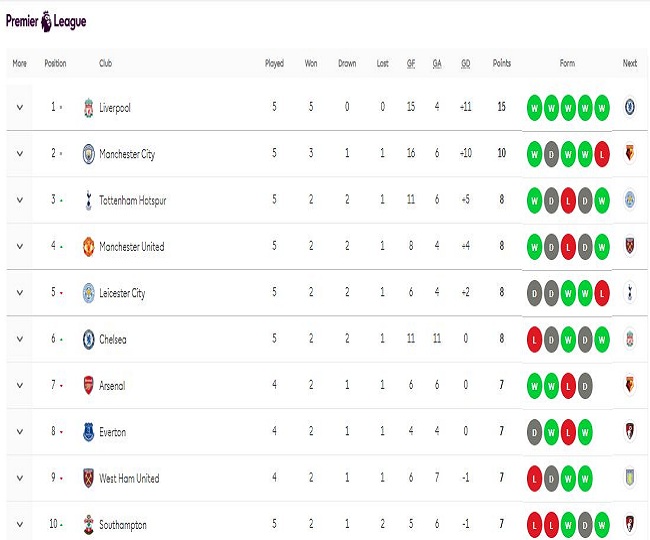 Norwich City has done well after getting thrashed by Man Utd in their opening match. They have won two matches, including a 3-2 win over Man City and are currently placed at 12th position. 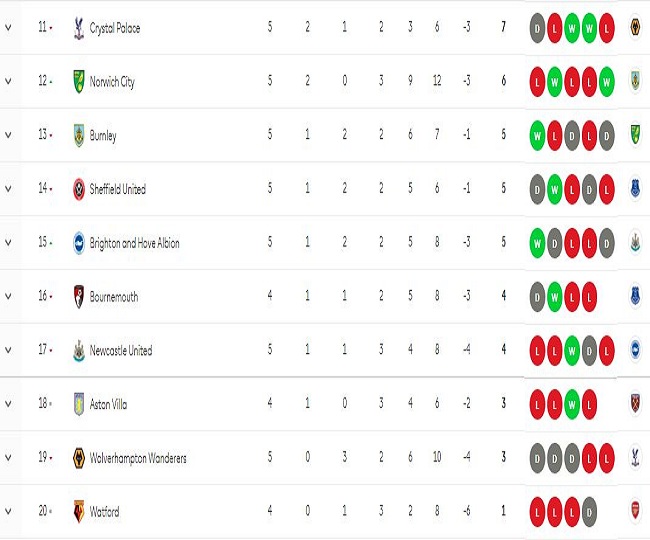 The standings are expected to change in the coming months as Chelsea and Arsenal rarely fall off from top five every year. Meanwhile, a title race between Liverpool and Man City is highly anticipated by the premier league fans. A total of 38 matches are played in a premier league season.