‘Thank you for the messages’: Neymar responds to reports of him testing coronavirus positive

Without revealing the names, PSG had confirmed on Wednesday that three of its players have tested positive for coronavirus and are subject to the appropriate health protocol.

New Delhi | Jagran Sports Desk: Paris Saint-Germain forward Neymar on Thursday took to social media to address reports he and his nine year-old son have tested positive for coronavirus after their return from Spanish island of Ibiza. The Brazilian footballer shared a story on Instagram showing him and his son Davi Lucca grinning, with the caption, “Thanks for your messages, we are all fine!” 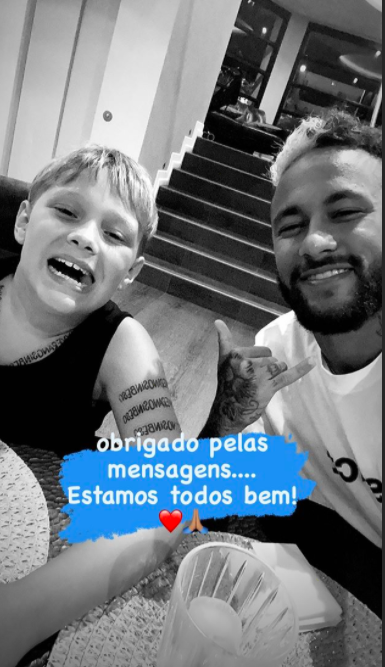 Without revealing the names, PSG had confirmed on Wednesday that three of its players have tested positive for coronavirus and are subject to the appropriate health protocol. Quoting French sports daily L’Equipe, Reuters had reported that Neymar, Angel Di Maria and Leandro Paredes are the players who have tested positive following their return from Ibiza.

“Three Paris Saint-Germain players have confirmed positive Sars CoV2 tests and are subject to the appropriate health protocol," the club said in a statement, adding, “All of the players and coaching staff will continue to undergo tests in the coming days.”

The French domestic season in already underway but PSG is yet to begin their campaign as they have been given a break following their run to last month’s Champions League final, where they were beaten 1-0 by Bayern Munich.

PGS is one of France’s most successful clubs, having won more than 40 competitive honours, including nine league titles and one major European trophy. Neymar, who is widely considered one of the best football players in the world, joined the group in 2017 on a contract that would run until 2022.