he Commonwealth Games (CWG) 2022, which are being held at Birmingham in the United Kingdom (UK) this year, saw the participation of more than 200 Indian athletes across 16 different sports such as wrestling, weightlifting, boxing and athletics. India has finished at 4th position with a total of 61 medals, including 22 golds, 16 silvers, and 23 bronze.

Meanwhile, Sudhir won the first medal for India, a gold, in para-sports at the CWG 2022. He became the champion in the para powerlifting men's heavyweight category. And, the Women's Lawn Bowls team scripted history by getting a medal in the sport.

At the last edition at Gold Coast 2018, Indian athletes won a total of 66 medals, 26 gold and 20 silver and 20 bronze to finish third overall, behind hosts Australia and England. 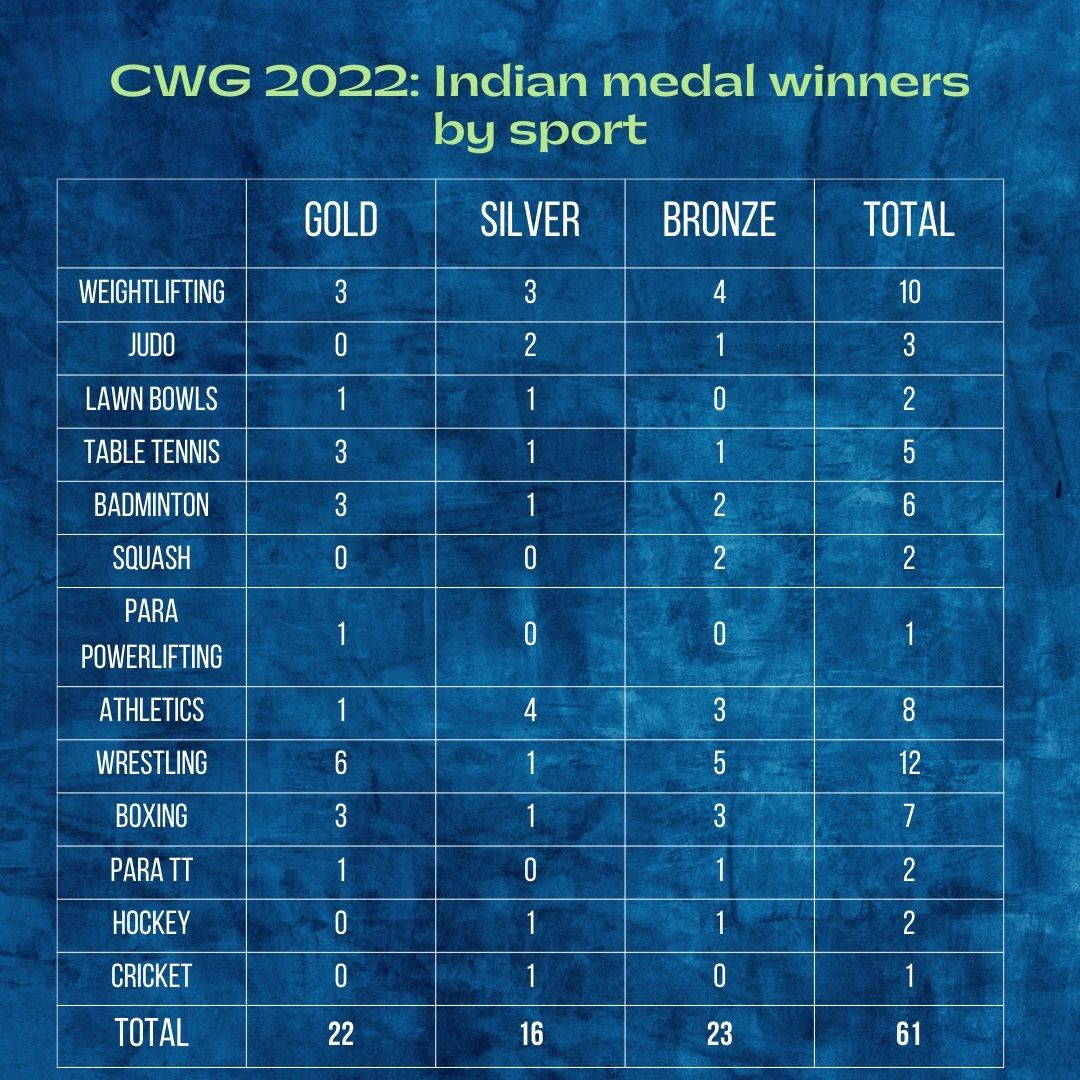 Here are the Indian medal winners at Commonwealth Games 2022: