The Commonwealth Games 2022 was officially declared open on Thursday following a stupendous opening ceremony at the Alexander Stadium, with Birmingham welcoming 6,500 sportspersons from across 72 nations and territories for the 22nd edition of the tournament.

The two-hour opening ceremony began with drummer-percussionist Abraham Paddy Tetteh's performance, with Indian classical vocalist and composer Ranjana Ghatak taking the lead to showcase the diversity of the city.

It's time for the America's to take to the stage. 🏟️

Featuring @CwthSportCAN, @BAHNOC, Guyana and the Falkland Islands who know how to make an entrance. 🙌 #CommonwealthGames | #B2022 pic.twitter.com/gKDMd2SeKj

The Commonwealth Games 2022 is the first major tournament that is being held without major COVID-19 restrictions and no one could deny Birmingham for giving itself a massive pat on the back for taking on the responsibility of staging the tournament after South Africa was stripped of hosting duties.

And last but not least, it's the home continent. 🌎

"I'm a Brummy and this is a great city founded by people who just got on with," said Birmingham 2022 chair John Crabtree. "People just go on with it, that's why we're here frankly. Birmingham is a modest city that would like to have the spotlight on it for just a bit."

The ceremony delivered all the classic staples of an opening night extravaganza from the parade of athletes to a shower of thundering fireworks.

But it was the high-tech story-telling of Stella and The Dreamers, a group of young athletes from around the Commonwealth who explore Birmingham's history representing a better, brighter future that provided the backbone of the two and a half hour show.

Carrying the crowd - the Caribbean! 👋🏽

However, the most anticipated moment of the night was the parade of nations as athletes from 72 countries and territories, who will compete for medals in 19 sports over 11 days, made their entrance.

Australia, widely expected to battle for top spot on the medal table as usual, were first into the stadium while their great rivals England were last and greeted with a huge roar. 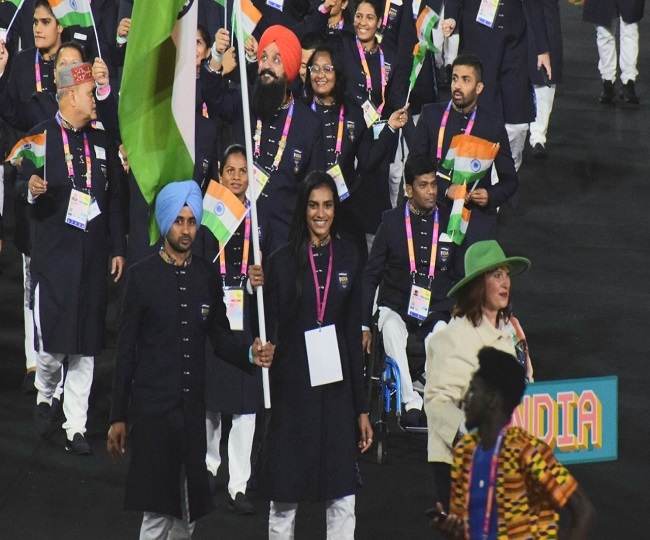 Neeraj Chopra was the designated flagbearer for India, but he suffered an injury during the World Athletics Championships that ruled him out of the tournament.

Meanwhile, India - whose best performance in the Commonwealth Games came in 2010 where it won 101 medals - will be represented by 215 athletes who will take part in 141 events across 19 sporting disciplines. 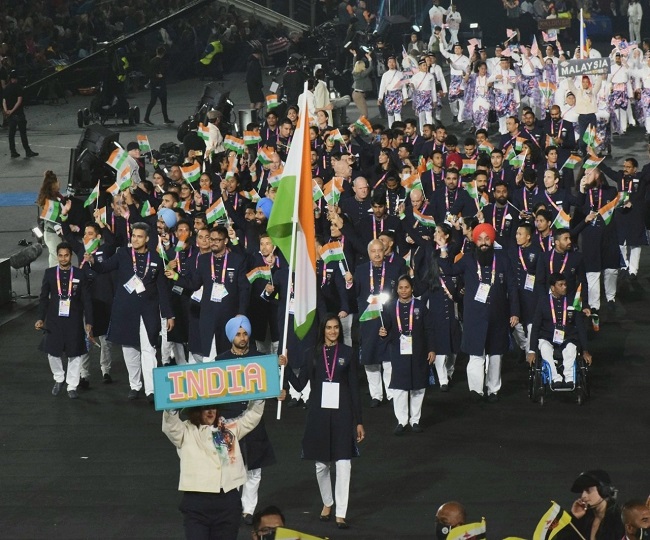 Women's T20I cricket is making its debut at the Commonwealth Games in Birmingham this year, with the top eight teams competing for the gold medal. 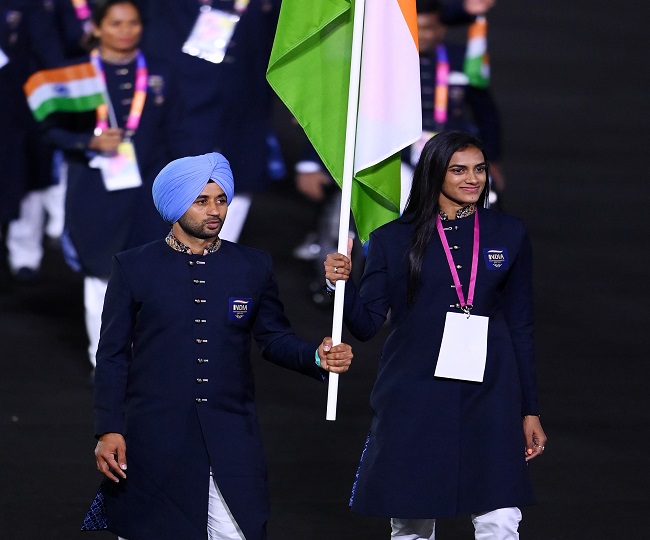 Indian women's cricket team will make their CWG debut against Australia on Friday. While the women's hockey team will take on Ghana.

(With inputs from agencies)