Abhinav Bindra gifted a puppy named 'Tokyo' to Tokyo Olympics' Gold medalist Neeraj Chopra on Wednesday as he met the latter in Chandigarh.

Neeraj uploaded the picture over his Instagram handle and captioned it, "Started my time off by spending a wonderful afternoon with @abhinav_bindra sir and his family. Was able to introduce my medal to its elder sibling from Beijing and also enjoyed the warm hospitality of the Bindra family. Thank you sir for hosting us and for introducing me to ‘Tokyo’, the newest member of the Chopra family!" 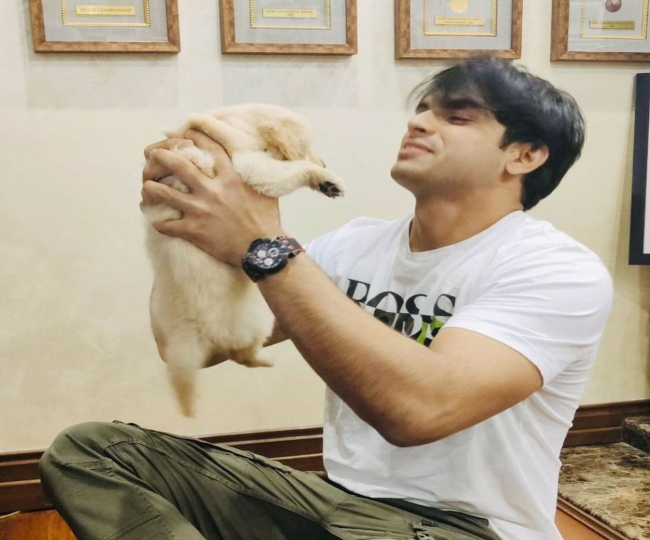 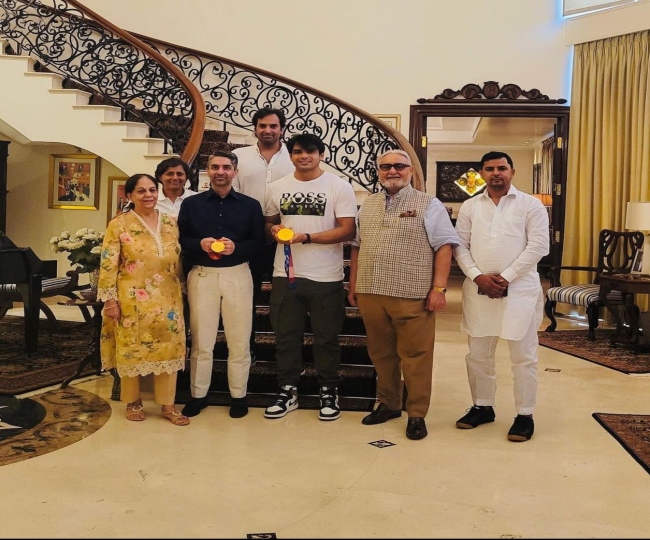 Abhinav Bindra also posted their picture on his social media accounts and named the puppy ‘Tokyo’. He said, "'Tokyo' will be a supportive friend and motivate you to get a sibling named Paris for him in 2024!"

Abhinav Bindra scripted history in 2008 at the Beijing Olympics as the shooter won a gold medal in 10m air rifle. And now after a long wait, the Indian athlete  Neeraj Chopra made the nation proud once again in the International games by clinching the gold medal in the men's javelin final at Tokyo 2020.

Earlier, Neeraj had also won a gold medal in Asian Games and Commonwealth Games in 2018. Not only this, but the Golden boy of India also won the Junior World Championship and set the U-20 World Record with a throw of 86.48m.