Rajasthan Crisis LIVE | 'People's trust and unity of Congress MLAs has brought us this victory': Gehlot on winning trust vote

Hitting out at the Opposition over its criticism of the recent political developments in Rajasthan, Sachin Pilot today described himself as the strongest warrior of the Congress, saying he would protect his party at all costs.

Jaipur | Jagran News Desk: Day after the Ashok Gehlot met Sachin Pilot, signalling a reconciliation, the Congress government in Rajasthan won the trust vote in the state Assembly. With the Ashok Gehlot government winning the confidence motion, Sachin Pilot today described himself as the strongest warrior of the Congress, saying he would protect his party at all costs.

"They are taking my name repeatedly. Prior to my seat being changed, I was safe and part of the government. Then I thought why our Speaker and chief whip have given me a seat here? I thought for two minutes and then saw that this is a border. On one side is the ruling party and on the other is the Opposition. Who is sent to the border? The strongest warrior is sent," Pilot said

Here are the LIVE updates from the big story:

17:55 pm: Winning trust vote in Assembly is a message to the forces that are trying to destabilize elected govts in country. Their every tactic failed in Rajasthan. It is people’s unwavering trust in us & unity of our Congress MLAs that has brought this victory: Rajasthan CM Ashok Gehlot

17:45 pm: The way BJP had conspired in Madhya Pradesh, Karnataka, Maharashtra, Goa, Manipur & Arunachal Pradesh, they applied the same technique in Rajasthan, but they have been exposed: Rajasthan Chief Minister Ashok Gehlot

17:30 pm: In the entire state, there is a wave of happiness. The BJP's conspiracy has failed in Rajasthan. I consider it a win for the people of Rajasthan. Now we have to work together to fight #COVID19: Ashok Gehlot, CM, #Rajasthan on winning the confidence motion in Rajasthan Assembly

16:45 pm: Earlier, I was part of the govt but now I am not. It is not important where one sits, but what is in the hearts and minds of people. As far as the seating pattern is considered, it is decided by Speaker and party and I don't want to comment on it: Congress leader Sachin Pilot

16:44 pm: This has put a full stop on all suspicions that were rising. A roadmap has been prepared for all the issues that were being raised. I have complete faith, that roadmap will be announced timely: Congress leader Sachin Pilot

16:44 pm: The vote of confidence which was brought by the govt has been passed with a very good majority today in the Rajasthan Assembly. Despite various attempts by the opposition, the result is in favour of govt: Congress leader Sachin Pilot

16:23 pm: The House has been adjourned. The Assembly to reconvene on August 21.

16:02 pm: "What you did in Karnataka, Madhya Pradesh Goa and Manipur. You have no concern over whether democracy is in danger," The Times of India quoted Ashok Gehlot as saying

16:00 pm: Ashok Gehlot says that Opposition's mission to topple the Congress government continued even during the pandemic

15:17 pm: Congress government exploited police in an attempt to save their government, says Gulab Chand Kataria

14:39 pm: "Many things will be said, much will be revealed. Whatever we had to say or do, we have been cured of our ailments. We have consulted a doctor in Delhi and we are back now," News18 quoted Sachin Pilot as saying

14:17 pm: "'Doctor' has intervened, all of us stand united," The Times of India quoted Sachin Pilot as saying

14:16 pm: "I have been given this seat as it is right on the border of seats between the government and the opposition," The Times of India quoted Sachin Pilot as saying

13:57 pm: "I was made to think why I was told to set here. But then I realised that this is the border area and the strongest soldier in the army is sent to the border," India Today quoted Sachin Pilot as saying

13:29 pm: According to a News18 report, Speaker CP Joshi has allotted 3 hours time for the debate

12:40 pm: The notice for a trust vote was submitted to Speaker CP Joshi by Congress' chief whip in Rajasthan Assembly Mahesh Joshi 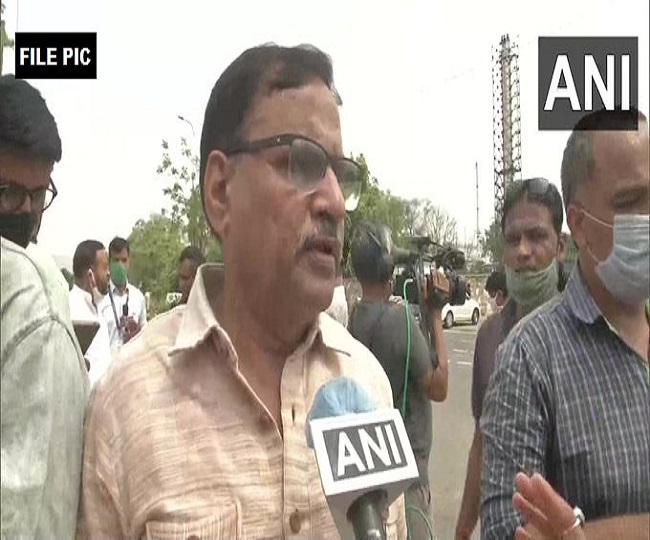 12:10 pm: If the Ashok Gehlot government wins the confidence motion, then no no-confidence motion can be moved in the Assembly for another six months as per the convention

11:20 am: Rajasthan Assembly session has begun

11:10 am: "As the Legislative Assembly session begins today, It would be the victory of the people of Rajasthan and the unity of our Congress MLAs, it would be a victory of truth: Satyamev Jayate," tweets Ashok Gehlot

11:09 am: "We are bringing a vote of confidence, it always comes first. We have a big majority," says Rajasthan Minister Shanti Dhariwal 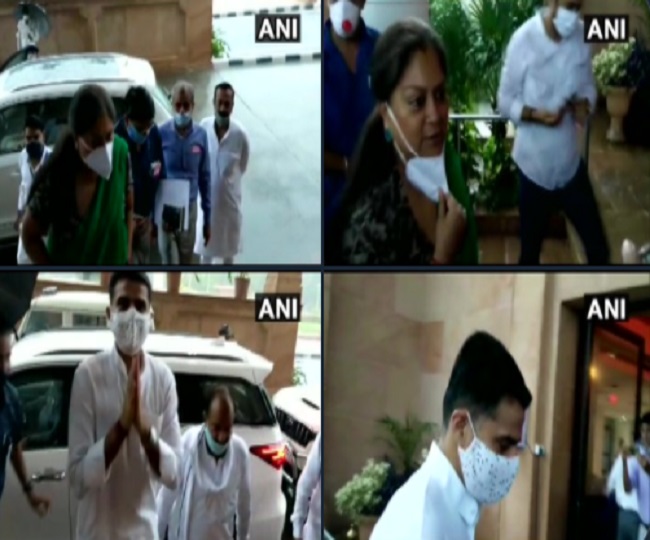 10:34 am: The BJP has said that through the no-confidence motion, they would try to expose the Congress' internal fissures before the public

10:05 am: "Gehlot has stated that the party will bring the confidence motion in the assembly. He assured everyone that grievances of all will be addressed whenever they want," news agency PTI quoted a Congress leader as saying

9:45 am: The Supreme court had yesterday allowed the six MLAs to take part in the trust vote

9:30 am: Meanwhile, the BSP has issued a whip to its 6 leaders who shifted to the Congress and has asked them to vote against the Ashok Gehlot government during the trust vote

Congress Legislature Party meeting to take place here, ahead of the special session of the #Rajasthan Assembly tomorrow. pic.twitter.com/0pIZ1vr2dM

9:05 am: Meanwhile, former Chief Minister Vasundhara Raje yesterday met Governor Kalraj Mishra. According to a official, it was a "courtesy meeting" between the two leaders

8:36 am: The Ashok Gehlot-led Congress government will move a confidence motion in the Rajasthan Assembly during the session beginning today