Punjab Crisis: Charanjit Singh Channi to be new CM, unanimously elected as Leader of Punjab CLP | As it happened

Punjab Political Crisis LIVE: A majority of MLAs have proposed Sukhjinder Singh Randhawa's name for the CM post and the top leaders in Chandigarh are awaiting the green signal from the high command.

New Delhi | Jagran Politics Desk: Sukhjinder Singh Randhawa is likely to be appointed as the new Chief Minister of Punjab. Congress is soon to announce the name of the chief minister. A majority of MLAs have proposed his name and the top leaders in Chandigarh are awaiting the green signal from the high command. A meeting is going on at Rahul Gandhi's Delhi residence to decide the next chief minister of Punjab.

Most of the MLAs are said to be in favour of a Sikh Chief Minister, sources said as quoted by IANS. They also said that there are going to be two deputy chief ministers. After the name of CM is announced, he is likely to meet the Governor later in the day. Earlier, Ambika Soni declined to become the chief minister in favour of a Sikh name. The Congress has been holding several meets since Saturday after Captain Amarinder Singh resigned as the chief minister of Punjab.

Here are the LIVE Updates from Punjab Political Crisis:

6:00 pm: t's high command's decision..., I welcome it. Channi is like my younger brother...I am not at all disappointed...: Congress leader Sukhjinder Singh Randhawa, after announcement of Charanjit Singh Channi as new Punjab Chief Minister

5:00 pm: No decision yet (on new Punjab CM), you will have to wait for 2-3 hours... announcement will be made today: Congress leader Sukhjinder Singh Randhawa

4:50 pm: Many names doing rounds for it (Deputy CM post)... no comments...: Congress leader Aruna Chaudhary on her name being proposed for Deputy CM post in Punjab.

4:28 pm: Two deputy CMs will be appointed along with CM in Punjab. 1 Hindu and 1 Dalit MLA to be appointed for the post: Sources

4:20 pm: It (next Punjab CM) will be decided today... I am not (Congress') high command. How can I decide anything? Ultimately, it is the prerogative of the high command: Congress leader Pargat Singh on the political situation in Punjab following Captain Amarinder Singh's resignation as CM

4:10 pm: Punjab Congress leader Sukhjinder Singh Randhawa leaves his residence, in Chandigarh. He has been reportedly named as CM face for the state of Punjab after Captain Amarinder Singh resigned, yesterday 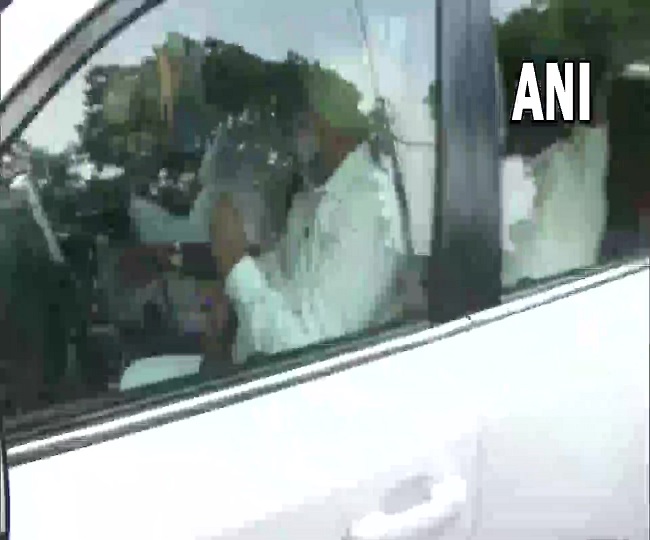 4:00 pm: I have come to meet him (Sukhjinder Singh Randhawa), official information (on CM's name) will be announced by people who have come from Delhi through a presser: Congress leader Kaka Randeep Singh

3:25 pm: Punjab political developments | After discussion with the Punjab MLAs, AICC has proposed the name of Sukhjinder Randhawa for the post of CM, a meeting is going on at the residence of Rahul Gandhi with Ambika Soni in Delhi: Sources

3:15 pm: Punjab | All MLAs have named Sukhjinder Randhawa for CM before Congress high command, he will become the CM: Congress MLA Pritam Kotbhai, in Chandigarh

3:00 pm: Not mine, don't know who's but it will be done for sure: Congress leader Sukhjinder Singh Randhwa on whether he will be taking oath as Punjab CM today

2:40 pm: Capt. Amarinder Singh has been humiliating Punjab for the last 5 yrs. The people in this party have been tolerating him for the last 4.5 years. If I was the leader of the party, then I would have removed Captain from the party in 30 days: Md Mustafa, advisor to Navjot Singh Sidhu

2:20 pm: We demand Congress to speak on this issue and put their version. Will Congress take cognizance of these allegations and take action on it: BJP leader Prakash Javadekar

2:10 pm: Former Punjab CM Captain Amarinder Singh has called his party's state chief Navjot Singh Sindhu anti-national. This is a very serious allegation. BJP is asking only one question to Congress that why Sonia, Rahul & Priyanka are silent on this?: BJP leader Prakash Javadekar

2:00 pm: Navjot Sidhu is not a traitor. If after now Capt Amarinder Singh calls Sidhu a traitor, then I will open the whole book. Capt's target is not Sidhu but the Gandhi family. I'll not allow Capt to target Gandhi family: Md Mustafa, advisor to Punjab Cong Chief Navjot Singh Sidhu

1:45 pm: Capt Amarinder Singh on Saturday wrote to Congress President expressing anguish at political events of the last about 5 months, which he said were clearly “not based on a full understanding of the national imperatives of Punjab and its key concerns," says his office. 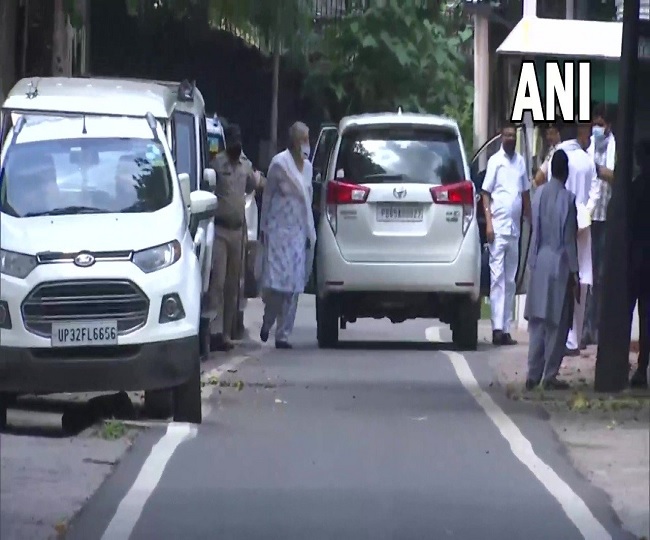 12:40 pm: Delhi | I've declined the offer (to be the next Punjab CM). Party's exercise is going on in Chandigarh with the general secretary and observers are taking views of all MLAs. I believe Punjab CM face should be a Sikh: Congress MP Ambika Soni

12:30 pm: Capt Amarinder Singh is a popular leader. They've removed him because they were apprehensive that he was growing more popular than Sonia Gandhi & Rahul Gandhi. People who're stuck in such deep mess are questioning us. It's not worth reacting to them: Union Minister Pralhad Joshi

11:50 am: Punjab | A decision will be taken in the next 2-3 hours: Congress MLA Sukhjinder Singh Randhawa on the announcement of new Punjab CM, in Chandigarh

11:15 am: "I hope that Captain Amarinder Singh ji will not take any step that will harm the Congress party...He is a respected leader of the party and I hope that he will continue to work keeping the interests of the party ahead," tweets Rajasthan CM and Congress leader Ashok Gehlot

10:40 am: Punjab | It all depends on the Congress high command. This is the prerogative of the high command. CLP meeting was held yesterday and a mandate has been given. There is no need for another meeting of the CLP: Congress MLA Pargat Singh, in Chandigarh

10:15 am: Punjab | We are awaiting Sonia Gandhi's orders. Immediately after, a decision will be taken in the CLP meeting. There is a background and issues behind the resignation of Captain Amarinder Singh: Congress MLA Kuldeep Singh Vaid after meeting with Sunil Jakhar, in Chandigarh

9:50 am: Punjab | A meeting of MLAs was held with Harish Rawat ji and Ajay Maken ji yesterday. A resolution was passed that Sonia Gandhi ji's decision will be final on this matter. Today you will get to know her decision: Pawan Goel, Working President, Punjab Pradesh Congress Committee

9:25 am: Shiromani Akali Dal president Sukhbir Singh Badal on Saturday said Amarinder Singh's resignation as Punjab chief minister is an admission by the Congress that it failed to perform in the state and has nothing to show for its tenure of over four-and-a-half years. A mere change of guard, however, will not save the Congress' sinking ship in Punjab, he said.

8:00 am: Punjab Congress MLAs Saturday authorised party president Sonia Gandhi to pick a new legislature party leader who will succeed Amarinder Singh as the chief minister of the state. This came after Amarinder Singh resigned as Punjab chief minister, saying he felt "humiliated" at the way the party handled the infighting in the state unit.