Parliament Winter Session: The MPs, suspended over their 'unruly behaviour', are protesting near the Gandhi statue and have demanded that their suspension should be revoked. The government, however, has said that the MPs should apologise for their behaviour, noting that the dignity of the House should be maintained.

New Delhi | Jagran Politics Desk: Both Houses of the Parliament - Lok Sabha and Rajya Sabha - assembled for the fourth consecutive day today. As expected, the uproar over the suspension of MPs continued in both Houses on Thursday. The MPs, who were suspended over their 'unruly behaviour', are protesting near the Gandhi statue and have demanded that their suspension should be revoked. The government, however, has said that the MPs should apologise for their behaviour, noting that the dignity of the House should be maintained.

Meanwhile, the COVID-19 situation in India was also be discussed today at the Parliament. The Centre has revised its guidelines for international travellers and deferred the resumption of international flights amid fears over the Omicron variant of COVID-19 that was detected in South Africa last week.

Here are the highlights from day 4 of Parliament Winter Session:

15:29 hours: Modi government has been making cuts in NREGA Budget ever since they came to power. Their intention is to see to it that the poor do not stand on their feet and don't live with self-respect. Their budget of Rs 1.10 Lakh in 2020-21 has now come down to Rs 73,000 crore, says Congress' Mallikarjun Kharge.

When people are coming back to their homes at the time of the pandemic, they will search for work there. They are not getting any work, on the other hand, the budget went down too, he added.

14:35 hours: I would, on behalf of TMC, like to humbly appeal to the presiding officers of both Houses to rectify television coverage. All protests are censored on the TV and we demand this censorship to be stopped, Parliament cannot be converted into a closed chamber, says party MP Derek O'Brien.

14:22 hours: We will continue with our agitation, but we will also raise the issues concerning the common people in the House, says Congress MP KC Venugopal.

12:28 hours: Just In: Congress, NCP, RJD, TRS and IUML stage walkout from Rajya Sabha over the issue of inflation. 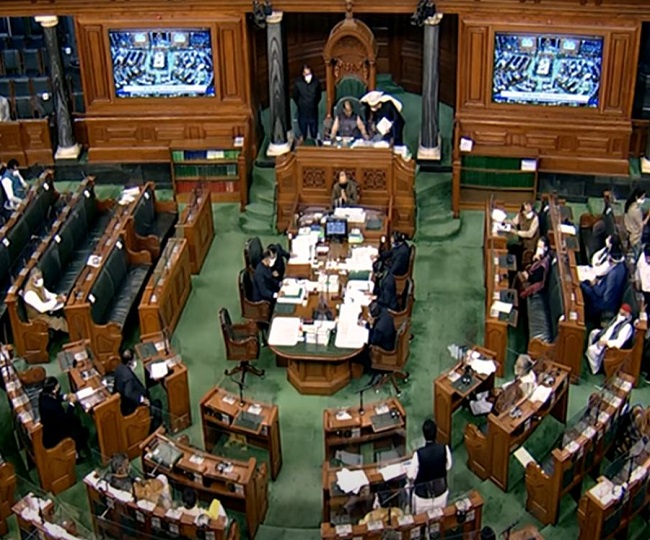 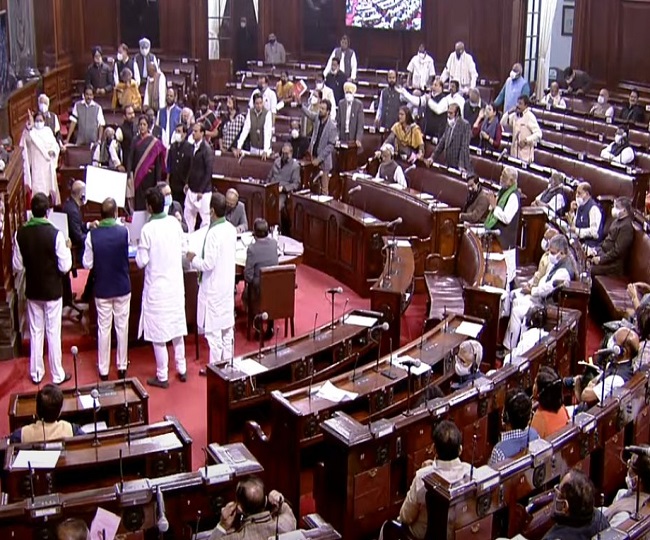 12:05 hours: It has been our effort over last 6 months to slowly increase flights, internationally as well... Omicron is a setback as all countries across the world need to be safe. Our government has categorised 11 countries as 'at risk', says Union Civil Aviation Min Jyotiraditya Scindia.

11:50 hours: While calling this suspension as undemocratic both within&outside the House, not even a word being said about reasons given for suspension, the disdainful conduct of some members during last session, which I have categorically called as ‘acts of sacrilege’, says says Rajya Sabha Chairman M Venkaiah Naidu.

Unfortunately, a message is sought to be sent out that ‘sacrilege’ of the House is democratic but action against such sacrilege is undemocratic. I am sure people of the country would not buy this new norms of democracy, he added.

11:40 hours: Some respected leaders and members of this august House, in their wisdom, chose to describe the suspension of 12 members as ‘undemocratic’. I have struggled to understand if there was any justification in that kind of a narrative being propagated but could not, says Rajya Sabha Chairman M Venkaiah Naidu.

You don’t want to regret your misconduct but insist on revoking the decision of this House taken as per due process stipulated under the Rules of the House. Does this amount to upholding the principles of democracy, he added.

11:29 hours: Rajya Sabha adjourned till 12 noon due to ruckus created by the ppposition over the suspension of 12 MPs.

10:53 hours: Just In: PM Modi is holding a meeting with top ministers in Parliament to discuss strategy for the ongoing session, reports ANI. 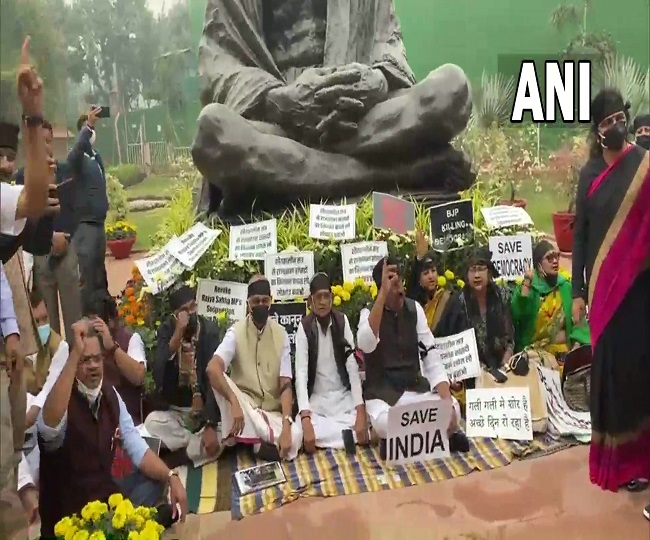 10:30 hours: We've tried to include them (TMC) in various socio-political issues where Congress made its name. Opposition should not get divided and fight amongst themselves, we've to fight against BJP together, says Congress' Mallikarjun Kharge.

9:45 hours: Congress MP KC Venugopal gives Suspension of Business Notice under rule 267 to have a discussion in the House on 'the rising prices of essential commodities amd high inflation resulting in huge financial burden on common people in the country'.

9:30 hours: Lok Sabha to have a discussion on the COVID-19 pandemic today. The discussion will be held under Rule 193.

8:53 hours: It is also expected that the Parliament might discuss the COVID-19 situation in India today amid fears over the Omicron variant. It should be noted that India has deferred the resumption of international flights, which were set to resume on December 15.

8:49 hours: The uproar over the suspension of 12 MPs will likely continue today in the Parliament. The MPs have demanded that their suspension should be revoked. However, the Centre has said that the MPs should apologise for their behaviour, noting that the dignity of the House should be maintained.

8:45 hours: Hello and welcome to the LIVE blog of English Jagran where you can catch all the live updates from the fourth day of the Parliament winter session.