Here are the LIVE updates

Carrying a banner that read "#PegasusSnoopGate We demand Supreme Court Monitored Judicial Probe", the MPs raised slogans like "ye jasoosi bandh Karo (stop this spying)". Opposition parties have stalled proceedings in Parliament alleging the union government's involvement in the alleged snooping following reports that nearly 300 mobile phone numbers including of journalists, activists, opposition leaders from India and even of union ministers figured in a list of potential snooping targets by Israel's NSO group which sells its Pegasus spyware only to "vetted" governments and government agencies. The government and the ruling BJP have dismissed the Pegasus Project reports as concocted and evidence-less.

Here are the LIVE Updates of Parliament's Monsoon Session:

1:20 pm: The meeting of Leader of House in Rajya Sabha Piyush Goyal with Opposition party leaders could not take place today due to some other engagements of Minister Goyal. The House had resumed again at 12.30 PM, however, it was later adjourned till 2.30 PM

1:00 pm: As you (TMC MP Santanu Sen) know that a resolution has been passed to suspend you from attending the proceedings till the end of the Monsoon session, we request you to leave the House: Deputy Chairperson of Rajya Sabha Harivansh House adjourned till 2.30 pm

12:50 pm: There has been no delay in entering into purchase agreements with the domestic vaccine manufacturers. Advance payments have also been made to manufacturers for the supply orders placed with them: Dr Bharati Pravin Pawar, MoS (Health) in Lok Sabha

12:41 pm: An expert group of the Indian govt is still in talks with Pfizer over COVID vaccine supply: Health Minister Mansukh Mandaviya in Lok Sabha

12:37 pm: PM has said many times not to politicise vaccination programme. It's our aim to vaccinate every 18+ citizen in the country. This is not the time to do politics: Health Minister Mansukh Mandaviya in Lok Sabha

12:30 pm: Lok Sabha adjourned till Monday, 26th July amid uproar and protests in the House over 'Pegasus Project' media report and other issues.

12:20 pm: Leader of House in Rajya Sabha Piyush Goyal calls an oppn party meet at 12:15 pm over the incident where TMC MP Santanu Sen snatched papers from hands of IT Minister Ashwini Vaishnaw & tore them in the House yesterday. Sen has been suspended from the House for the entire session

12:15 pm: Rajya Sabha Deputy Chairman Harivansh requests TMC MP Santanu Sen to withdraw from the House as he has been suspended from the House - a Motion has been moved and approved. House adjourned till 12.30 pm.

12:12 pm: The only business that could be transacted so far was a 4-hour discussion on COVID-19 issues and the hour-long reply of the concerned Minister: Rajya Sabha Chairman M Venkaiah Naidu

12:11 pm: Since that discussion could take place, leaders & members could place on record their views & concerns over mgmt of pandemic besides highlighting shortcomings & suggesting a way forward. Therein lies beauty of such discussions. Why not have more of them in House?: RS Chairman

12:07 pm: My phone was tapped. It's not a matter of Rahul Gandhi's privacy. I'm an Oppn leader, I raise the voices of people. This is an attack on voices of the people. Home Minister should resign & there should be a Supreme Court inquiry against Narendra Modi: Rahul Gandhi on 'Pegasus'

12:00 pm: PM has said many times not to politicise vaccination programme. It's our aim to vaccinate every 18+ citizen in the country. This is not the time to do politics: Health Minister Mansukh Mandaviya in Lok Sabha

11:50 am: TMC MP Santanu Sen suspended from Rajya Sabha for this entire session, a day after he snatched papers from IT Minister Ashwini Vaishnaw and tore them in the House.

11:36 am: I'm deeply distressed by the course of events in House. Unfortunately, proceedings of the House hit a new low with papers being snatched from the Minister and torn into pieces. Such actions are clear assault on our Parliamentary democracy: Rajya Sabha Chairman M Venkaiah Naidu

11:33 am: This has to be investigated and the Home Minister has to resign: Congress leader Rahul Gandhi on 'Pegasus Project' media report

11:25 am: The kind of culture of violence that TMC has in Bengal, it is bringing the same in Parliament: Electronics and Information Technology Minister Ashwini Vaishnaw TMC MP Santanu Sen snatched a paper from his hand & tore it y'day in Rajya Sabha while he was speaking on Pegasus issue

11:20 am: Pegasus is classified by the Israeli state as a weapon and that weapon is supposed to be used against terrorists. The Prime Minister and Home Minister have used this against the Indian state and against our institutions: Congress leader Rahul Gandhi

9:30 am: Congress MP Deepender Singh Hooda has given suspension of Business notice in Rajya Sabha over farmers' agitation over three farm laws.

9:10 am: All Congress MPs (both Lok Sabha and Rajya Sabha) to have a meeting at 9.45 am today at Congress Parliamentary Party (CPP) office. The party MPs will protest in front of Mahatma Gandhi statue in Parliament over farmers agitation and 'Pegasus Project' media report.

8:30 am: Congress MP Manickam Tagore has given Adjournment Motion notice in Lok Sabha over the issue of 'Pegasus Project' media report. 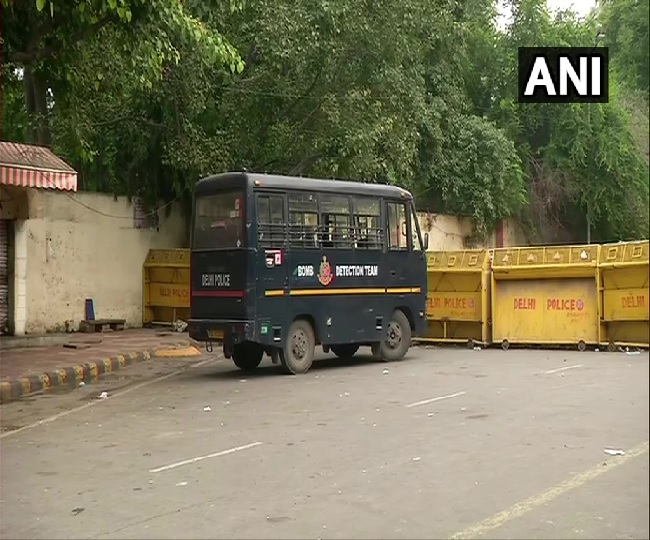 8:00 am: Under rule 256 of Rajya Sabha rules, V Muraleedharan, MoS Parliamentary Affairs Minister will move a motion seeking suspension of Shantanu Sen from the remaining part of the budget session.

7:30 am: The Congress extended its support to the farmers protesting against three agriculture laws of the Centre and its MPs staged a protest inside the Parliament complex demanding that the contentious legislations be withdrawn. Former Congress chief Rahul Gandhi and other party leaders participated in the protest.