Parliament Monsoon Session: The opposition has made it clear to the government that it wants a debate over the Pegasus snooping charges in the House. It has also said that PM Modi and Home Minister Amit Shah should be present in the House during the debate.

New Delhi | Jagran Politics Desk: With the monsoon session of the Parliament entering its last week, the Centre is looking to introduce crucial bills in the House for their passage. So far, 10 crucial bills -- including The Insolvency and Bankruptcy Code (Amendment) Bill, 2021 and The Essential Defence Services Bill, 2021 -- have been passed by the Lok Sabha and Rajya Sabha.

16:45 pm: BJP issues three-line whip to its party MPs in Rajya Sabha asking them to be present in the House on August 10 and August 11.

15:31 pm: Time has come to end deadly diseases in this country. We need to make collective efforts to win against TB. Poverty and malnutrition are two main reasons for TB. Elected representatives need to ensure steps for the eradication of the disease, says Lok Sabha Speaker Om Birla.

13:30 pm: Congress leaders are corrupt and liars. They are deteriorating the Parliamentary Committee with their lies. He (Shashi Tharoor) said the committee was informed on (July) 28 of IT Secretary's unavailability for a meeting (on Pegasus), but it's not true, says BJP MP Nishikant Dubey.

On July 23 itself IT Secy had informed them of his unavailability for the meeting due to the ongoing Parliament session. On July 27, Home Secretary also reiterated the same. But Shashi Tharoor is only interested in politicisation, instead of a discussion, he added. 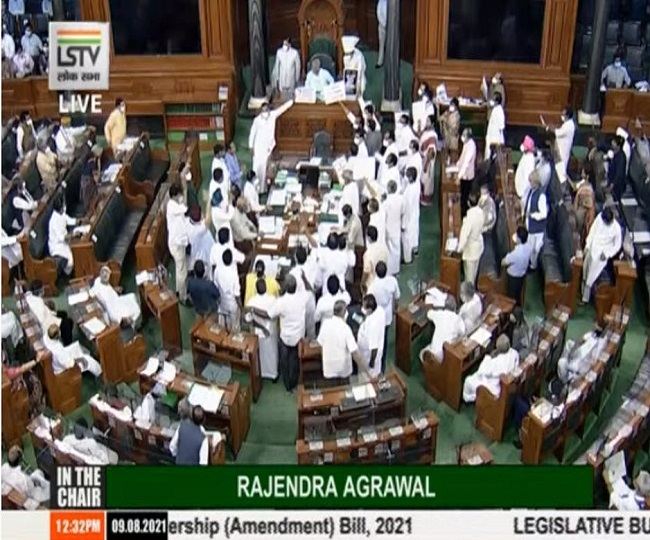 12:05 pm: When 'anndata' is dying every day, everything should be halted and black laws should be discussed to stop further deaths. But I'm sad that Government has become so insensitive that they've crushed our voices like they crushed farmers' voices in past 13 months, says Akali Dal MP Harsimrat Kaur Badal.

11:37 am: It is a matter of great happiness that our country has won seven medals at the Tokyo Olympics. People should take inspiration from this. There is nothing healthier than pursuing sports, says BJP MP Sunny Deol.

11:30 am: Neeraj Chopra did our nation proud with his Golden Javelin throw. The way he dominated the field right from the word go, never seen before, made our people rejoice as it was a statement of ‘we too can do it’, says Rajya Sabha Chairman M Venkaiah Naidu.

11:25 am: Tokyo Olympics turned out to be best for our nation, not only in terms of highest ever number of medals won, but also in terms of grit demonstrated as was evident in quite a few close finishes and many of our athletes entering medal winning rounds, says Rajya Sabha Chairman M Venkaiah Naidu.

Tokyo Olympics heralded resurgence, renaissance and national awakening in sports in our country by restoring the depleting confidence and self-esteem, he added.

11:15 am: Just In: Lok Sabha adjourned till 11:30 am amid continued sloganeering by Opposition MPs in the House.

11:12 am: Rajya Sabha members pay homage to those who laid down their lives during India's independence struggle on the 79th anniversary of the Quit India Movement. 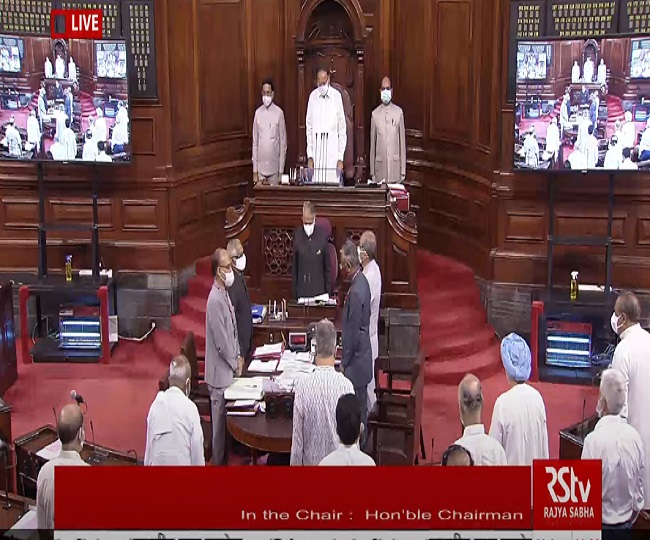 11:01 am: All Opposition parties will support The Constitution (One Hundred and Twenty-Seventh Amendment) Bill 2021 being introduced in Parliament today, says Leader of Opposition in Rajya Sabha Mallikarjun Kharge.

10:49 am: Opposition leaders meet to discuss strategy for the remaining period of the Monsoon Session of Parliament. 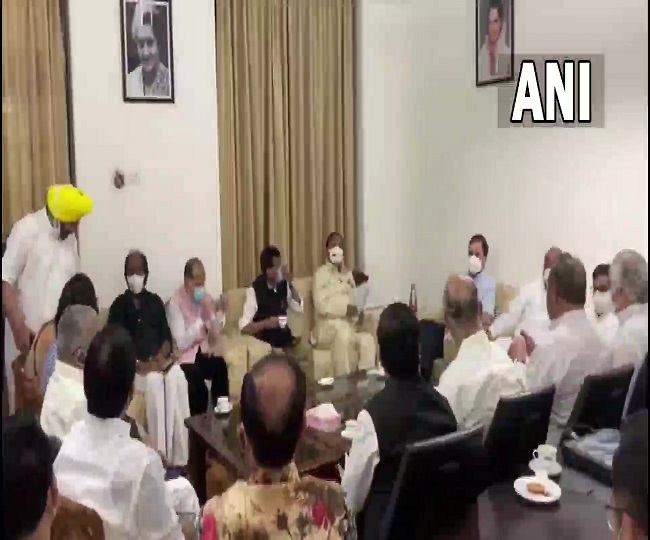 10:19 am: Opposition leaders arrive at the Parliament for a meeting to chalk out a strategy for the last week of the Monsoon Session. 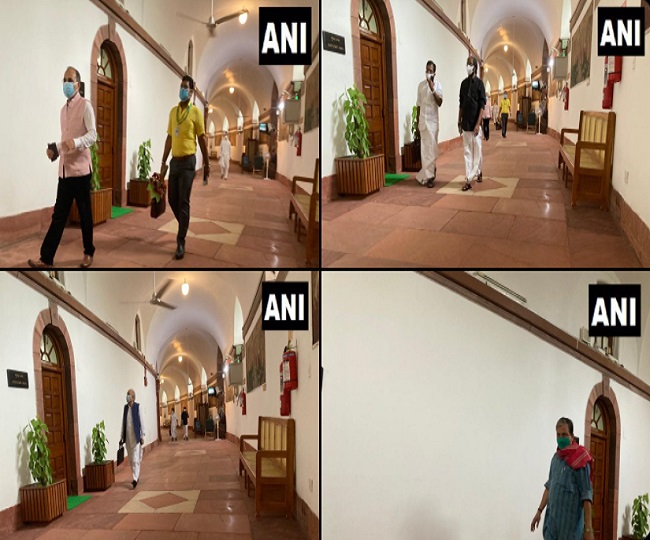 9:56 am: CP(MP) MP Elamaram Kareem CPI has given the suspension of business notice in Rajya Sabha under rule 267 on Pegasus issue.

9:32 am: Union Minister Dr Virendra Kumar to introduce the Constitution (One Hundred and Twenty-Seventh Amendment) Bill 2021 in Lok Sabha today.

9:05 am: Aam Aadmi Party MP Sanjay Singh gives Zero Hour notice in Rajya Sabha over alleged rape-murder of a 9-year-old girl in Delhi and law and order situation in the national capital.

8:56 am: The Tribunals Reforms Bill, 2021 and The General Insurance Business (Nationalisation) Amendment Bill, 2021 have been passed in Lok Sabha.

8:47 am: On Monday, Union Finance Minister Nirmala Sitharaman will introduce The Tribunals Reforms Bill, 2021 and The General Insurance Business (Nationalisation) Amendment Bill, 2021 in the Rajya Sabha.

8:40 am: The Centre might introduce crucial bills in the Parliament from Monday as the last week of the monsoon session begins.