Parliament Budget Session: Sitharaman also took a jibe at Rahul Gandhi over his 'hum do hamare do' slogan and said that the Centre is taking a holistic approach for the health sector.

New Delhi | Jagran Politics Desk: Finance Minister Nirmala Sitharaman on Saturday asserted that Union Budget 2021 will help government in making 'Aatmanirbhar' and said that the Centre took all necessary steps to sustain long-term economic growth. She also took a jibe at Rahul Gandhi over his 'hum do hamare do' slogan and said that the Centre is taking a holistic approach for the health sector.

Sitharaman had also replied to discussion on Budget in the Rajya Sabha on Friday and had slammed the Congress-led opposition for creating a false narrative against the government that it only works for cronies. Sitharaman, during her speech, lauded the government's efforts to develop the rural sector of India and said that several of the Centre's schemes were for the poor but not for the "sons-in-laws".

16:03 pm: If Mamata Banerjee, rightly says 'I want to keep my head up', she should know that everybody should keep their head up. If there is environment of violence, then there is fear, so head is not held high, says TMC leader Dinesh Trivedi

15:07 pm: Due to COVID-19, the whole world is going through a recession. Manish ji (Tewari), you come from Punjab, bring statistics from there, it's your government (Congress) there.. or from Rajasthan, Chhattisgarh. As far as recession is concerned, Jammu and Kashmir is doing better than all of them, says Amit Shah.

14:53 pm: Nobody, not even our rivals can say that there was fraud or unrest during the election (DDC). Everyone voted fearlessly and peacefully. 51 per cent votes were cast in the Panchayat elections. Jinhone Dhara 370 waapis laane ke aadhar par chunav lada tha wo saaf ho gaye saaf, says Amit Shah.

14:53 pm: Manish bhai (Manish Tewari), recall Congress days. Thousands killed, curfew imposed for days. Adjudge the situation on basis of data. Peace in Kashmir is a big thing. I don't want to recall the days of unrest. Such days won't be there (Jammu and Kashmir) again as it's our government now, says Amit Shah.

14:29 pm: I have said in this House and I say it again that this Bill has got nothing to do with the statehood of Jammu and Kashmir. Statehood would be given to Jammu and Kashmir at an appropriate time, says Amit Shah.

14:22 pm: I have no objection, I will give an account for everything. But those who were given the opportunity to govern for generations should look within if they are even fit to demand an account, says Amit Shah

14:21 pm: We were asked what did we do about promises made during abrogation of Article 370. It has been 17 months since the abrogation and you are demanding an account for it. Did you bring the account of what you did for 70 years? Had you worked properly, you need not have asked us, says Amit Shah.

13:55 pm: Rahul Gandhi's comment over China disengagement at LAC has given voice to the nation. Those who're saying that our land hasn't been taken away and LAC has been maintained, we respect it. But if nothing happened, why're the talks happening?, says Congress' Salman Khurshid

13:50 pm: Before Session begins, Lok Sabha and Rajya Sabha sit together for discussions. Discussions are held with Parliamentary Affairs Ministry too. After that we take decision. It will be in accordance with situation at that time: Lok Sabha Speaker Om Birla on 2nd session of Parliament Budget Session

13:45 pm: There was an impasse in the first week, but it was soon resolved after I spoke to MPs and leaders of all parties. Everyone participated in discussions after that. Impasse was long, so we sat till late in the night later to make up for it, says Lok Sabha Speaker Om Birla 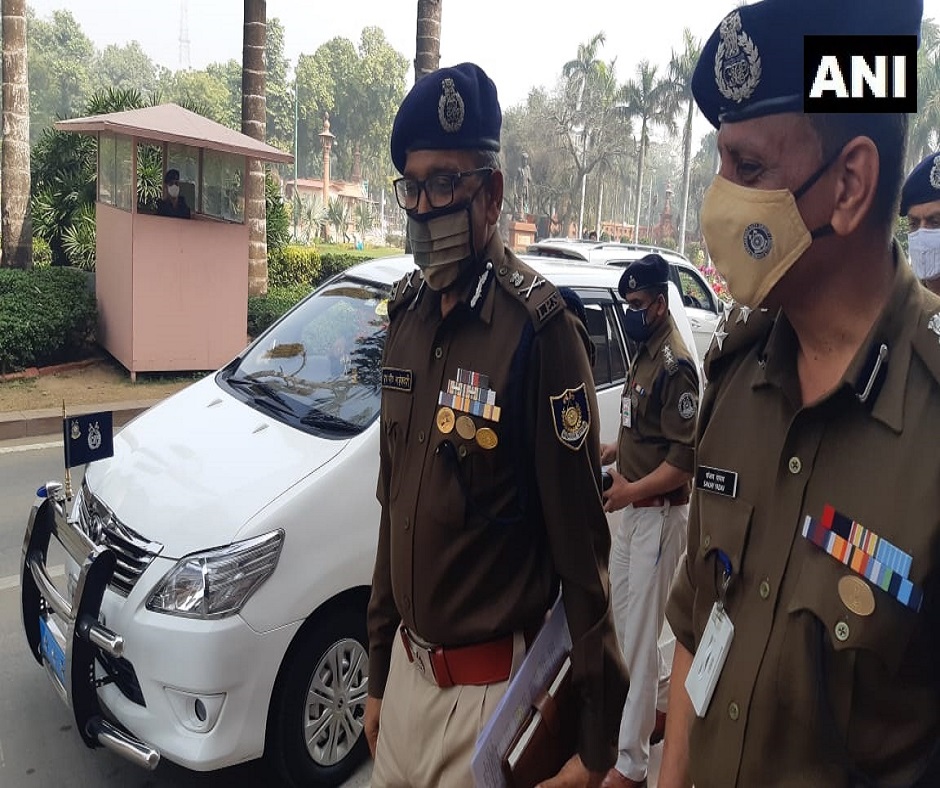 12:20 pm: The dreams that you had shown after the abrogation of Article 370 have not been fulfilled. Jammu and Kashmir has not returned to normalcy. More than Rs 90,000 crore of local business has finished. We want you to tell us how will you improve things in Jammu and Kashmir, says Congress' Adhir Ranjan Chowdhury.

11:03 am: Where are the cronies? They're hiding probably in the shadow of that party which has been rejected by the people. The shadows who were invited to even develop a port. They invited, no open tenders, no global tenders, says Nirmala Sitharaman.

11:03 am: 'Hum 2 hamare 2' is that - we're 2 people taking care of party and there are 2 other people who I've to take care, daughter and damad will take care of that. We don't do that. Rs 10,000 is given to 50 lakh street traders as working capital for 1 year. They aren't anyone's cronies, says Nirmala Sitharaman

10:59 am: PM SVANidhi Yojana, for those who are constantly accusing us of dealing with cronies - SVANidhi doesn't go to cronies. Damads get land in states which are governed by some parties - Rajasthan, Haryana once upon a time, says Nirmala Sitharaman.

10:48 am: There is mention about Defence getting no mention in speech, why hiding details about Defence?...Rs 1,16,931 crore Defence expenditure in 2013-14, this being so huge, unless we pair it down into 3 compartments, you aren't going to get a true picture-Revenue, Capital, Pension, says Nirmala Sitharaman.

10:38 am: I will firmly establish that in spite of bringing water and sanitation, the allocations to the core health has not come down. On the contrary, it has gone up, says Nirmala Sitharaman.

10:33 am: Nirmala Sitharaman hits back at Rahul Gandhi over 'hum do hamare do' slogan

10:20 am: This Budget draws from the experience of the PM when he was CM - on the ground in Gujarat, seen so many revivals happening at a time when the license quota raj was going away post-1991 and then based on that experience, commitment to reform was blended into this Budget, says Nirmala Sitharaman

10:17 am: Stimulus plus reforms - an opportunity has been taken out of pandemic situation. A challenging situation like pandemic didn't deter government from taking up reforms that are going to be necessary for sustaining long term growth for this country, says Sitharaman in Lok Sabha.

9:55 am: Also Read -- 'PM a coward who cannot stand up to Chinese': Rahul Gandhi's blistering attack at govt over Ladakh Standoff

9:45 am: Earlier, Congress' Rahul Gandhi had attacked the Centre over India-China border standoff and called Prime Minister Narendra Modi "a coward who cannot stand up to the Chinese".

9:30 am: According to news agency PTI, Parliamentary panel on defence decides will visit Galwan Valley, Pangong in Eastern Ladakh soon.

8:55 am: Meanwhile, Saturday will mark the end of the first part of the Budget session of the Parliament.

8:15 am: Lauding Union Budget 2021, Sitharaman said that it is instrument for Aatmanirbhar Bharat and asserted that the government is also looking at "long term sustainable growth".

8:10 am: Sitharaman also accused the opposition of constantly alleging a false narrative that the government only worked for cronies.

8:05 am: On Friday, Sitharaman had replied to Budget discussions in Rajya Sabha and launched a scathing attack at the Congress, saying Union Budget 2021 will help poor but not the "damaads".

8:00 am: Finance Minister Nirmala Sitharaman will reply to the discussion on the Union Budget 2021 in the Lok Sabha today at 10 am.