Parliament: Rajnath Singh says 'LAC disengagement to be phased and verifiable' | As it happened

New Delhi | Jagran News Desk: In what could end the standoff between India and China along the Line of Actual Control (LAC) in eastern Ladakh, Defence Minister Rajnath Singh on Thursday said that New Delhi and Beijing have agreed to withdraw troops from north and south of Pangong Lake in a "phased and coordinated manner". Assuring the House that India has "not lost anything", Rajnath said that the Indian Army dealt with situation in eastern Ladakh "effectively and maintained their edge". He further said that India has always conveyed to China that border issues can be resolved through talks.

This comes a day after the Chinese Defence Ministry said that Indian and People Liberation Army (PLA) troops have started "synchronised and organised" disengagement in eastern Ladakh. Since May last year, India and China have been locked in a standoff along the LAC in eastern Ladakh. The two sides have held several rounds of military and diplomatic talks but have failed to end the deadlock. Amid this, the opposition, led by the Congress, has attacked the government on several occasion over the situation in Ladakh, asking the Prime Minister and the Defence Minister to make a statement over the issue.

18:18 pm: This Budget shows a hope - a hope to build new India, a hope for stronger India, a hope to build Aatmanirbhar Bharat. I would like to thank the Finance Minister because this is going to set the path to make India an economic and manufacturing powerhouse, says MoS Finance Anurag Thakur.

18:17 pm: A senior MP was speaking before me, so I thought he must be knowing rules of this House and that if one issue has already been discussed, it is not discussed again. Secondly, I can understand that he was not prepared for Budget (to speak on it), says MoS Finance Anurag Thakur.

17:35 pm: The content of the third law is that when a farmer goes before the biggest businessman of India to demand the right price for his crops, he will not be allowed to go to the court, says Rahul Gandhi.

17:23 pm: Chinese side will keep its troop presence in the North Bank area to east of Finger 8. Indian troops will be based at their permanent base at Dhan Singh Thapa Post near Finger 3. Similar action would be taken in the South Bank area by both sides, says Rajnath Singh.

17:22 pm: The agreement that we have been able to reach with the Chinese side for disengagement in Pangong lake area envisages that both sides will cease their forward deployments in a phased, coordinated and verified manner, says Rajnath Singh.

17:21 pm: These will be focus of further discussions with the Chinese side. We've agreed that both sides should achieve complete disengagement at the earliest and abide fully by the bilateral agreements and protocols. By now, the Chinese side is also fully aware of our resolve, says Rajnath Singh.

17:20 pm: I want to assure this House that in these talks we have not conceded anything. The House should also know that there are still some outstanding issues with regard to deployment and patrolling at some other points along the LAC in Eastern Ladakh, says Rajnath Singh.

17:17 pm: It's because of this bravery of our Armed Forces in harsh adverse climatic conditions that we maintained the edge. Our Armed Forces proved yet again that territorial integrity of our country remains safe in their hands and their grit and determination is unwavering, says Rajnath Singh.

17:17 pm: Our Armed Forces responded to challenges by unilateral Chinese action and have shown valour and courage on both South and North bank of Pangong Tso. Many strategic points were identified and our troops positioned themselves at locations very important from our point of view, says Rajnath Singh.

17:15 pm: Since last Sept, both sides (India and China) have maintained communication with each other through military and diplomatic channels. Our objective was to effect disengagement and maintain status quo along the LAC so as to restore peace and tranquillity, says Rajnath Singh. 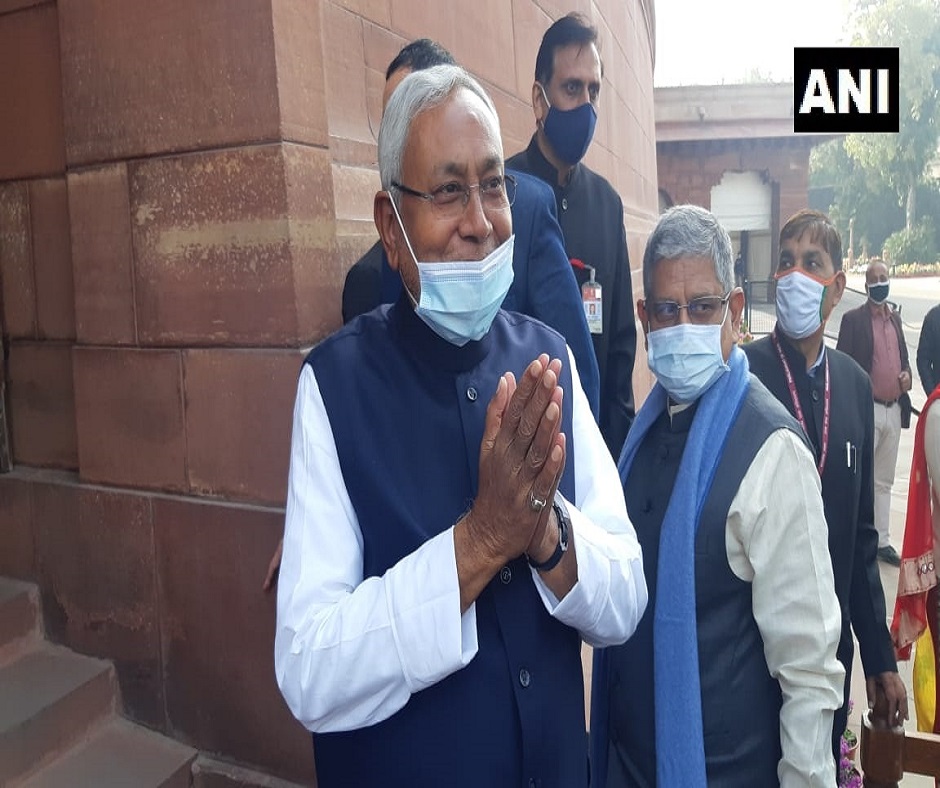 14:08 pm: Centre informs Parliament that IT rules are being amended to make social media platforms more responsive and accountable to Indian laws. These rules will also make digital media platforms to adhere to the Code of Ethics.

13:37 pm: DMK MP D Ravi Kumar has given Adjournment Motion Notice in Lok Sabha demanding to raise the matter of "reluctance of Tamil Nadu Government in creating the state Commission of SC after ruling of Madras High Court".

13:37 pm: Congress MP K Suresh has given Adjournment Motion Notice in Lok Sabha over "alleged tampering of digital evidence of an accused in Bhima Koregaon case".

12:52 pm: We value consensus in politics. I had said in Parliament, government may run with majority but nation runs with consensus, tells PM Modi to BJP MPs.

Our government gave Bharat Ratna to Pranab Mukherjee, who was our political rival, honoured Tarun Gogoi, others for their service to nation, he added.

12:04 pm: Business Advisory Committee has decided that the first half of the Budget Session of Rajya Sabha will conclude tomorrow, reports ANI.

11:55 am: General Discussion on Union Budget for 2021-2022 commenced in Lok Sabha yesterday in which 36 members participated for 6 hours and 42 minutes. Further discussion will be taken up today, says Lok Sabha Secretariat

11:28 am: Congress MP Manickam Tagore has given adjournment motion notice in Lok Sabha over the rise in fuel prices.

10:48 am: Many fraction areas are built near LAC in Eastern Ladakh. China has collected heavy force and arms and ammunition near LAC and in the nearby area on their side. Our forces have also adequate and effectively done counter deployment, says Rajnath Singh

10:43 am: Our sustained talks with China have led to agreement on disengagement on the north and south banks of Pangong Lake. After this agreement, India-China will remove forward deployments in a phased, coordinated manner, says Rajnath Singh

10:42 am: Our security forces have proved that they are ready to face any challenge to protect the sovereignty of the country, says Rajnath Singh

10:38 am: We are committed to maintaining a peaceful situation at the Line of Control. India has always emphasised on maintaining bilateral ties, says Rajnath Singh

10:37 am: India's aim is to maintain peace along the LAC in eastern Ladakh, says Rajnath Singh

9:56 am: Rajnath Singh arrives at Parliament.

He will make a statement on ‘present situation in Eastern Ladakh’ in Rajya Sabha at 10:30 am today. pic.twitter.com/hyXn9iyD0w

9:50 am: Army chief General MM Naravane arrives at the Parliament. 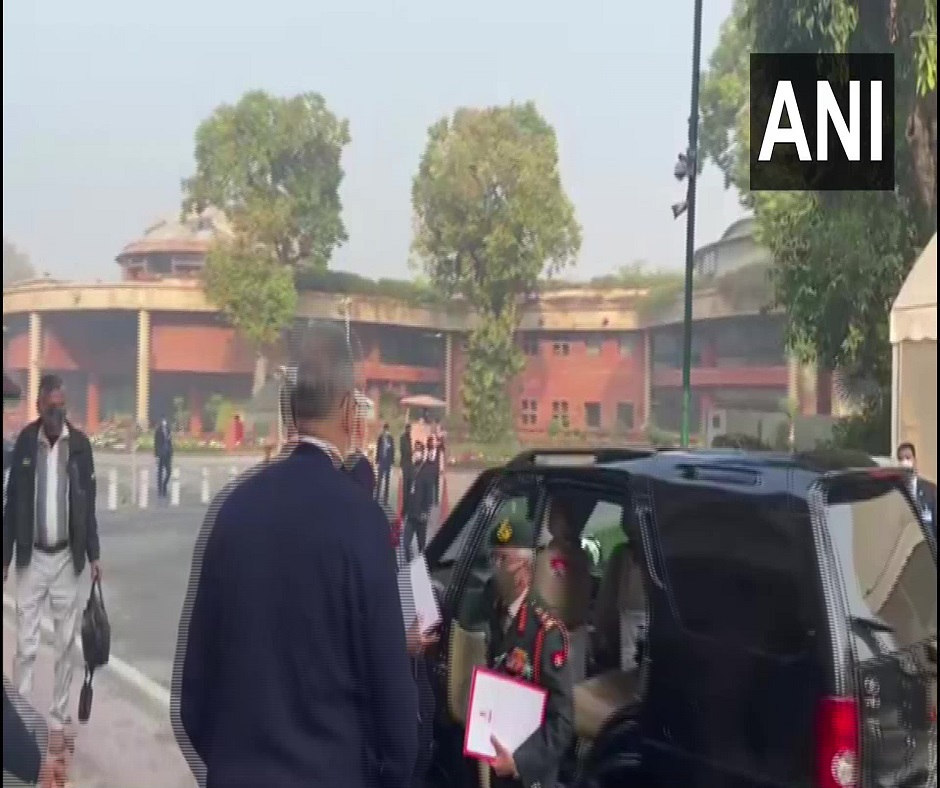 9:37 am: Meanwhile, Rajnath Singh will also make a statement in the Lok Sabha today over the present situation in eastern Ladakh.

8:33 am: The opposition, meanwhile, has attacked the government over the situation in Ladakh, asking PM Modi and Rajnath Singh to make a statement over the issue.

8:25 am: The tensions between India and China had particullarly increased after the violent standoff in Galwan Valley on June 15 last year that claimed the lives of 20 Indian soldiers.

8:20 am: India and China are locked in a standoff in eastern Ladakh since May last year. The tensions have escalated over the last few months and talks have subsequently failed to the impasse along the LAC.

8:15 am: This comes a day after China announced that Indian and Chinese troops at the south and north banks of the Pangong Lake in eastern Ladakh have started "synchronised and organised" disengagement.

8:10 am: Defence Minister Rajnath Singh will make a statement in Rajya Sabha at 10:30 am today over the "present situation in Eastern Ladakh".

"Raksha Mantri Shri Rajnath Singh will make a statement in Rajya Sabha tomorrow regarding 'Present Situation in Eastern Ladakh'," the Defence Ministry had said on Wednesday.