Parliament Budget Session: PM to reply to Motion of Thanks on President's address in RS on Monday | Highlights

Parliament Budget Session: The Centre has agreed to discuss farm laws in the Parliament for 15 hours amid protests from opposition.

New Delhi | Jagran News Desk: Day after the government agreed to discuss farm laws in the Parliament for 15 hours, the opposition has prepared to corner the Centre on the Republic Day Violence and farmers' protest. The opposition led by the Congress has said that it is "concerned" about the farmers' agitation against the farm laws and want the Centre to withdraw the farm laws immediately.

On Wednesday, the Lok Sabha proceedings were repeatedly adjourned due to opposition's protest against the farm laws, following which the government urged the members of the Parliament to return to their seats, people have sent them to the House to discuss their issues and not to raise slogans.

18:55 pm: Prime Minister Narendra Modi to reply to the Motion of Thanks on the President’s Address, in the Rajya Sabha on Monday, 8th February.

16:33 pm: I paid an official visit to Sri Lanka from 5-7 January 2021 Apart from talks held with my counterpart, I discussed a range of bilateral and regional issues with President Gotabaya Rajapaksa and PM Mahinda Rajapaksa, says EAM S Jaishankar in Rajya Sabha

It is in Sri Lanka’s own interest that expectations of Tamil people for equality, justice, peace and dignity within a united Sri Lanka are fulfilled. That applies equally to commitments made by Sri Lankan government on meaningful devolution, including 13th Amendment to Constitution, he said.

The Government of India has consistently called upon Sri Lanka during bilateral discussions at all levels to fulfill its commitments on addressing the issues related to protecting the interest of Tamils in Sri Lanka, he added.

In addition, there is the issue of 83 missing Indian defence personnel, whose custody has not been acknowledged by Pakistan so far: Ministry of External Affairs in Rajya Sabha

15:25 pm: Union Cabinet gave nod to GNCTD (Amendment) Bill in a secretive way yesterday. The Bill would give LG power to stop work being done by government elected by people of Delhi. Giving powers to LG means handing it to Centre and in tandem to BJP. It's against constitution &democracy: Delhi Deputy CM Manish Sisodia

15:24 pm: US Presidential Proclamation of 22 June 2020, suspended entry of certain categories of non-immigrant visa holders and their families till 31 December 2020(extended to 31 March 2021). This Proclamation isn't specific to India or any one country: MoS External Affairs Ministry in Rajya Sabha

According to the US Department of State, Indian nationals have received between 69.9 to 72.1 per cent of the total H-1B visas issued by the Government of USA between the fiscal years 2017 to 2019: MoS External Affairs Ministry

Government is closely engaged with US Administration and other stakeholders on issues related to movement of Indian professionals, highlighting importance of people-to-people linkages and contribution of Indian skilled professionals to growth and development of US economy: MoS External Affairs Ministry

12:38 pm: TMC MP Derek O'Brien says "the government has failed India at many levels, it failed to uphold Parliament's sanctity because of its arrogance. On September 20, 2020, seven MPs who stood for farmers were suspended. I stand in solidarity with the farmers who lost their lives".

12:37 pm: Union Ministers and senior BJP leaders to hold media briefing on 6th and 7th February over Union Budget in all state capitals.

12:31 pm: TMC MP Derek O’Brien also attacked the government over farmers' protest and asked the Centre to take care of Delhi first and then West Bengal.

"Such are times...we should be thankful for small freedoms. Freedoms like being allowed to speak without the microphones being muted, or the television feeds censored or MPs not being escorted out," he said.

12:15 pm: Former Prime Minister and JDS chief HD Devegowda today said that farm laws is a state subject and it's in the concurrent list, adding that state government's opinion also has to be taken.

"We condemn actions of certain miscreants on Republic Day, but farmers are not responsible for it. They should not be punished. Centre's decision to put concrete walls at protest site won't help. Government must end the matter peacefully," he said.

11:23 am: BJP MP Jyotiraditya Scindia attacks opposition, says country is battling COVID-19 but some leaders are busy pointing fingers. He further attacked the opposition for questionning lockdown and unlock phase.

"When there was UPA government, the health budget was not utilized fully. Congress-led UPA's 5 year budget was Rs 1,75,000 crores while NDA's one year health budget is Rs. 2,23,000 crores, 137 per cent increase from last year," he says.

10:55 am: The delegation of opposition leaders that had gone to meet the protesting farmers at Ghazipur border is returning back. 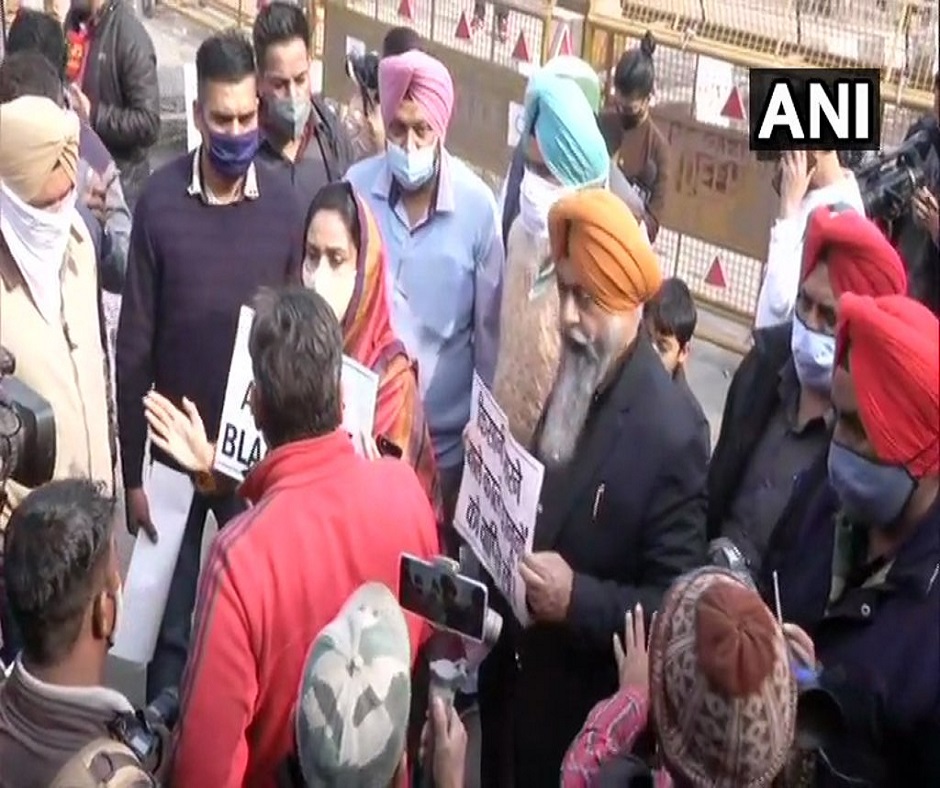 10:41 am: Earlier today, RJD MP Manoj Jha slammed the Centre for its reaction towards the farm protests.

"Our democracy is strong, it will not be weakened by anyone’s tweet," he said.

10:40 am: We are here so that we can discuss this issue (farmers' protest) in Parliament, Speaker is not letting us raise the issue. Now all the parties will give details of what is happening here, says SAD MP Harsimrat Kaur Badal.

10:40 am: Opposition leaders who have reached Ghazipur border to meet the protesting farmers have been stopped by the police. 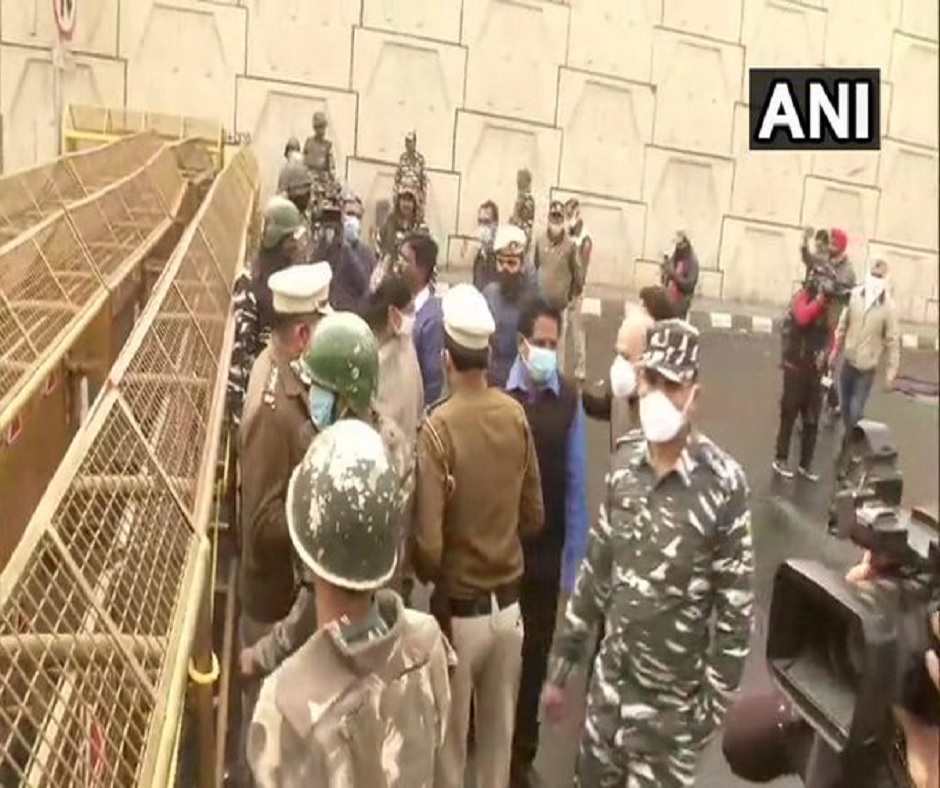 10:35 am: Around 15 MPs from 10 opposition parties will arrive at Ghazipur border to meet farmers protesting against new farm laws.

10:31 am: The opposition has prepared to corner the government over the three contentious farm laws and the Republic Day violence in the national capital.