CWC Meeting: Elections for Congress president to be held in September 2022 | Highlights

CWC Meet: The meeting also comes amid rumblings within the Congress' state units such as in Punjab, Chhattisgarh and Rajasthan where the party is in power.

New Delhi | Jagran News Desk: Amid the leadership crisis in Congress, the Congress Working Committee (CWC) on Saturday met at the AICC headquarters in New Delhi. This is the first CWC meet organised after the COVID-19 pandemic. The meeting came after demands from some quarters within the party to discuss important issues, including some defections in the recent past.

As per news agency PTI, organisational elections, forthcoming assembly polls and the current political situation, including the Lakhimpur Kheri incident, will be on top of the agenda of the CWC meet today. The meeting also comes amid rumblings within the Congress' state units such as in Punjab, Chhattisgarh and Rajasthan where the party is in power.

The G-23 leaders have been demanding the convening of the CWC with Kapil Sibal last month wondering who in the party was taking decisions in the absence of a full-time president and asserting that G23 leaders' grouping is "not a Jee Huzur 23". Former leader of the Opposition in the Rajya Sabha Ghulam Nabi Azad had also written to the Congress president to convene a meeting of the CWC soon.

Here are the LIVE Updates from CWC Meet:

- We have full faith in Sonia Gandhi ji and nobody is questioning her leadership, says Congress leader Ghulam Nabi Azad during CWC meeting: Sources

- Elections for Congress president to be held in September 2022: Sources

- Congress Working Committee meeting | I've always appreciated frankness. There is no need to speak to me through the media. So let us all have a free&honest discussion. But what should get communicated outside four walls of this room is collective decision of CWC: Sonia Gandhi

- "The entire organization wants a revival of the Congress. But this requires unity and keeping the Party’s interests paramount. Above all, it requires self-control and discipline," Congress interim president Sonia Gandhi in her opening remarks at CWC

- "I am, if you will allow me to say so, a full-time and hands on Congress President....," Sonia Gandhi during her opening remarks at Congress Working Committee meeting

- "The shocking incidents at Lakhimpur-Kheri recently betrays the mindset of BJP, how it perceives Kisan Andolan, how it has been dealing with this determined struggle by Kisans to protect their lives & livelihoods," Congress interim pres Sonia Gandhi in her opening remarks at CWC

- Economy continues to be a cause of great concern in spite of govt propaganda to make us believe that it's not. As we all know, only answer. Govt seems to have for economic recovery is selling off national assets: Congress interim president Sonia Gandhi at CWC 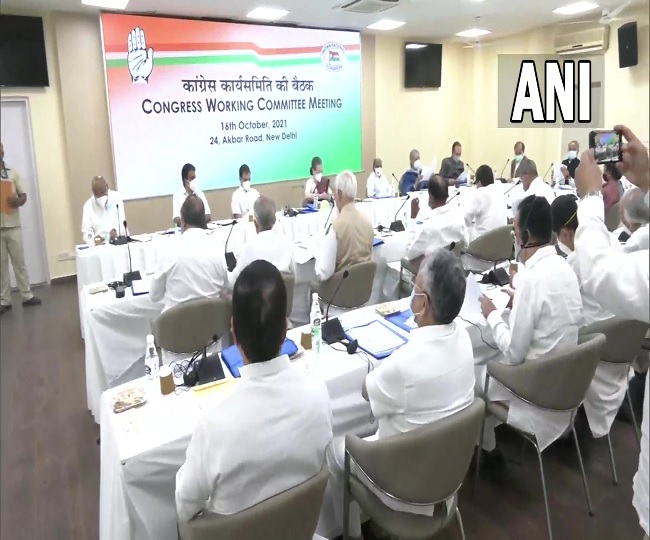 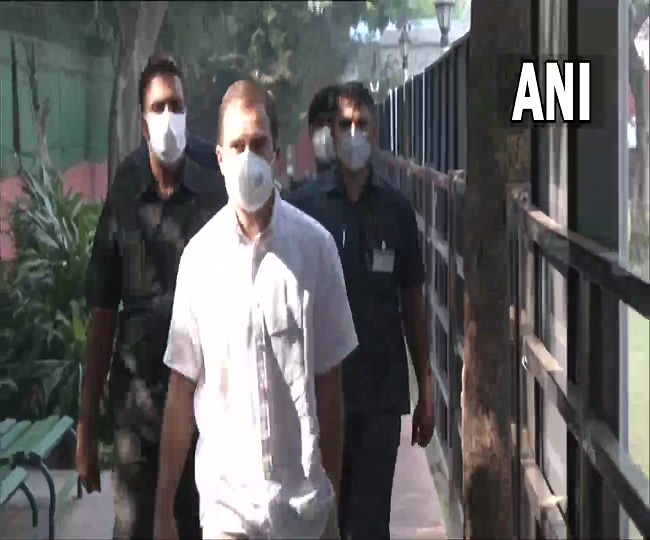 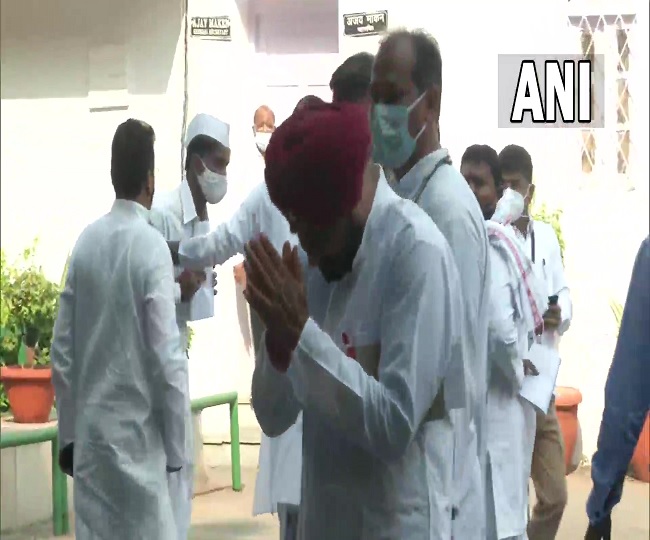 - During the meeting, the party leadership is also likely to decide on the schedule for electing the new Congress chief. The party in its CWC meeting held on January 22 had decided that the Congress would have an elected president by June 2021, but the same was deferred at the May 10 CWC meet in the wake of the COVID-19 situation.

- The meeting is likely to discuss key issues such as price rise, farmers' protests and the economic situation of the country. The CWC meeting will also discuss certain dissenting notes rising within the party over the spate of defections and the party's poor electoral fortunes.

- The latest meeting is being held in the wake of the Lakhimpur Kheri clash on October 3 in which eight people lost their lives, including four farmers who were allegedly run over by an SUV belonging to the convoy of Union Minister of State for Home Ajay Kumar Mishra.