Modi Cabinet 2.0: Apart from 15 Cabinet ministers, 28 Ministers of State, comprising new faces and those elevated, were sworn in a ceremony which was held in the Darbar Hall of the Rashtrapati Bhavan.

New Delhi | Jagran News Desk: In a major Union Cabinet makeover, Prime Minister Narendra Modi on Wednesday dropped 12 ministers including Health Minister Harsh Vardhan, IT and Law Minister Ravi Shankar Prasad and I&B Minister Prakash Javadekar and brought Sarbananda Sonowal, Narayan Rane and Jyotiraditya Scindia and 33 other new members to his government. Apart from 15 Cabinet ministers, 28 Ministers of State, comprising new faces and those elevated, were sworn in a ceremony which was held in the Darbar Hall of the Rashtrapati Bhavan.

After taking into account 12 resignations hours before the expansion has taken the total strength of the Council of Ministers to 78, including the Prime Minister. This is the first reshuffle in the Council of Ministers by Prime Minister Modi since he assumed charge for a second term in May 2019. An extensive and protracted review was carried out by Modi and the BJP top brass through a series of meetings with ministers ahead of Wednesday's big exercise. These meetings were also held in the wake of widespread criticism of the Central government's handling of the COVID crisis.

7:01 pm: Centre won't repeal farm laws. However, we are ready to discuss other options with farmers, says Narendra Singh Tomar.

6:56 pm: It was earlier said APMCs would be strengthened. Efforts will be made to provide more resources to the APMCs. Rs 1 lakh crores allocated under Atmanirbhar Bharat to Farmers Infrastructure Fund can be used by APMCs, says Narendra Singh Tomar.

6:53 pm: To increase Coconut farming, we're amending Coconut Board Act. The Coconut Board president will be a non-official person. He will be from the farmers' community, who knows and understand the work of field, says Union Agriculture Minister Narendra Singh Tomar.

Also Read
Parliament: Lok Sabha adjourned till Monday amid ruckus by opposition over..

6:10 pm: Delhi | Union Cabinet meeting is underway in a virtual format. The meeting will be followed by a meeting of the Council of Ministers, which will be chaired by PM Modi.

5:40 pm: PM Modi has taught me one thing - face any crisis. There was a sizeable reduction of COVID patients due to 'kadha'. Homeopathy, Modi's yoga have a big role in saving patients from COVID. Opposition members take medicines from me: Munjapara Mahendrabhai, MoS, Ministry of AYUSH.

5:00 pm: Piyush Goyal takes charge as the Minister of Commerce and Industry; Minister of Consumer Affairs, Food and Public Distribution; and Minister of Textiles "I would like to express my gratitude to PM Modi for giving me this responsibility," he says

4:20 pm: Anupriya Singh Patel takes charge as Minister of State in the Ministry of Commerce and Industry. "I am thankful to PM Modi for this opportunity. There should be maximum women participation in the Council of Ministers, happy to see a talented pool of women in the CoM," she says

4:00 pm: Delhi: BJP leader Meenakshi Lekhi takes charge as Minister of State in Ministry of External Affairs "I am really thankful to PM, HM & party president JP Nadda for showing faith in my ability, that I can handle this portfolio," says Meenakshi Lekhi

2:20 pm: The law of the land should be abided by everyone: Newley appointed Electronics and Information Technology minister, Ashwini Vaishnaw, on the issue of Twitter

1:55 pm: All priorities are fixed. A lot of tourists come into our country. After studying it thoroughly, we can find what more can we do. We are doing much in this field. This field is constantly growing: Ajay Bhatt, MoS, Ministry of Tourism

1:35 pm: Ajay Bhatt takes charge as the MoS in the Ministry of Defence.

1:10 pm: It can definitely be back. Govt has talked to them. Govt is ready to talk...We have to tell the nation that the Govt stands with farmers: Shobha Karandlaje, MoS in the Ministry of Agriculture and Farmers Welfare on talks with farmers

1:00 pm: I have been given the responsibility to work for farmers. I am a farmer's daughter, so I know their pain. I will work for the welfare of farmers & see to it that they get benefitted from the govt: Shobha Karandlaje, MoS in the Ministry of Agriculture and Farmers Welfare

11:58 am: Rajeev Chandrasekhar takes charge as the MoS in the Ministry of Electronics and Information Technology

11:50 am: Delhi: Kiren Rijiju takes charge as the Minister of Law and Justice

11:40 am: I am shifting to Law and Justice but the efforts will continue. Time at the sports department was memorable. The team was good. PM's vision of making India a sporting vision will be fulfilled: Kiren Rijiju, new Minister of Law and Justice

11:35 am: Dr. Bharati Pravin Pawar takes charge as the Minister of State in the Ministry of Health and Family Welfare

11:25 am: Ministry hum sambhale nahi hain, ministry to sambhli hui hai. Today is my first day here, it's a joyous moment for me. I work with an open mind. I don't know anything yet, I'll examine everything, understand them & then speak on it: Ramchandra Prasad Singh, Minister of Steel

11:15 am: Delhi: Mansukh Mandaviya takes charge as the Minister of Health and Family Welfare 11:00 am: Delhi: Ashwini Vaishnaw takes charge as the Minister of Electronics and Information Technology. He took charge as the Railway Minister earlier this morning. 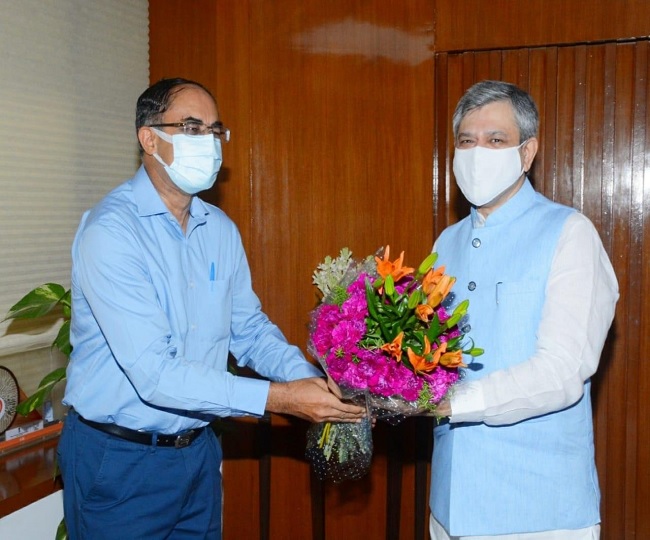 10:40 am: On behalf of all friends, I express my gratitude to the PM, HM, party chief & entire team that they prioritised meritocracy & hard work and gave positions to everyone. India has been brought not only on the maps but also in the ministries. Women have been given big responsibilities. People used to speak of women empowerment but PM made it possible that the country be led by empowered women. provided recognition & given responsibility, this is praiseworthy: Meenakshi Lekhi, MoS MEA & MoS (Culture) 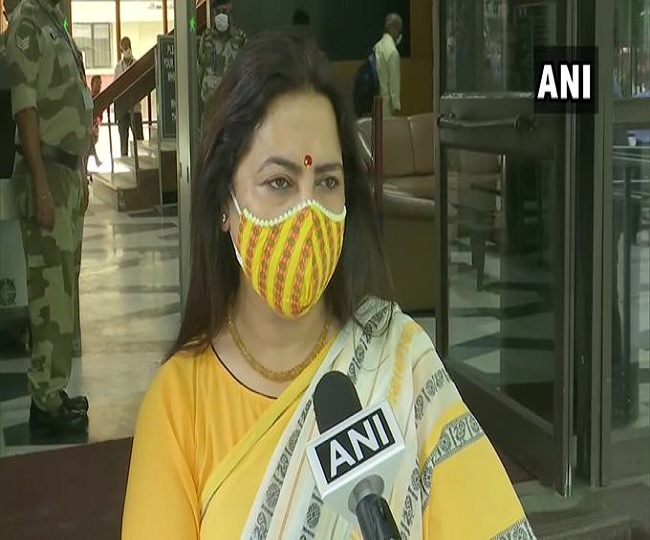 10:20 am: Ashwini Vaishnaw takes charge as the new Minister of Railways. "Railway is a major part of PM Modi's vision. His vision for railways is to transform the lives of the people, that everyone - common man, farmers, the poor - gets the benefit of railway. I will work for that vision", he said.

10:10 am: Watch | Anurag Thakur takes charge as Minister of Information and Broadcasting. "PM Modi has done terrific work in last 7 yrs to take India forward. The work done by people before me in I&B Ministry & responsibility given to me by the PM, I will try to meet those expectations," he said.