The executive is a key deliberative body of the party which meets to discuss key issues facing the government and shapes the organisation's agenda.

New Delhi | Jagran Politics Desk: The Bharatiya Janata Party (BJP) on Thursday released the 80-member National Executive of the party with the names of its top brass, ranging from Prime Minister Narendra Modi to many Union ministers, several state leaders and veterans like L K Advani and Murli Manohar Joshi figuring on the list.

Besides 80 regular members, the executive will also have 50 special invitees and 179 permanent invitees. The executive is a key deliberative body of the party which meets to discuss key issues facing the government and shapes the organisation's agenda. The disruption caused by the COVID-19 pandemic has prevented its meeting for a long time. 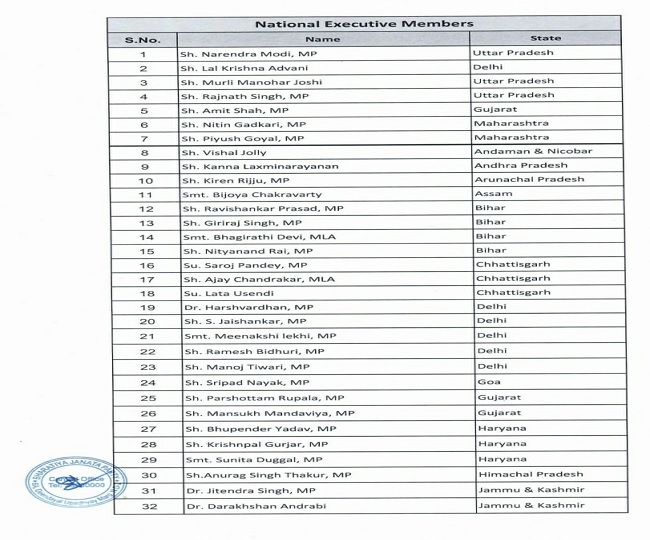 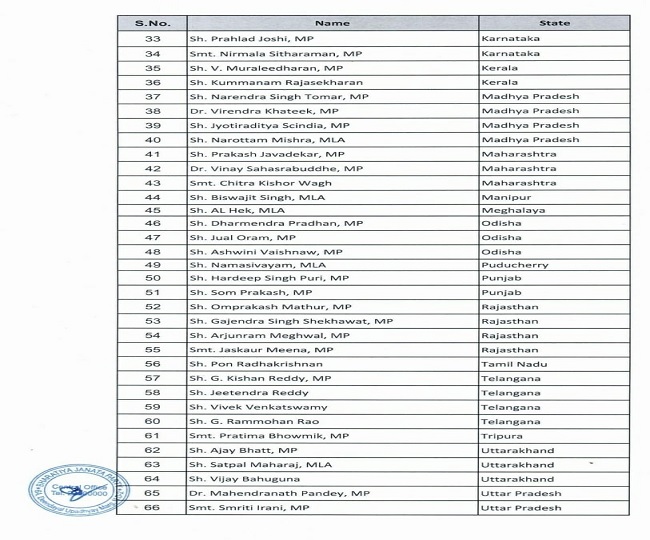 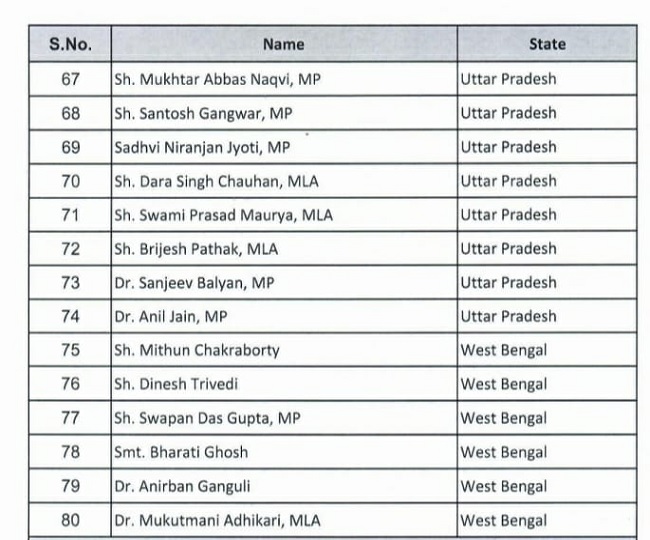 Meanwhile, BJP MP Varun Gandhi, who has been speaking in support of farmers during their ongoing stir against the three agri laws, his MP mother Maneka Gandhi and former Union minister Birender Singh, who has also been sympathetic to the farmers' cause, have been dropped as executive members.

The removal of Varun Gandhi, apparently, came after he tweeted in support of the farmers' protest in various parts of the country. Varun Gandhi also tweeted a video today purportedly of the Lakhimpur Kheri incident and said the protesters cannot be silenced through murder asking for accountability for the farmers.

In the video shared by the Pilibhit MP, a speeding Mahindra Thar jeep is seen running over people. Two SUVs -- one black and another white -- was seen following the jeep while there is a commotion of people shouting and crying in the video.

Earlier last month, Varun Gandhi had shared a video of Kisan Mahapanchayat in UP's Muzaffarnagar and had appealed to the Centre to restart the negotiations with them to reach a common ground.

PLT IN SECOND = 0.002261569
Jagran English brings you all the latest and breaking news from India and around the world. Get live English news from India, World, Politics, Entertainment, Lifestyle, Business, Education, Sports, Technology, and much more. Follow english.jagran.com to stay updated with the latest English news.
Copyright © 2022 Jagran Prakashan Limited.