Patna | Jagran Politics Desk: The counting of votes for the fifth phase of panchayat elections will be held in Bihar on Tuesday. In this phase, the fate of nearly 93,000 candidates will be decided for posts in 58 blocks and 845 panchayats across 38 districts of the state. The voting for the fifth phase was conducted on Sunday and a voter turnout of 61 per cent was recorded.

Here are the LIVE Updates from Bihar Panchayat Election Results 2021:

- In Mehus Panchayat of Sheikhpura, Jairam Singh has defeated the current head Chittaranjan Kumar by 296 votes.

- Prakash Kumar Golu has won by votes from Shyampur Panchayat of Dumri Katsari block of Sheohar. He is now the new panchayat there.

- In Nalanda, the police had to restort to lathicharge to remove the crowd gathered outside a counting centers, reported Dainik Jagran.

- Bhim Jha wins the post of headman from Jamua Panchayat of Araria.

- In Motihari, Santosh has bagged the post of Panchayat head in Pakdidayal block. Meanwhile, Sunita Bharti becomes the Panchayat Samiti member in Barkagaon.

- According to a report by Dainik Jagran, people have started gathering outside counting centers in Bihar. 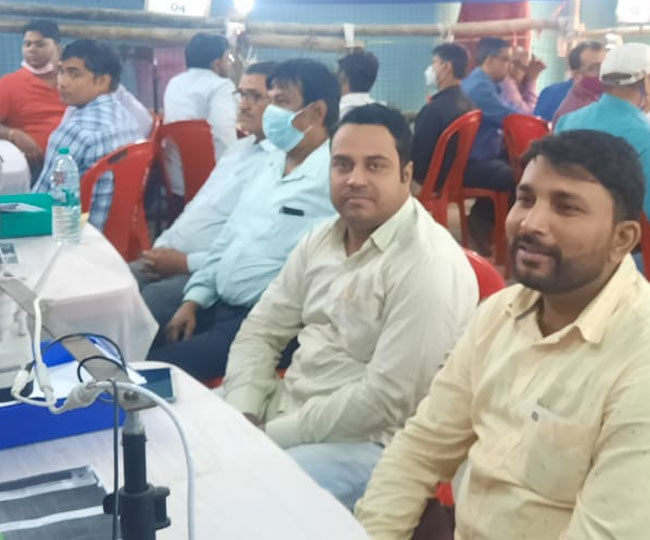 - In this phase of elections, fate of 92,972 candidates will be decided.

- Earlier on Sunday, the state election commission had said that a 61 per cent turnout was recorded during the fifth polling.

- The state election commission has said that the final results will be declared by Wednesday.

- The counting of votes for the fifth phase of panchayat elections in Bihar is underway. The counting began at 8.00 am.