Amit Shah in West Bengal: Amit Shah started his Bengal trip with a visit to Ramakrishna Mission Ashram on Saturday. He is also scheduled to meet a farmer family and have lunch with them.

New Delhi | Jagran News Desk: Amid the political turmoil in West Bengal where the Mamata Banerjee-led TMC government has been witnessing a number of resignations, Union Home Minister Amit Shah on Saturday reached the state for his two-day visit to push forward his agenda of a 200-seat victory in the Assembly election due next year. Amit Shah was welcomed by senior BJP leaders from Bengal, including Kailash Vijayvargiya and Dilip Ghosh.

16:15 pm: 'Didi will be left alone, she wants her nephew to become next CM': Amit Shah's dig at Mamata Banerjee

15:59 pm: I'm told that Suvendu said Trinamool Congress (TMC) did nothing for the last 10 years. If TMC had done nothing is last 10 years why you were silent? It's unfortunate. Today there will be a gala evening for TMC workers as we're free from virus now: Former WB Minister Madan Mitra

15:30 pm: Senior party members are leaving TMC. Didi accuses BJP of inducing party members to defect. But I want to ask her when she quit Congress to form TMC, was it not defection? This is just the start. She will be left alone by the election, says Amit Shah.

15:28 pm: When results of Vidhan Sabha election will be declared BJP will form the government with more than 200 seats, says Amit Shah.

15:21 pm: PM Modi has shown that he can fulfill promises. He has shown his might in UP. I have got a lot of love and respect from BJP as compared to what I have got in TMC. BJP leaders have done more for me than TMC has. I will fulfill all the wishes of bengal and its people. My association with Amit Shah dates back many years... But he never asked me to join his party. When I was down with Covid, no one from TMC enquired about me... Amit Shah called me twice. I am assuring all local leaders I am not here to dominate or dictate terms to you... I will work as an ordinary worker of the BJP. BJP will win the elections and TMC will no longer be in a position to represent the people of Bengal, says Suvendu Adhikari.

15:12 pm: I salute and pay tribute to the soil of undivided Midnapore and its legacy. It is the revered land of Khudiram Bose and Matongini Hazra, says Suvendu Adhikari.

15:10 pm: TMC will not reach the 3-figure mark in state elections. The TMC will target Suvendu Adhikari with all its means. The BJP will find a new battleground after Suvendu joins BJP because he has led many movements in the past, says Mukul Roy.

14:48 pm: Along with Shah, West Bengal political heavyweight Suvendu Adhikari is present at the stage.

Suvendu Adhikari, who recently resigned from TMC, present at the stage. pic.twitter.com/z12Y1Gwann

13:13 pm: BJP has given us some bit of reverence. No previous government has ever afforded us such regard. Not even Trinamool Congress," says Gopal Basu, a family member of Khudiram Bose

12:45 pm: It is my good fortune that I have been able to touch to my forehead, the soil of the home of the great freedom fighter Khudiram Bose. He happily went to the gallows to sacrifice himself for the Indian freedom movement, says Amit Shah.

12:30 pm: Amit Shah pays homage to Khudiram Bose with flowers at his (Bose's) native village in Pashchim Midnapore and meets with Bose's family members and felicitates them with honorary garbs. 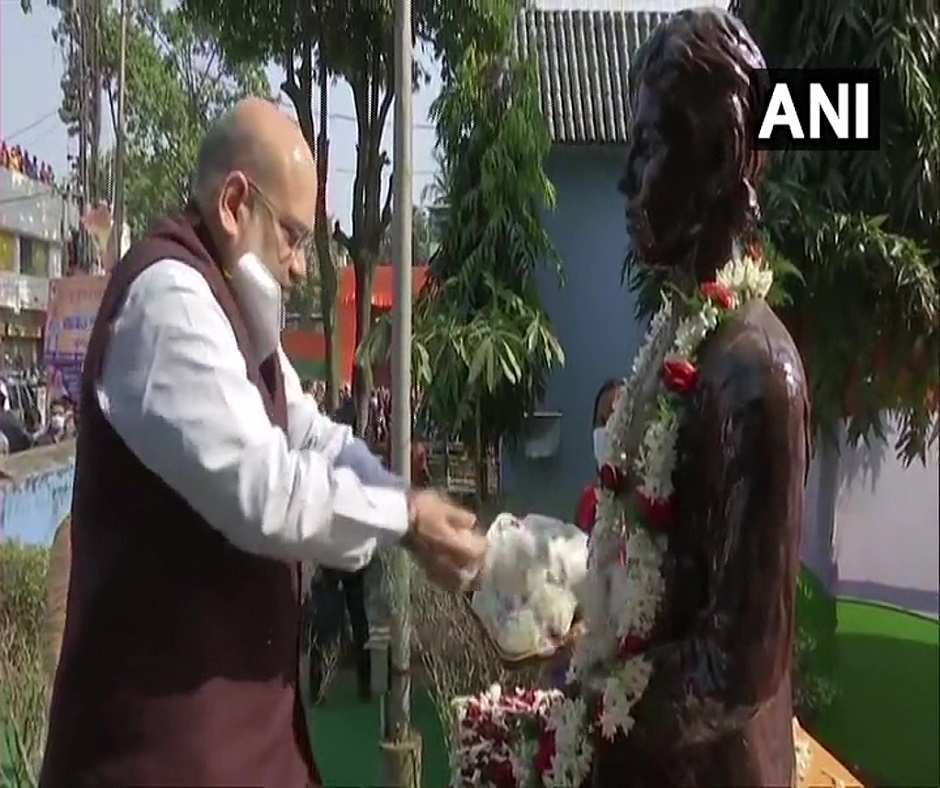 11:00 am: This the place where Vivekananda Ji was born. Vivekananda Ji connected modernity and spirituality. I pray that we are able to walk on the path he showed us, says Amit Shah.

10:36 am: Amit Shah arrives at Ramakrishna Ashram in Kolkata to pay tribute to Swami Vivekanand. 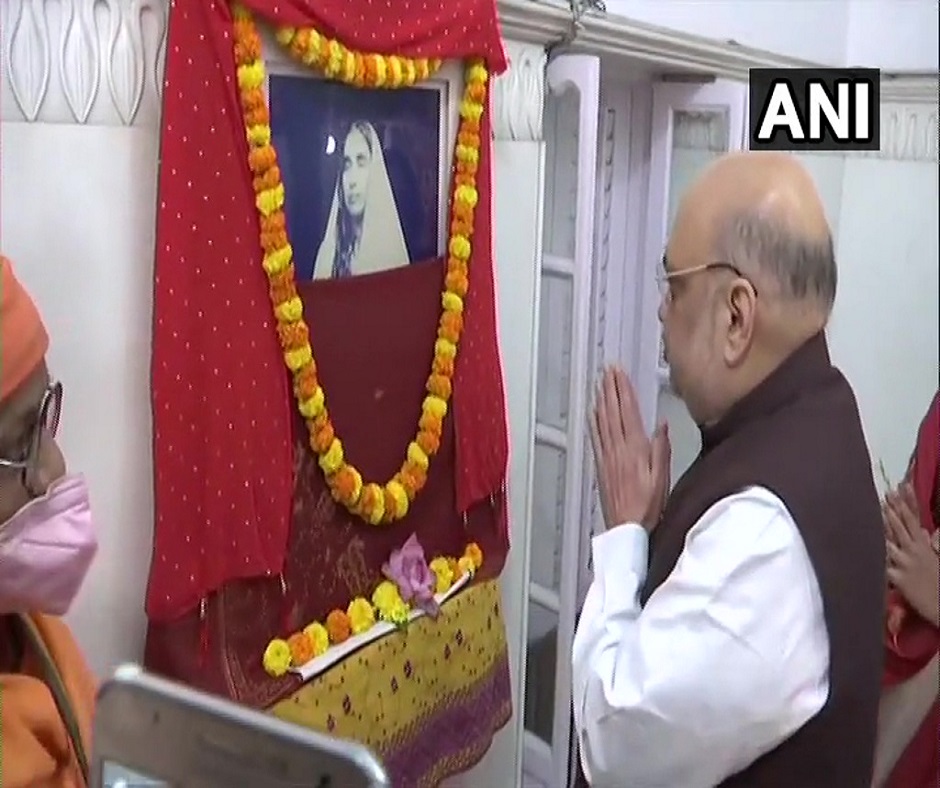 Amit Shah will start his Bengal trip with a visit to Ramakrishna Mission Ashram on Saturday. He is also scheduled to meet a farmer family and have lunch with them. Later in the day, Shah will address a public rally on Midnapore College ground in Paschim Medinipur district.

On the second day of his trip, Sunday, the Union Home Minister will visit Vishwa Bharti University at Shantiniketan in Birbhum district, where he will pay tribute to Rabindranath Tagore, followed by an interaction with media. The minister is also scheduled to visit Shyambati in Birbhum, where he will have lunch with the family of a Baul singer. Later he will hold a roadshow in Bolpur from hanuman mandir on Stadium Road to Bolpur Circle. Shah is expected to conclude the visit with a press conference at Mohor Kutir in Birbhum.

Shah's visit to the state came at a time when several MLAs from the ruling Trinamool Congress have resigned from the state Assembly. It is also expected that Shah will welcome one of rebel TMC MLAs Suvendu Adhikari in the BJP during his visit. Adhikari, who had earlier resigned as a minister, resigned from the Legislative Assembly and left the TMC on Wednesday. It is also expected he may bring more legislators to the BJP with him.

Meanwhile, West Bengal Legislative Assembly Speaker, Biman Banerjee, on Friday refused to accept the resignation of Suvendu Adhikari and called him for a meet on Monday. Till now, four TMC leaders have resigned from the party amid talks that the dissident leaders will join the BJP under Home Minister Amit Shah's presence. Only yesterday, two MLAs resigned from Trinamool, though Jitendra Tiwari, who had quit a day earlier, returned to his mother party.