Waiting For Azadi: The Story Of Sheroes

Founded in 2014, the owner connected many acid attack survivors through the cafe.

India is celebrating its 75th year of independence today and the tricolour is flying high with pride. Millions of Indians are waving the Tiranga with never-seen-before enthusiasm and gusto. This day is also a sobering reminder to the sacrifices made by our freedom fighters to free India from over 200 years of British rule. But while the freedom struggle ended in 1947, there are many unsung heroes who are still fighting the battle against the social boundaries that prevail in India even today.

Sheroes hangout Cafe under Chaanv Foundation, a non-profit organisation (NGO) is an initiative by Alok Dixit, who is not only fighting for the rights and justice of acid attack survivors but dreams of providing these Sheroes a life they can love. The cafe has given many people a reason to smile, hope, and live. 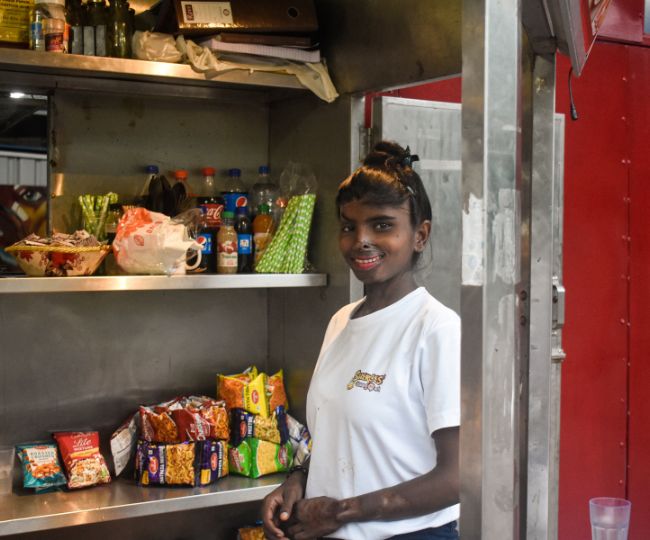 Founded in 2014, the owner connected many acid attack survivors through the cafe. Dixit started online campaigns and protests to get victims employment opportunities back in 2014. A total of 35 survivors work in all three outlets of the cafe in different cities including Agra, Noida, and Lucknow. While speaking about independence, he talks about the importance of financial independence. He explains that the cafe makes the women working there financially independent and also provides them freedom from covering their faces( Yahan parde se aazadi hai). "Most of the acid attack victims cover their faces. That's where they feel captivated. And that's what they need freedom from," he says. 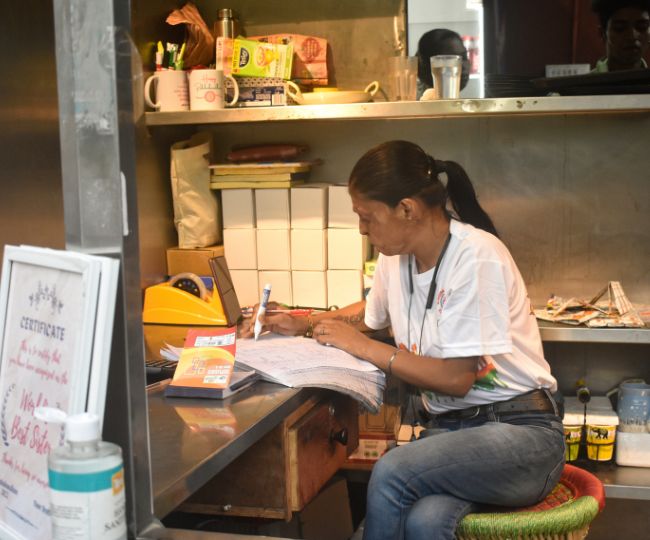 'Azadi' or independence is just a mere word to many. Ritu Saini, an acid attack survivor says she doesn't think the country is independent. She believes that the country is not independent because even after 75 years of independence, she doesn't feel like it's safe to go out. "What is the real meaning of independence?", Ritu who works at Sheroes Hangout Cafe, in Noida that provides employment to acid attack victims, questions. "We are still scared to step out of our homes, we still feel insecure. Not only girls, but the boys too. I don't believe I am independent," she adds.

The lives of acid attack survivors remains in grim as in most of the cases, even their family members turn their back. Gita Mahor, a native of Fatehpur was attacked by her husband. "My inlaws asked my husband to throw acid because I was giving birth to girl child only. It was 1:00 AM when someone threw acid on my face." Gita says who is currently working at Sheroes Hangout Cafe, Agra along with many others.

The cafe might have helped these victims in looking at the world differently, but there are many similar stories, that are still unheard. It doesn't matter if we celebrate 75 years of independence or 100 years, our country will still remain captivated. We might not be slaves to the Britishers anymore, but we are for sure still to get freedom from the sick mentality of the society. Listening to these stories won't serve justice to these Sheroes, but raising a voice for them will definitely.

The anthem of Azadi is not just to be sung, but to be felt by each citizen of the country. We can only call India a free space when each and every individual will feel this freedom in their breath and soul, till then Azadi remains a dream of many alike Ritu Saini and Gita Mahor.