Opinion: Analysing the Green Revolution’s outcry over farm laws, the bone of contention, and the possible negotiations

The current situation brings to question the locus standi of the protesting farmers and whether these protests are actually against the laws.

New Delhi | Abhinav Gupta: When the three contentious farm bills got President’s assent and turned into laws on September 27 last year, little did the government know that it will spark a rage of anger among the farmers, especially from parts of the northern India.

What started as small-scale protests, mostly in Punjab, way back in August 2020, escalated to few other north Indian states by October with farmers from Haryana, Madhya Pradesh and Rajasthan too joining in.

Delhi - the epicentre and victim of the many protests - once again turned into a fortress with its borders being flocked by tens of thousands of farmers, who have been protesting against the ‘liberalisation’ of agriculture, instead of celebrating their new economic freedom.

The ‘protests’ took an ugly turn on January 26 when the fortress was breached as countless number of farmers atop tractors broke barriers, clashed with police, overturned vehicles and entered the city-state from various points to lay siege to the iconic Red Fort and climb the flagpole on a day when the Constitution came into effect. 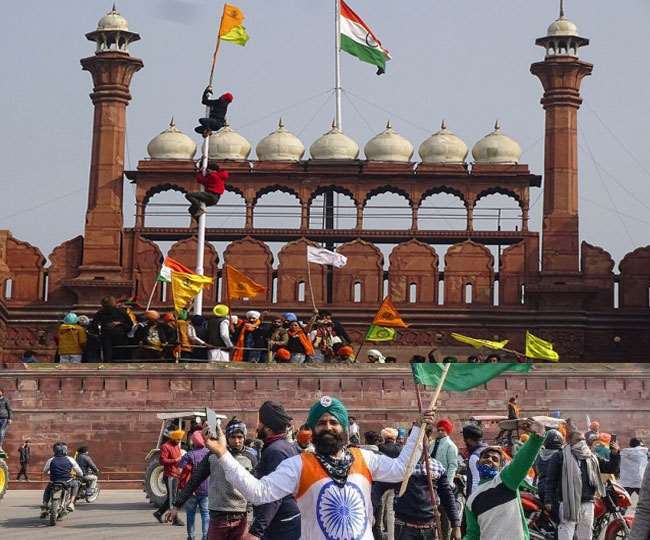 In what left the over two-month-long peaceful protest into tatters, the protesting farmers violated the conditions pre-agreed for their tractor parade and indulged in violence and vandalism, leaving hundreds of Delhi Police personnel injured.

Why are they protesting at first?

But the first and foremost question arising here is that why are they protesting the new laws which eventually give them more choices to sell their produce to whoever they want, and maybe at more lucrative deals than before.

The answer is that the farmers suspect the government’s intentions, especially the haste in which the three new laws were promulgated. They perceive the new system to be risky, which will dismantle the minimum support price system, leaving them at the "mercy" of big companies. 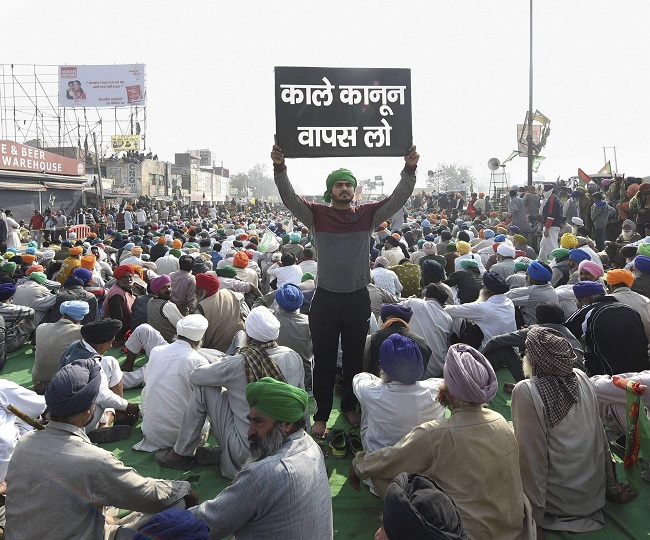 On the government’s end, it has been maintaining that the new laws will bring farmers better opportunities and usher in new technologies in agriculture.

All said and done, with both the sides refusing to budge, the Supreme Court stepped in, putting on hold the three contentious agri laws and forming a four-member committee to resolve the stalemate.

The government has offered to postpone the implementation of laws by 18 months but the protesters are adamant on their demand of repeal of the legislations and have even refused to accept the SC-appointed committee, saying that its members are pro-government who have been giving statements in favour of the new laws.

Are the protests really about farm laws?

The current situation brings to question the locus standi of the protesting farmers and whether these protests are actually against the laws. Let’s take a look at some of the facts from the ongoing agitation: 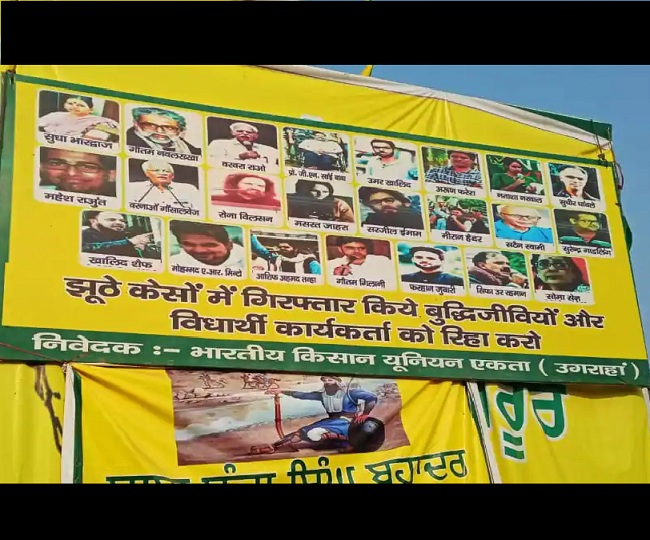 The statements given by police officials and the Centre’s submission in the Supreme Court point out that the agitation received funds from many radical organisations, such as Sikhs for India, that demand Khalistan and are banned in India. Pro-Pakistan and pro-Khalistan slogans being raised during the protests indicate that the agitation was controlled by people with a ‘hidden’ agenda.

A primer on the three farm laws

Even as the farmers are protesting against these three legislations, it seems that only one of them - Farmers' Produce Trade and Commerce (Promotion and Facilitation) Act - is the real bone of contention. Let us first understand the other two laws.

To understand simply, the law empowers the central government in terms of production, supply, distribution, trade, and commerce of certain commodities, and more importantly allowing the Centre to regulate the stock of an essential commodity that a person can hold, except under “extraordinary conditions”. These include war, famine, extraordinary price rise and natural calamity of grave nature.

With the stock limits applying on traders, as the amendment exempts exporters, processors and other “value chain participants” as long as they don’t keep with themselves quantities over and above the specified limits, it should not concern farmers at all. On the other hand, it will benefit farmers as the legislation will lead to unlimited buying and demand for their produce. 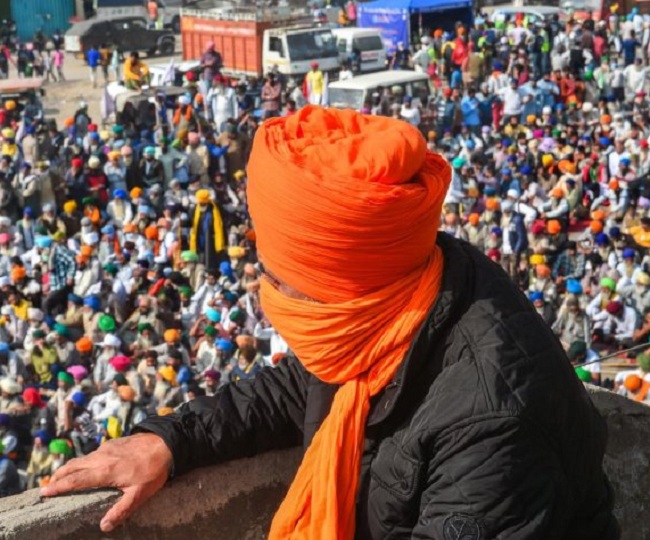 This legislation provides for a national framework on farming agreements that protects and empowers farmers to engage with agri-business firms, processors, wholesalers, exporters or large retailers for farm services. Again, there is little rationale for objecting to an Act that merely enables contract farming.

The FPTC Act is the real apple of discord which allows barrier-free trade in agriculture produce outside the notified APMC mandis. Such trades (including on electronic platforms) shall attract no market fee, cess or levy “under any State APMC Act or any other State law”.

Earlier, farmers were allowed to sell their agriculture produce at 6,900-odd APMC mandis spread across the nation. There were restrictions for farmers in selling agri-produce outside the mandis.

Clauses in sections 3 and 4 of the Act give the farmer freedom to indulge in intra-state or inter-state trade in areas outside the APMC mandis. Section 6 prohibits the collection of any market fee or cess under any state APMC Act or any other state law with respect to trade outside the APMC market. Section 14 gives the Act an overriding effect over the inconsistent provisions of the State APMC laws. Section 17 empowers the Centre to frame rules for carrying out the provisions of the law.

With the earlier regulations not allowing farmers to sell their produce outside the APMC markets, they were left with no choice but to seek help of middlemen. More produce was sold outside markets than in APMC mandis due to the poor market infrastructure. The net result was a system of interlocked transactions that robbed farmers of their choice to decide to whom and where to sell, subjecting them to exploitation by middlemen.

Farmers, on their part, fear that the FPTC Act will weaken the APMC mandis and would lead to inadequate demand for their produce in local markets. They have also contended that transporting the produce outside mandis will not be possible because of lack of resources. This is precisely why they sell their produce at lesser than MSP prices in local markets.

Farmers are also angry with the clauses in Section 8 of the law, according to which, any conflicts arising from the transactions will be dealt with exclusively by the Sub Division Magistrate (SDM) and District Collectorate within 30 days and not in the jurisdiction of civil courts.

Scope of resolution to the stalemate

If the protesting farmer union leaders sit on the negotiation table with the government with an intent to find an amicable solution, they should first agree to drop the demand of repealing all three farm laws, and instead focus on the provisions of the FPTC Act which they are concerned about.

In my opinion, they should also accept the Supreme Court’s suggestion that the government outs on hold the implementation of the three legislations and the farmers suspend their agitation.

Given that they suspect the members of the SC-appointed committee to be pro-government, farmers can demand setting up of a farmers’ commission, which may include representatives of farmers’ organisation, government and agricultural experts.

The farmers’ strategy of blocking roads for ingress and egress to and from Delhi is losing them public sympathy, as commuters are facing difficulties moving to and from the national capital. The farmers may continue their assembly near Delhi, but not block roads.

When the Supreme Court suggested putting the farm laws on hold last December, it also upheld the right of the farmers to protest in a “non-violent manner” without blocking roads. 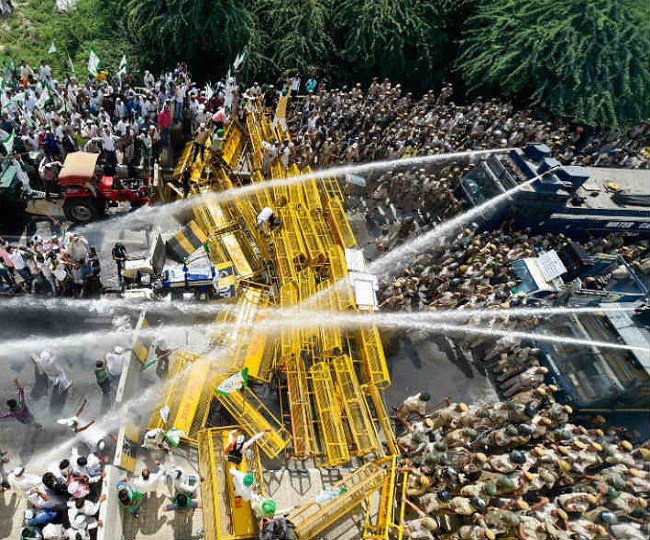 “The right to protest is part of a fundamental right and can as a matter of fact, be exercised subject to public order. There can certainly be no impediment in the exercise of such rights as long as it is non-violent and does not result in damage to the life and properties of other citizens,” it had said.

The violence during the tractor rally on Republic Day has added to the discord in the public. Blocking of roads and carrying out demonstrations across the city prompts authorities to put traffic restrictions, leading to severe traffic jams.

Amid all the outcry over the farm laws, it must be noted that this is not the first time when attempts have been made to bring changes to the archaic laws and structure, and attract private sector investment in agricultural marketing.

Since the opening up of the economy in early 1990s, there have been attempts to reform the existing laws including the APMC acts, since they are seen to compromise the farmers’ interest and tend to favour trader-middlemen. The entry of private players in agriculture processing industry has also increased the demand to allow them at the point of source.

As part of National Agricultural Policy in the year 2000, it is stated that private sector participation will be promoted through contract farming and land leasing arrangements would be allowed to ensure assured market for produce, capital inflow etc.

The Standing Committee on Agriculture (2018-19) observed that the APMC laws are not implemented in their true sense and need to be reformed urgently. The Committee noted that the APMC laws are highly restrictive in promotion of multiple channels of marketing (such as private markets, direct sale to businesses and retail consumers, and online transactions), and competition in the system.

In 2017, the Central Government released the model Agricultural Produce and Livestock Marketing (Promotion and Facilitation) Act, 2017 to provide states with a template to enact new legislation and bring comprehensive market reforms in the agriculture sector.

(Disclaimer: This article has been written by Abhinav Gupta, Chief Sub Editor, English Jagran. The views expressed are of the author and do not reflect the opinions or views of the organisation.)