Operation Blue Star Revisited: When India Was At War With Itself

In 1982, Jarnail Singh Bhindranwale and his followers occupied Akal Takht in the Golden Temple, Amritsar, and fortified it with the help of retired Major General Shabeg Singh.

New Delhi | Dr Sadhana Kala: “Catastrophic events obscure objectivity, divide people and [distort] facts ... Operation Blue Star and its aftermath were of this nature, making India go to war with itself. I was an eyewitness, and at times an actor, as this moment of history unfolded.” - Ramesh Inder Singh, in ‘Turmoil In Punjab: Before and After Blue Star,’ a book to be released on 20 June 2022.

Ramesh Inder Singh, IAS, was Deputy Commissioner of Amritsar during Blue Star. He was awarded Padma Shree for his work post Blue Star. Later, he was Chief Secretary of Punjab, and then its Chief Information Commissioner. So, he has first-hand knowledge of people, politics, and problems of Punjab.

Till late 19th century, Sikh and Hindu saw little difference in their religious beliefs. Hindu families raised a few of their children as Keshdhari Sikhs. The religious strife began with the conversion of two prominent Sikhs “Maharaja Duleep Singh, son of the famed Maharaja Ranjit Singh, and Raja Harnam Singh of Kapurthala to Christianity in 1853 and 1860.”

To counter conversions, Hindu formed reformist orders such as Arya Samaj (1875) and Sikhs formed Singh Sabha (1872). And Arya and Sikh held Shuddhi Sabha to reconvert people from Islam or Christianity. This was the ‘Arya–Sikh Bhai’ phase. But in 1898, Kahn Singh Nabha published a book, ‘Hum Hindu Nahin,’ which said that “Sikhism is a distinct religion from Hinduism and other religions.” The ‘Arya–Sikh Bhai’ phase was over. 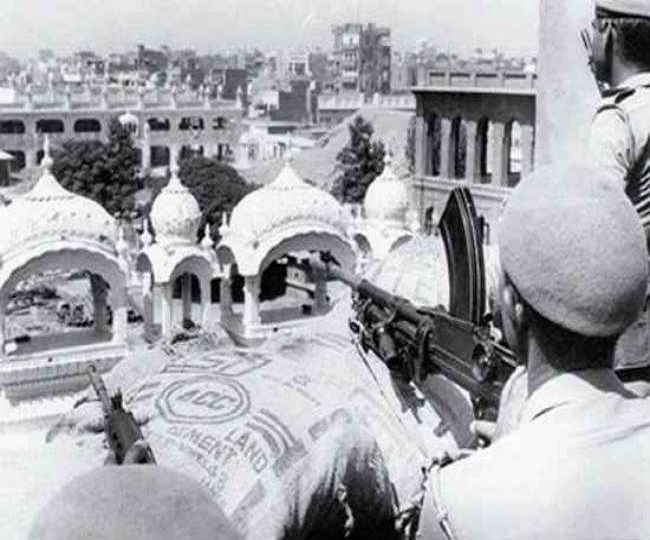 Akali Dal (SAD) consistently and strongly opposed the creation of Pakistan. Akali leader Master Tara Singh said, “Sikhs [will] not allow Pakistan to emerge.” But “to preserve Sikh identity and to secure a piece in the political pie,” SAD demanded a Punjabi-speaking Sikh majority state. And on 1 November 1966, Punjab was divided into Punjab, Haryana, and Himachal Pradesh.

In 1972, Congress formed the government in Punjab with Zail Singh as chief minister. After this electoral defeat, Akali passed an ambiguous Anandpur Sahib Resolution in 1973.demanding more autonomy to Punjab.

Congress decided to create an alternative Sikh leadership to compete with the Akali. Zail Singh asked Jarnail Singh Bhindranwale to help Congress break the hold of SAD on rank-and-file Sikhs. Bhindranwale was the charismatic head of Damdami taksal, an influential 300-year-old Sikh seminary set up by Guru Gobind Singh. Bhindranwale obliged. But he soon developed a large following and realised that he could play a role in Sikh history.

Bhindranwale and his militant followers began to always carry firearms. In 1982, they occupied Akal Takht in the Golden Temple, Amritsar, and fortified it with the help of retired Major General Shabeg Singh. Bhindranwale launched a Dharam Yudh Morcha to make Punjab a semi-autonomous homeland for Sikhs.

About the same time the demand for Khalistan a sovereign Sikh nation-state peaked. The demand, first made in 1940, gained momentum in 1970-80s because of financial and political support of the Sikh diaspora.

Militants were being trained in the use of firearms at Golden Temple and at gurudwaras in Punjab and in Jammu and Kashmir. Congress accused that Bhindranwale supported Khalistan movement.

Indira Gandhi decided to dislodge Bhindranwale and his militants from the Golden temple. He was asked to move out but refused. Indira Gandhi then ordered the Army to flush them out. At 7 pm on 5 June, the Army stormed the Golden Temple. The Army had to use artillery and tanks because the militants had rocket propelled armour piercing grenades and machine guns. Fighting was over on 6 June. Bhindranwale and Major General Shabeg Singh were dead. Estimates of total causalities, Army, militants, and civilians mainly pilgrims, vary from a few hundred to 18,000 to 20,000. 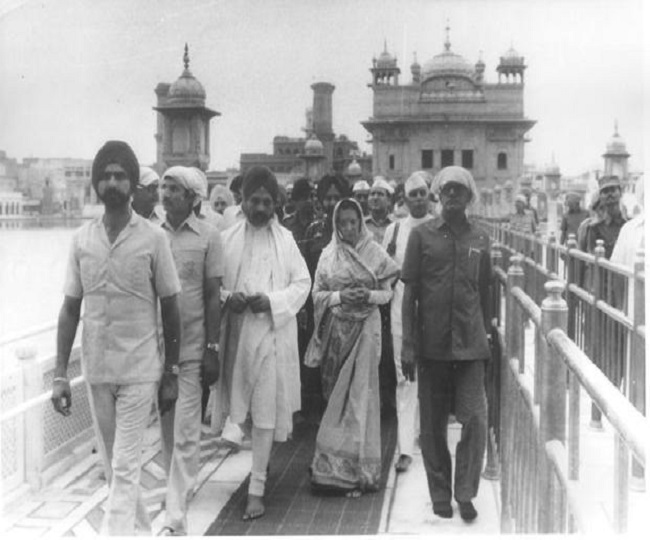 Six months after Bluestar, Indira Gandhi was assassinated by her Sikh security guards. This ignited anti-Sikh riots in Delhi, killing 3,000 Sikhs, and in forty other cities killing 5,000 to 12,000 Sikhs. Two years later, General A S Vaidya, the Army chief at the time of Bluestar and its main organiser, was assassinated in Pune by two Sikh militants.

After Blue Star, operation Wood Rose was conducted from June to September 1984 to “prevent widespread public protest." SAD leaders were arrested, All India Sikh Students Federation was banned, and thousands of Sikhs in rural areas were detained, interrogated, many were tortured, and thousands disappeared.

In January 1986, about 200 Sikh militants entrenched in the Golden temple. On 30 April 1986, NSG and BSF Jawans stormed the temple and captured them. Causalities were one killed and one injured. This was operation Black Thunder 1.

In operation Black Thunder 2, police laid siege to Golden temple from 09 May to 18 May 1986 forcing two hundred militants in the temple to surrender. Forty-one militants were killed.

Insurgency and movement for Khalistan petered out in mid-1990 for several reasons like faction in-fights and public disillusionment with the movement, and heavy police crackdown.

Punjab is like a dormant volcano. Khalistan has backing of expat Sikhs from Canada, Italy, and the UK, and from ISI of Pakistan. A few militant groups were arrested by police in Punjab in 2018.

Ramesh Inder’s book is timely. It tells us about the insurgency and separatist movement in Punjab. We must learn from that history. Because as George Santayana said, ‘Those who do not learn from history are doomed to repeat it.’