Only those with a high IQ can recognise the woman's love face in this plain sight painting.

ONE OF the best things now circulating on the internet is optical illusions, which can be solved by people of any age, but more and more people in both the younger and older age groups are solving them in their spare time, which is something that can never get old. One should start with solving optical illusions if they really want to sharpen their focus and mental powers, and it also encourages people, after solving one illusion, to solve one more. Illusions can be of any kind, be it a picture puzzle, painting, or solving anything. 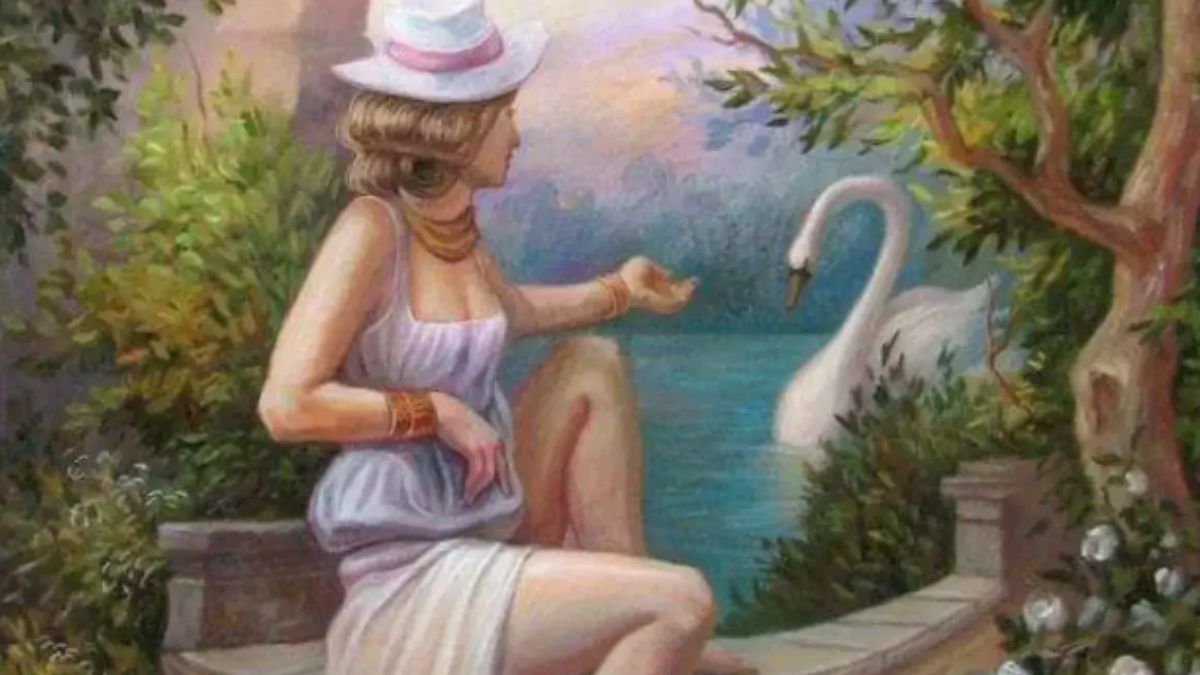 It's practically impossible to complete this mind-boggling puzzle in the allotted time. It was made by Ukrainian artist Oleg Shupliak and widely shared on social media. On first glance, the illusion appears to show a woman in a purple dress reaching out to a swan while she was sitting on a ledge beneath a stone arch. However, if you go by the picture's obvious metaphor, the lady in the hat should be unmarried and looking for a partner.

These kinds of puzzles aren't fully trustworthy, but they can reveal a few things about your mental alertness and problem-solving abilities, and no one can get bored of solving these illusions.

Now that you've examined the illusion in great detail, all that's left to do is step back, zoom out, and take in the entire scene. You'll suddenly realise that a man's face should begin to take shape. Wait; the arch is supposed to be the man's head, which descends to form the nose through the woman's elbow if you're still having trouble. His recognisably red lips may be found further down, and so forth. 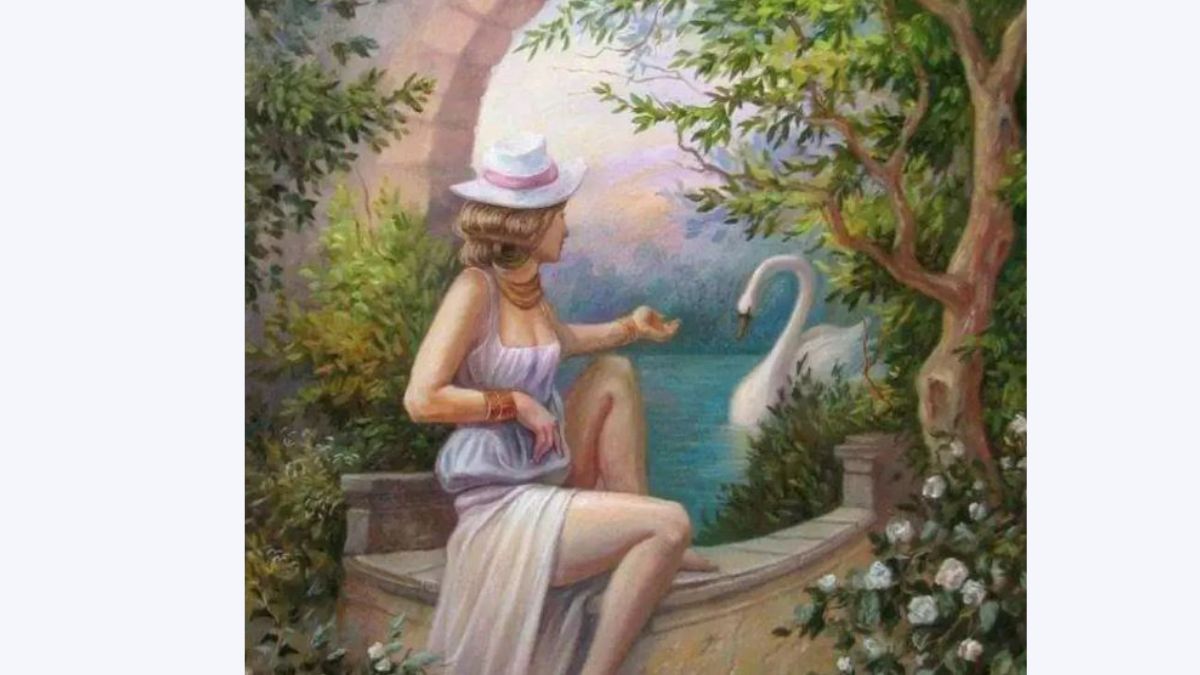