Jagran Trending: Why less migratory birds are flying to India? Know from expert

New Delhi | Ramesh Mishra: Sometimes we come across some birds which might not look very familiar to us. Those birds can be migratory birds, who move from one habitat to another during different times of the year due to various factors like food, sunlight, temperature, climate etc. Movement between habitats can sometimes exceed thousands of miles/kilometres. During this time, migratory birds navigate using celestial cues from the sun and stars, the Earth's magnetic field and mental maps. But there has been a rapid decrease in the migratory birds as there has been a tremendous change in the weather due to climate change. According to the environmentalists, these migratory birds coming from cold countries are already getting their desired climate from the Himalayas, hence they are coming here less. World Migratory Bird Day is observed every year to raise awareness about the need for the conservation of migratory birds and their habitats.

Reasons for Decline in Migratory birds

According to environmentalist Vijay Kumar Baghel, popularly known as Greenman, human beings are the main factor in climate change. Humans make modifications that endanger the natural environment and destroy the habitats of these species of migratory birds. Migratory birds need to travel to find suitable breeding places. There are 11,000 species of birds around the world, and 1800 bird species are the migrant birds who need to travel. He also mentioned that climate change causes a rise in temperature and further shifts in the season. This is the reason why it has forced many species of birds to change their migratory phenology. This has forced them to change their breeding areas, other species to change their winter timing, and others to shorten and change the duration of their migration. Ultimately, this change threatens the existence of many migratory species. Although the negative effects of changes in the behaviour of migratory birds are not entirely clear, the consequences are clear. He further added that climate change affects the entire biological range of birds, as birds of prey are also forced to change their hunting patterns.

Mr Vijay Kumar Baghel added that different types of organisms are found in different types of environments, and all living beings are affected by the environment around them. These organisms form a specific system with their environment, which is called an ecosystem. This relationship between organisms and the environment is called ecology. This magnetic force of the ecosystem attracts migratory birds. Mr Vijay Kumar Baghel said that to understand this, let us imagine a pond where fishes, frogs, algae, aquatic flowers and many other aquatic creatures live. All these are not only dependent on each other but are also interrelated with abiotic components like water, air, and land. This complete system of community, in which the mutual relationship of abiotic components and biotic components, constitutes the ecosystem.

He said that the important birds migrating to India include Amur Falcons, Bar-headed Ghee, Black-necked Crane, Sea Turtle, Dugong, Humpback Whale, etc. The Indian sub-continent is also part of the major bird flyway network, that is, the Central Asian Flyway (CAF). It covers the areas between the Arctic and Indian Oceans, and it also covers at least 279 populations of 182 migratory waterbird species, including 29 globally threatened species. 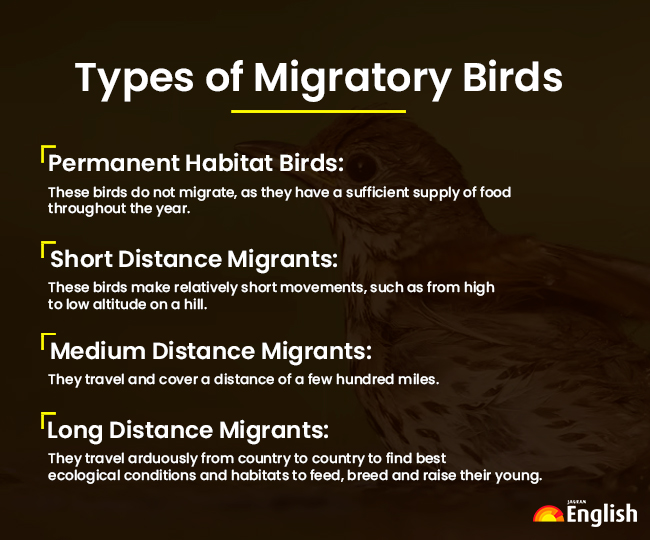 A study by BirdLife International concluded that birds around the world are in danger. There are about 11,000 species of birds. The study found that 4 out of every 10 species are declining. This is true for all types of birds living in all types of habitats.

Some birds like the red-cocked woodpecker and the California condor are critically endangered, and only a few members of these species live in the wild. The number of species living in wetlands is increasing. However, birds in other habitats are struggling. From the banks of rivers, from forests to tundra, the population of birds is decreasing. The greatest change is occurring in the grassland species and this list includes sparrows, blackbirds and larks. The major reason for this is that 90 per cent of their residence is being used for agricultural work. 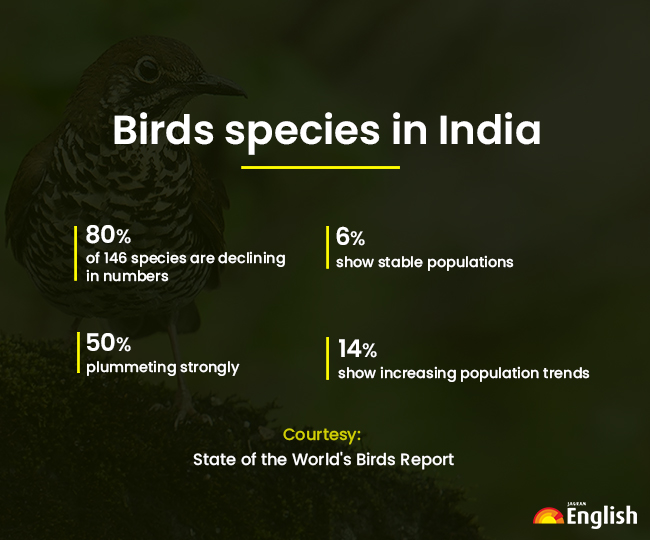 (Disclaimer: The above story has been originally written by Ramesh Mishra, Deputy News Editor, Dainik Jagran. It was translated to English by Simran Srivastav, Sub-Editor, Jagran English.)