Pregnancy can be a life-changing experience for a woman. But with this experience, a woman also faces many difficulties. Here, get the expert insight on how to prevent miscarriage and how to take care of health after delivery.

New Delhi | Simran Srivastav: Pregnancy and embracing motherhood can be a beautiful feeling for a woman, but it comes along with many challenges and problems of its own. One of the hardest things a mother has to face during pregnancy is miscarriage. According to World Health Organisation (WHO), there is a 10 to 15 per cent of miscarriage rate in pregnant women. Miscarriages are very common, and one in five women who conceive have a miscarriage for no apparent reason. The loss of a baby before the 20th week of pregnancy is a miscarriage and the loss of a baby after the 20th week of pregnancy is called a stillbirth. Miscarriage can take a toll on a patient's physical health as well as mental and emotional health. In our society, there are a lot of misconceptions and taboos around talking about women's health during their pregnancy.

Pregnancy brings changes in a woman physically and mentally. The health issues of a woman does not end after giving birth, but the struggle continues as the mother has gone through many complications during pregnancy and the delivery. After giving birth, the focus often gets shifted to the well being of the child, but the health of the mother is important as well. A mother needs time to heal from the delivery and needs time to adjust to her duties as a mother. She can face many complications if her health after delivery gets neglected.

Also Read
World Hypertension Day 2022: Add these 5 fruits in your daily diet to..

What is the reason behind Miscarriage?

Dr Tripti Raheja, a senior consultant in obstetrics and gynaecology in Fortis Hospital, Shalimar Bagh, told Jagran English that the most common cause of miscarriage is thought to be a problem with the baby’s chromosomes. "If the baby doesn’t have the right number of chromosomes, it will not develop properly. Chances of baby having an abnormal number of chromosomes increase with increasing age of mother, hence chance of miscarriage increase to up to 50 per cent if the age of the mother is more than 40 years", Dr Tripti Raheja said.

She further added that the chances of miscarriage also increase by smoking, excessive alcohol intake during pregnancy, uncontrolled medical illnesses in the mother like poorly controlled diabetes or thyroid problems, and diseases that increase the chances of clots in blood vessels in the placenta.

What are the symptoms of miscarriage?

Dr Tripti Raheja informed that the most common symptoms of miscarriage are bleeding or pain in early pregnancy. However, there may be no symptoms, and miscarriages are diagnosed on routine ultrasound.

After the doctor confirms the miscarriage, the ultrasound shows that some part or whole pregnancy is inside the uterus. Therefore, medicines or surgical procedures are required to empty the uterus to prevent infections and future complications from a dead uterus.

When to try again for pregnancy after miscarriage?

A patient can start her routine and physical activities within a week or two after the miscarriage. However, emotional recovery may take a few months. Talking about trying for pregnancy after miscarriage, Dr Tripti Raheja informs that a patient can start trying for the next pregnancy in 2-3 months once she is physically and emotionally recovered. She further added that most miscarriages occur as a one-off event and there’s a good chance of having a successful pregnancy in future.

How to prevent miscarriage?

* Maintain a healthy lifestyle during pregnancy

* Avoid too much caffeine 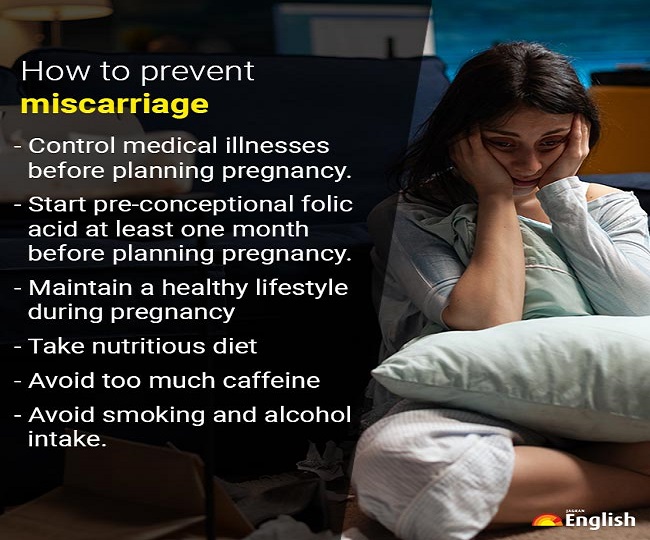 How to take care of your health after delivery?

Taking care of yourself after the delivery is also as important as looking after your health during pregnancy. Giving birth affects a woman not only physically but also emotionally and mentally. While explaining how a mother can take care of herself after delivery, Dr Tripti Raheja advised the following things:

* Take enough rest after delivery and try to sleep when the baby sleeps.

* Limit the number of visitors so that the woman can concentrate on the care of herself and her baby. This will minimise the chances of infection also.

* Eat healthy meals because it’s a good idea to eat plenty of green vegetables, and fruits in the weeks after delivery.

* Take care of stitches as advised by the doctor. 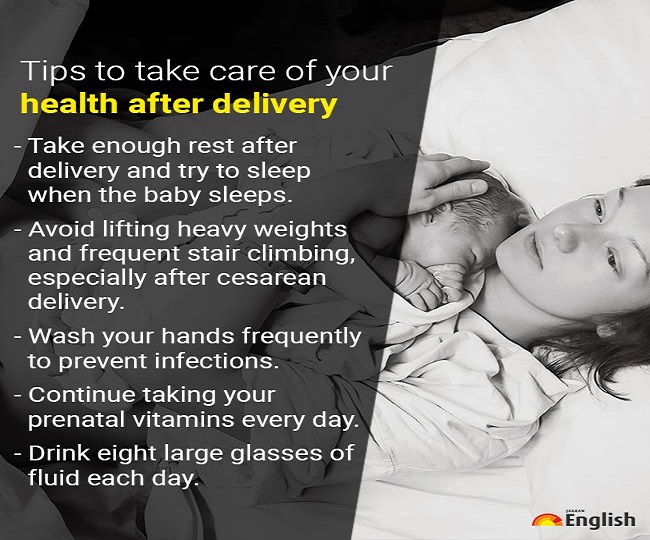 What are the common complications in the Postpartum Period?

Apart from pregnancy and giving birth, a woman can face many difficulties during the postpartum period. Dr Tripti Raheja listed the following complications while talking to Jagran English about postpartum healthcare.

* postpartum infections, most often in the urinary tract and uterus

* breast and breastfeeding problems, such as swollen breasts, mastitis or digestive and colorectal problems such as incontinence (both urinary and faecal), constipation and haemorrhoids

* perineal pain (the perineum is the area of skin and muscle between the. vaginal opening and the anus)

* pain at the incision site if a C-section was performed 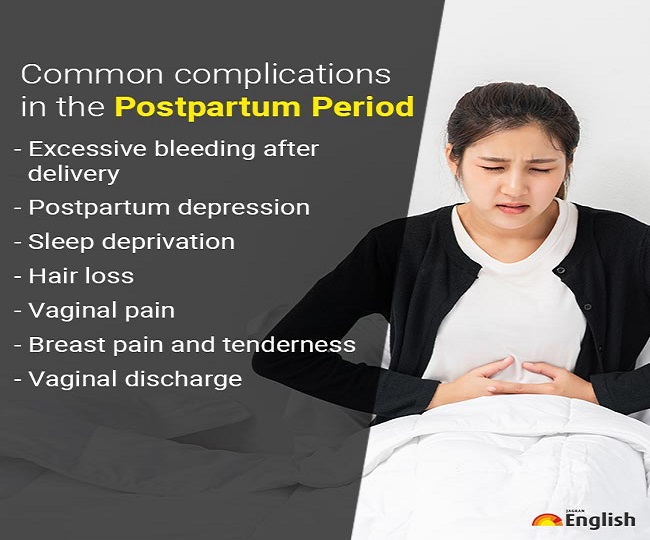 What can be the mental effects on women after delivery?

Giving birth to a child brings many major changes in every woman's life. These changes are not just physical, but also mental and emotional. From the shift in your sleeping schedule to adjusting to the new responsibilities of taking care of a newborn, a mother goes through a lot. This often leads to Postpartum Depression. According to Dr Tripti Raheja, postpartum depression is a common condition that impacts many new birth parents. It’s a complex mix of physical, emotional and behavioural changes that can happen after childbirth, causing you to feel depressed.

Here are the signs of postpartum depression:

* A depressed mood for most of the day.

* Difficulty doing typical tasks around the house for your self-care or your baby.

* Thoughts of harming yourself or your baby. This includes thoughts of suicide.

PLT IN SECOND = 0.002816882
Jagran English brings you all the latest and breaking news from India and around the world. Get live English news from India, World, Politics, Entertainment, Lifestyle, Business, Education, Sports, Technology, and much more. Follow english.jagran.com to stay updated with the latest English news.
Copyright © 2022 Jagran Prakashan Limited.