In this article, we will let you know about the architectural wonders of this city and some of the most famous destinations situated here.

New Delhi | Pratyush Ranjan: Along with the Arabian Desert, Dubai is a city full of ambitions with large malls, skyscrapers and the world's largest artificial Iceland. The capital of the Emirates of Dubai is undoubtedly one of the most unique cities in the world and certainly, everyone dreams of visiting this business hub of Western Asia. In this article, we will let you know about the architectural wonders of this city and some of the most famous destinations situated here.

The Dubai Frame is the largest picture frame in the world, located at Jabil Park in Dubai. On one side of this huge frame, you can see the old Dubai, depicting its past and cultural history of the city, while on the other side, you can see the luxurious modern New Dubai. This architectural marvel has two huge pillars of 150 meters in height, which are joined by a 93-meter long sky deck (bridge) from the top. The frame is in Jabil Park, which is one of the oldest parks in Dubai. A panorama view of both old and new cities can be seen from here. Also, it is near Dubai Creek, so from here one can enjoy the breathtaking view of Arabian Bay with an aerial view of the hunting grounds. 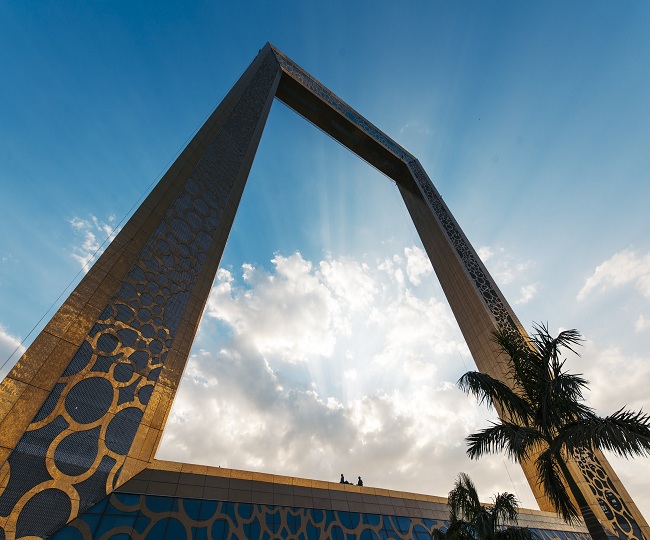 Visitors can walk on the 93-meter long glass bridge and enjoy the city views on either side of the frame. The golden design of honeycombs on the outer surface of this frame has a different aura in the night, which can fascinate anyone. This frame is designed by architect Fernando Donis. Inspired by its logo, a honeycomb-like shape has been inscribed on the outer surface of the frame after Dubai Expo 2020 was organised here.

Walking on a glass surface on the bridge of the frame provides a different thrilling experience. The Dubai Frame is a museum showing the past and present of the city. The Dubai Frame shows how a city, which was known for its trade through the sea routes and fish farming, made itself unique by developing itself to new heights through its rich oil and mineral resources. The Dubai Frame, which cost 16 million AED (Arab Emirates Dirhams) i.e. Rs 3,16,27,42,049, is made up of 2000 tonnes of steel, 2900 meters of laminated glass and 15000 sqm of gold cladding.

The Burj Khalifa (also called the Khalifah) is a skyscraper located in Dubai. It is the tallest building in the world according to the three criteria by which such buildings are judged (see Researcher's Note: Heights of Buildings). The Burj Khalifa ("Khalifa Tower") was known as Burj Dubai during construction.

When ready, it was renamed Burj Khalifa in honour of UAE President Sheikh Khalifa bin Zayed Al Nahyan. The building was formally opened on 4 January 2010, but the interior of the building was not completed at that time. The building was then equipped with a range of commercial, residential and hospitality ventures. The height of this building was kept a secret during construction. Now the building has 162 floors and its height is 2,717 feet (828 meters). It was designed by Chicago-based architectural firm Skidmore, Owings & Merrill. Adrian Smith was the architect and William F. Baker served as the structural engineer. 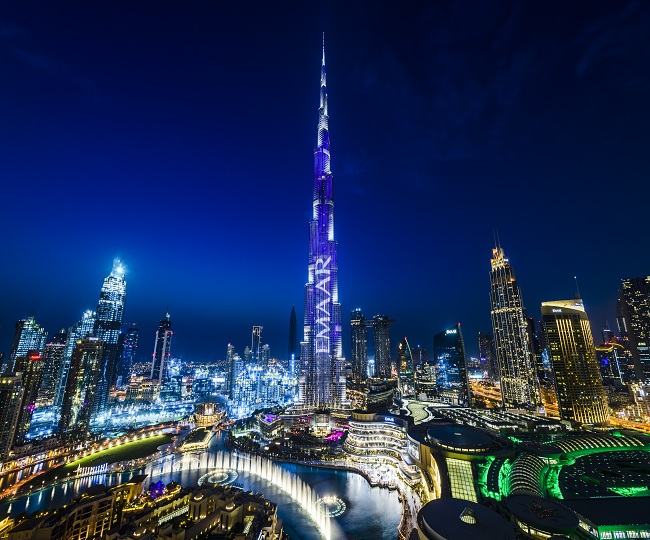 The Dubai Mall is the world's largest place for shopping, entertainment and vacation, located next to the world's tallest building, the Burj Khalifa. With over 1,200 retail stores, two major departmental stores and hundreds of food and beverage outlets, Dubai Mall covers over 1 million sqm of space, an area equivalent to 200 football fields. 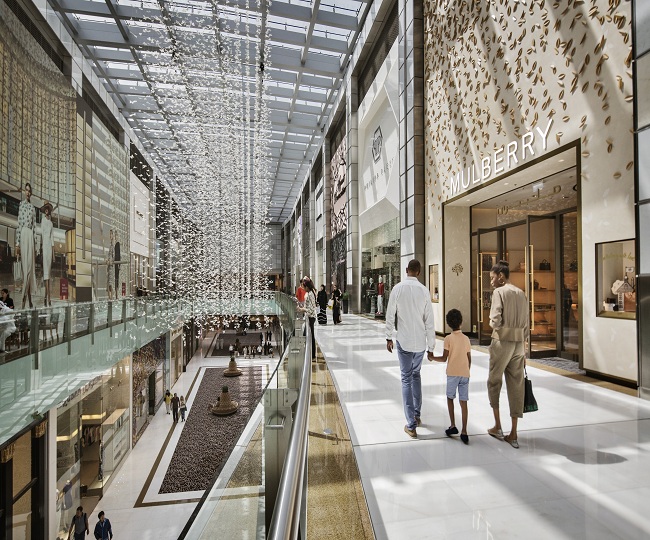 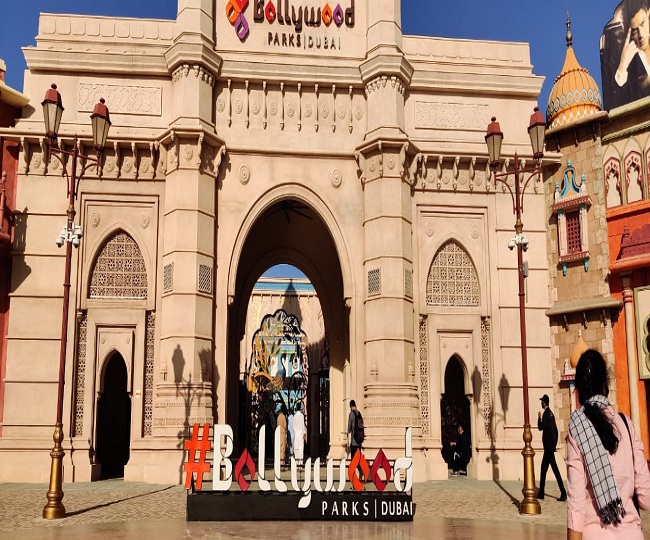 Dubai's Bollywood Parks is the only one of its kind in the world. In Bollywood Parks, you will find an atmosphere inspired by the great Bollywood blockbusters, in six charming zones. Here you can experience different cultures of all regions of India through different colours, music and dance styles.