Unlock 2.0 Guidelines: The Centre eased the night curfew timings across India which will now be imposed from 10 pm to 5 am.

New Delhi | Jagran News Desk: The Ministry of Home affairs on Monday announced guidelines for Unlock 2.0 - the second phase of Centre's lockdown exit plan - under which schools and colleges will remain closed till July 31. International air travel and metro train services will also remain suspended across the country till the end of July.

Cinema halls, gymnasiums, swimming pools, bars and entertainment parks will also remain closed across the country, even those falling outside containment zones. Large gatherings, including social, political, religious and cultural congregations, will also remain banned till the end of July.

However, the Centre eased the night curfew timings across India which will now be imposed from 10 pm to 5 am.

Lockdown 5.0, the fifth phase of nationwide lockdown, along with the first stage of three-phased lockdown exit strategy, will come to an end on June 30. The phased lifting of lockdown came into force in the Centre's bid to review the economy which came to a virtual standstill due to the coronavirus-induced lockdown.

Lockdown 5.0 was focused with restrictions only in containment zones while several relaxations were allowed in other areas that included reopening of shopping malls, markets, religious places of worship and uninterrupted inter- and intra-state travel.

These relaxations were part of Unlock 1.0 which came into effect from June 8. The second phase of lifting of lockdown includes reopening of schools, colleges and other educational institutions following consultations with the states and UTs.

The Ministry of Home Affairs, in its Unlock plan, had put the onus on the state governments to decide on reopening of educational institutions in July after consultation with parents and other stakeholders.

Unlock 1.0: What will open and when; know about the three phases of lockdown upliftment

However, it is unlikely that the institutions will reopen in July given the alarming spike in COVID-19 cases and deaths across the states, particularly Maharashtra and Delhi.

West bengal has already announced extension of lockdown in the state till July 31, during which train services willl remain suspended and schools, colleges and other educational instutions will remain closed.

But, public transport via all three modes - rail, road and air - may see resumption of more services from July 1 onwards. 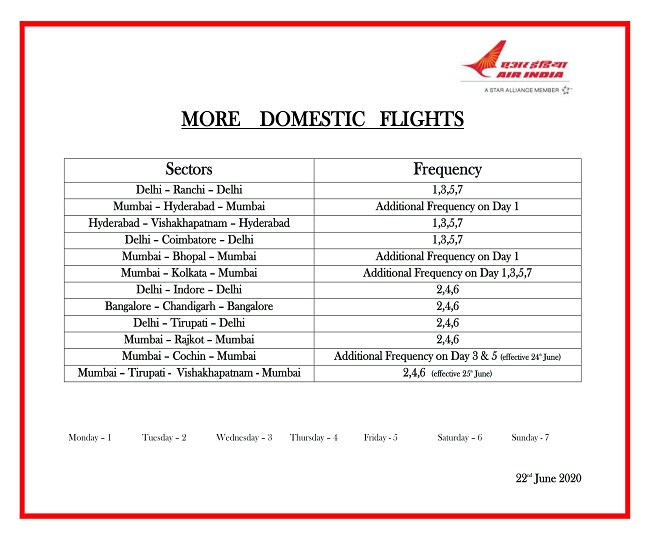 Domestic flight services resumed on May 25 in a calibrated manner after remaining grounded for over two months.

India grounded domestic air transport starting March 24, a day before the lockdown came into effect, to curb the spread of the coronavirus. International flights, which were stopped on March 22, remain shut.

Meanwhile, Railways is also expected to run more special trains even though normal services are unlikely to resume in view of the unabated spike in COVID-19 cases.

According to a report, the Railways has asked all zonal railway offices to send in demands for popular lines.

After Indian Railways resumed passenger train services in the country in a "phased" manner with 15 pairs of trains from 12 May, 2020, the national transporter is now running another 200 special trains since June 1.

These trains also include the popular trains ones Durontos, Sampark Krantis, Jan Shatabdis and Poorva Express and more.

Here is what the third phase of lifting of lockdown includes:

Based on the asssesment of the situtaion, dates for the following activities will be decided later:

- International air travel of passengers, except as permitted by MHA