Mumbai | Jagran News Desk: Rhea Chakraborty, who is the prime suspect in the death case of Sushant Singh Rajput, appeared before the Narcotics Control Bureau (NCB) again today. The central probe agency, which is investigating about the alleged drug racket in the case, had grilled Rhea for more than six hours on Sunday.

Apart from Rhea, her brother Showik and Sushant’s former house manage Samuel Miranda are also under the scanner of the probe agency. The two have already been sent to NCB custody till September 9.

Sushant Singh Rajput, 34, had committed suicide at his Bandra in Mumbai on June 14. Following his death, several agencies, including the Central Bureau of Investigation (CBI) and the Enforcement Directorate (ED), are investigating the matter to solve the mysteries surrounding Sushant’s death.

16:09 pm: Rhea Chakraborty's complaint further states that the "drugs prescribed by the doctor (Dr Tarun Kumar) were prohibited from being prescribed electronically under the Telemedicine Practice Guidelines, 2020."

15:30 pm: Rhea Chakraborty's complaint states that Priyanka had sent Sushant a prescription by Dr Tarun Kumar and he "appears to have prescribed medication controlled under Narcotic Drugs and Psychotropic Substances Act, 1985 to Sushant without any consultation as mandated by law."

15:08 pm: According to an India Today report, NCB will examine CDR of Rhea and Showik Chakraborty, Jaya Shah and Sushant Singh Rajput

14:04 pm: Sushant's sister Shweta Singh Kirti tweets, "We promised each other that we will protect each other forever. But,I failed Bhai...I failed! But here is another promise I and the whole country make to you, we will find the truth, we will get you justice!I knew my brother, the kind of person he was, full of life and joy".

(3/3) Let’s keep our intentions clear, we want to know what is the cause of Sushant’s death, nothing less will suffice! It is Satya ka Agrah, #SatyagrahForSSR

13:41 pm: A session court in Mumbai has adjourned hearing in bail applications of Zaid Vilatra and Abdul Basit till September 9

13:38 pm: Was Sushant Singh Rajput poisoned? Reports of Viscera test conducted by AIIMS to find out in next 10 days

13:00 pm: "AIIMS Forensic Board is conducting viscera test in SSR case to check for poisoning. Result to come within ten days," says Dr Sudhir Gupta, Head of Forensic Departmen at AIIMS and Chairman of Medical board, as reported by ANI

12:53 pm: According to media reports, Rhea was confronted with Showik by the NCB on Sunday

12:09 pm: According to media reports, Maharashtra State Human Rights Commission (MSHRC) has called for reports from the Cooper hospital and Mumbai police about Sushant's death

12:05 pm: Meanwhile, the AIIMS which was investigating Sushant's death will soon fly to Delhi and check the viscera report of the late actor, reports IndiaTV 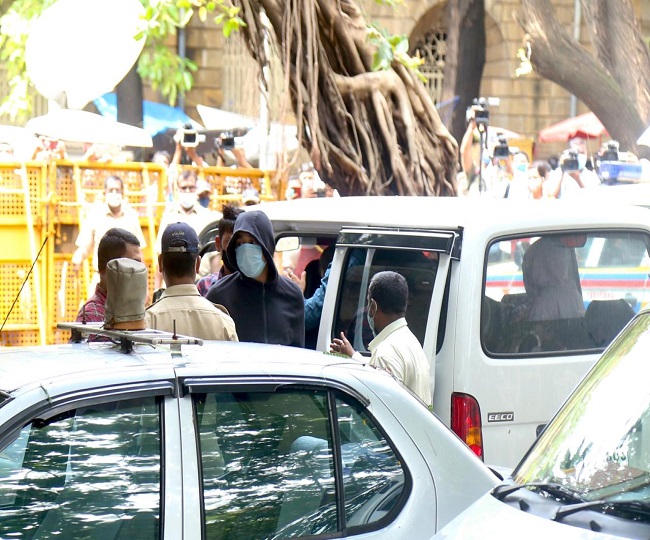 11:21 am: Showik and Samuel Miranda have returned to the NCB official after their respective medical tests

10:48 am: Meanwhile, media reports suggest that the NCB has taken Showik Chakraborty, Samuel Miranda and Zaid for a medical test

10:29 am: NCB has arrested one Anuj Keswani for alleged drug peddling. His name was revealed during the interrogation of Kaizen Ibrahim, reports ANI

9:50 am: Rhea Chakraborty has arrived at the NCB office in Mumbai 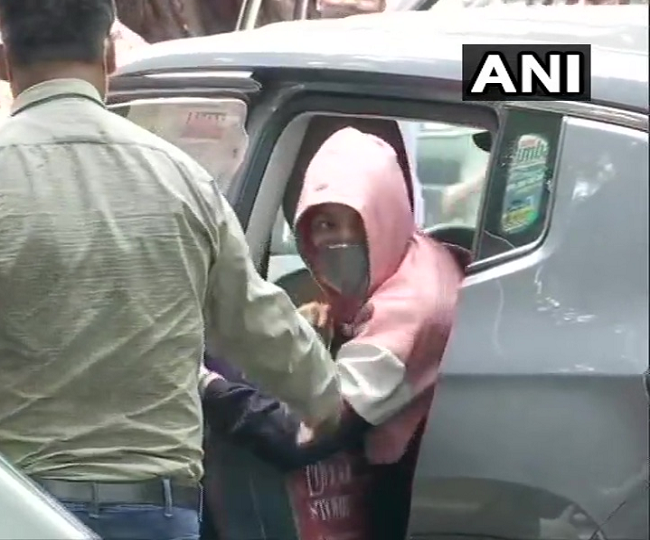 9:20 am: The probe agency has also got the custody of Dipesh Sawant, the house help of Sushant, till September 9

9:15 am: Rhea Chakraborty, who was in a live-in relationship with Sushant, to appear before NCB again today